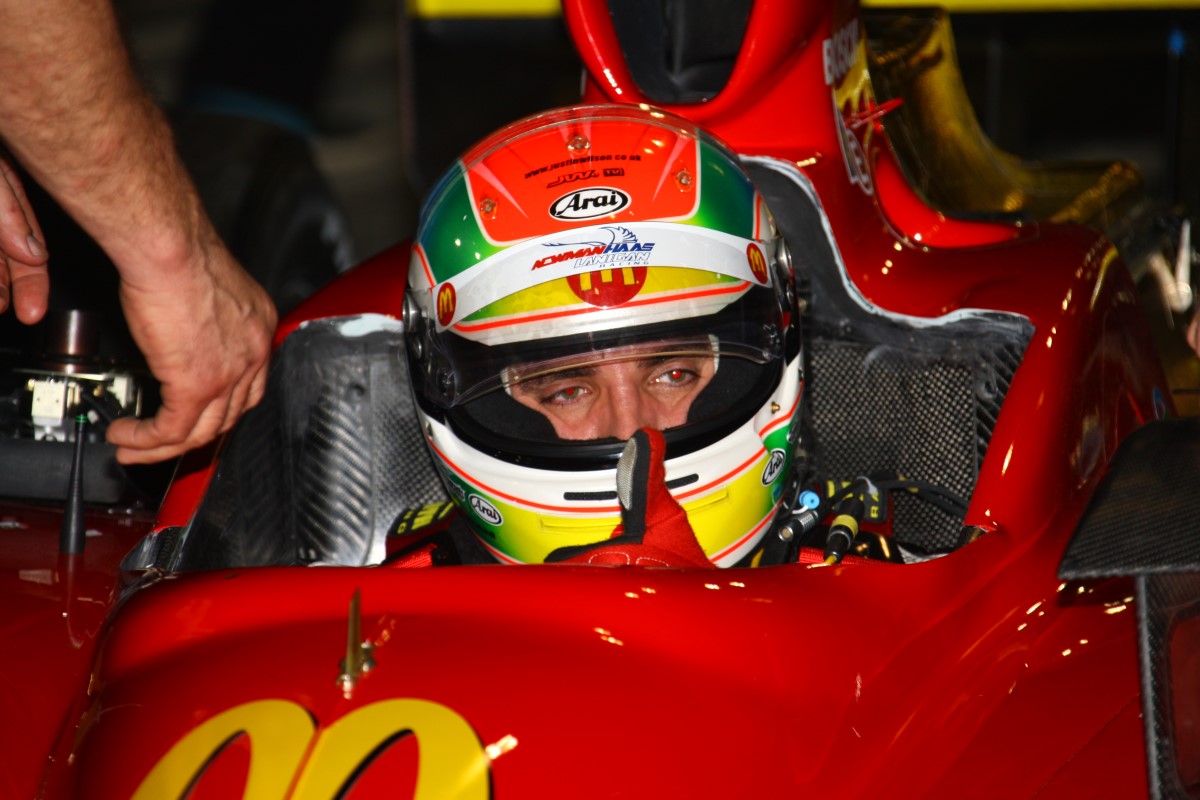 Running in his first oval race for two years, and only the 6th of his career, Justin Wilson took the #02 McDonald's Newman/Haas/Lanigan Racing car to a 15th place finish in his IndyCar Series debut.

On the early race restart, Will Power came into contact with Wilson after drifting down from the high line, resulting in a flat right rear tire on the #02 car and terminal damage to Power's own front suspension. By the time the tire was replaced, Wilson lost three laps to the leaders.

After a race Wilson had this to say about the incident with Power: "I got caught out on the restart. You can race as soon as they shout 'Green' and it had been green for about four seconds when they started to close down on me. I had a car on the left, I was in the middle and there was a car on the right. I was the meat in the sandwich. Will Power was on the right and I'm not sure why he was coming down as much as he was, but it just got too tight. The contact caused a puncture and we lost three laps, then it was pretty much a case of trying not to lose much else and hang on".

Speaking about his car, Wilson said: " The McDonald's car was working really well. I was very pleased that we were quicker than a lot of people. Everyone has worked so hard over the last four weeks. It's good to complete our first IndyCar Series race and now I'm a lot more confident. I think our race pace is far better than our qualifying pace. I know we have work to do but this gives us something to build on. We will go to Sebring on Tuesday to get an idea of how these cars feel on a road course, then we go to St. Petersburg and do something we are more familiar with. We should be further up the order."