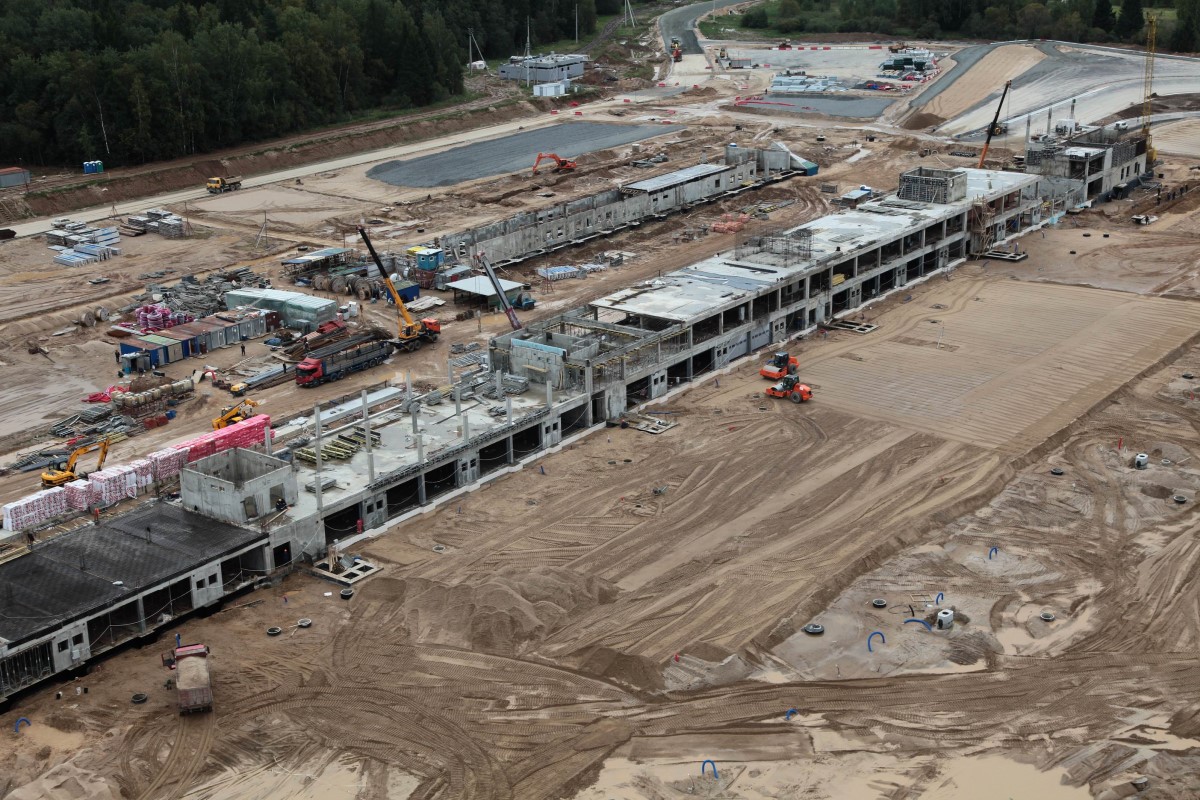 UPDATE The track is slated to be open for racing in July, 2012. The first race will be a World Super Bike race slated for August 2012. The question for IndyCar is whether they can clear a slot in their schedule to add both China and Russia in the warm months. China is rumored to be late August. With both Infineon and Loudon rumored to be dropped from the IndyCar schedule, that's two race weekends in August that would open up for a back-to-back swing in Moscow and Qingdao.

09/22/11 According to inside AR1.com sources in Russia, IndyCar will soon (mid-October) be asked to consider returning to Europe by way of a race at the new Tilke designed 2.4-mile Moscow Raceway 46-miles outside of Moscow. Planned capacity right now is 40,000 spectators. With Tilke designing the facility it will have F1-like standards, which far exceed most tracks IndyCar races at.

F1 will begin racing in Russia at Sotchi in 2014 so IndyCar at this track should not step on Bernie Ecclestone's toes.

Below are construction photo updates.