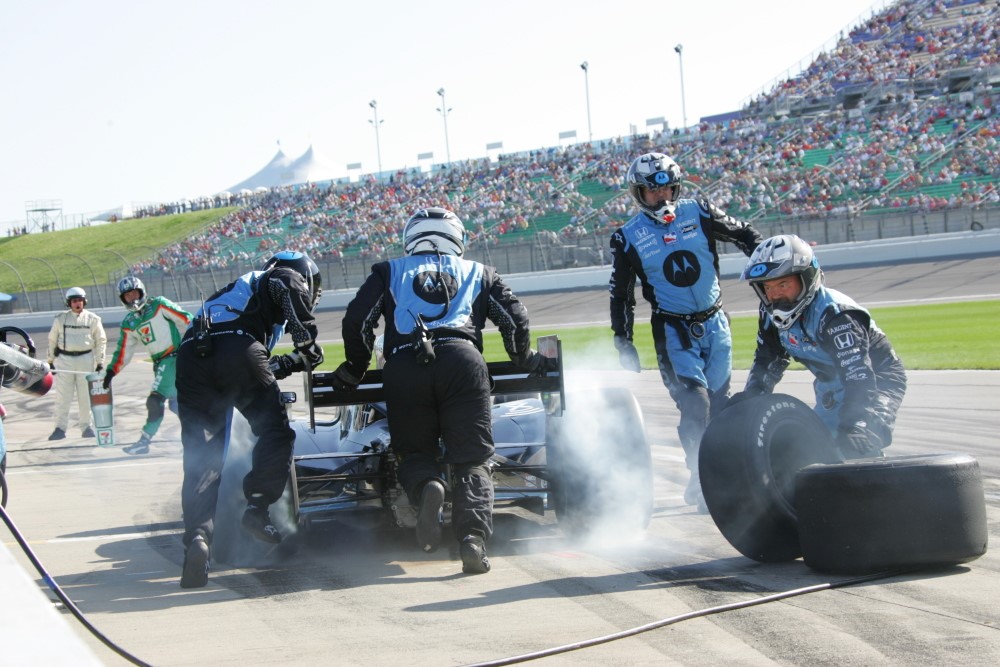 Michael Andretti promises pit-stop changes for his Indy-car team in the wake of last weekend's contact that knocked Tony Kanaan out of the lead at Kansas Speedway.

Turning into his pit box, Kanaan's car was struck by Danica Patrick's as she tried to leave from her stop. Both drive for Andretti Green Racing.

Andretti said car coordinators no longer will be allowed to release their driver via radio communication, beginning with the upcoming Indianapolis 500. That responsibility will literally be in the hands of each car's right front tire changer.

"That's how people get hurt, like when I ran over my guy at Milwaukee a few years ago," the former Indy-car driving champion said Friday. "I thought (the radio voice) said 'Go, go, go,' and he said, 'No, no, no.'

"It's too easy for a driver to get confused. He has to watch his right-front tire changer's hands to see when to go." More at IndyStar.com