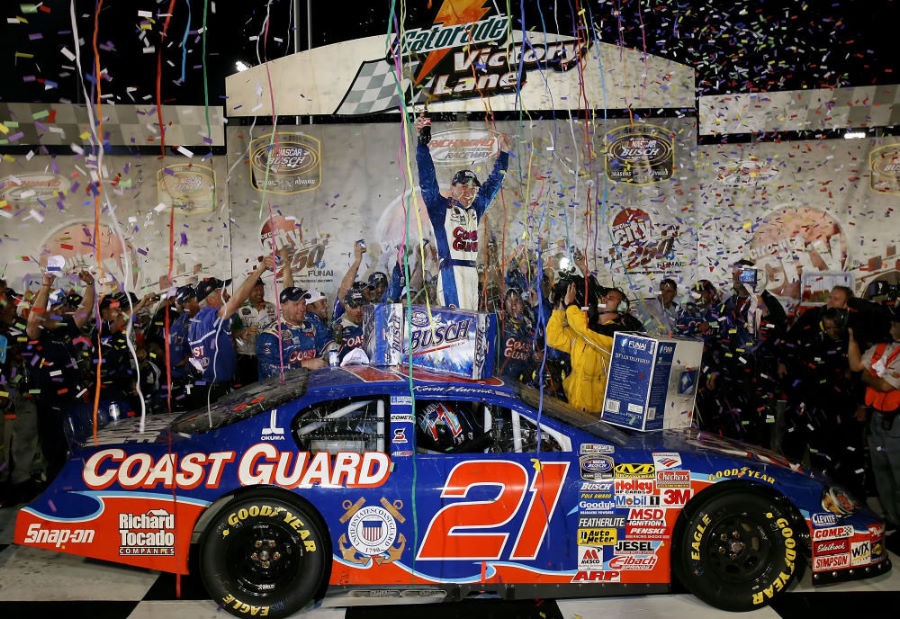 The win was a second highlight for the 2001 series champion nicknamed “Happy" – Harvick and Childress announced on Friday that they have agreed to continue their pairing in the NASCAR NEXTEL Cup Series through 2009.

The event actually started on Friday, about 30 minutes late due to rain showers. Two red flags for rain totaling more than an hour, combined with 13 caution flag periods pushed the late race dramatics to conclude at 12:36 a.m. Saturday.

Harvick started 10th in the U.S. Coast Guard Chevrolet and drove a patient race. He took the lead from Paul Menard in the Menard’s Chevrolet with 46 laps remaining in the event. Three more cautions kept the leaders tightly bunched. The final restart came with 14 laps remaining.

Burton, a South Boston, Va., native racing at his home track, challenged to the high and low sides of Harvick over the final 10 pressure-packed laps, and finished second in his 250th series start. Matt Kenseth finished third followed by Ford teammate Greg Biffle who was relegated to the rear of the field at the start due to an unapproved adjustment after impound. Ryan Newman placed fifth.

Harvick exited the event with an unofficial 313-point lead in the series standings over RCR teammate Bowyer.