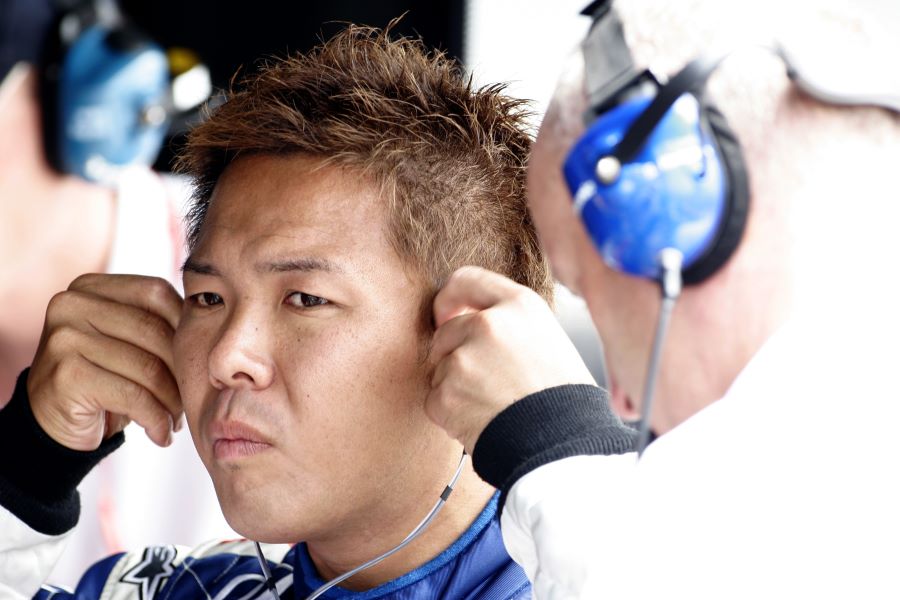 While the safety crew was cleaning up the Alex Barron and Vitor Meira wreck, Japanese driver Kosuke Matsuura creamed the safety truck under caution and was eliminated. As a portion of the field began entering pit lane to avoid debris, Matsuura followed suit. Unexpectedly, an official vehicle pulled out into his path leaving Matsuura nowhere to go. The resulting damage ended his day.

The TV broadcast crew showed his car on the hook after a commercial but conveniently never let the audience know about the embarrassing moment. In the truck were Dr. Henry Bock, and Dr. Terry Trammell and one other doctor. No one was hurt.

Kosuke Matsuura described it this way – “I am really disappointed. I can’t believe our day ended this way. Two cars had crashed in the middle of Turn Four. I was behind Sam Hornish Jr. when he went into pit lane to avoid the debris. I started to follow Hornish into the pit lane, and a rescue vehicle pulled out right in front of me. There wasn’t anything I could do. I think we were looking at a top-six finish tonight."