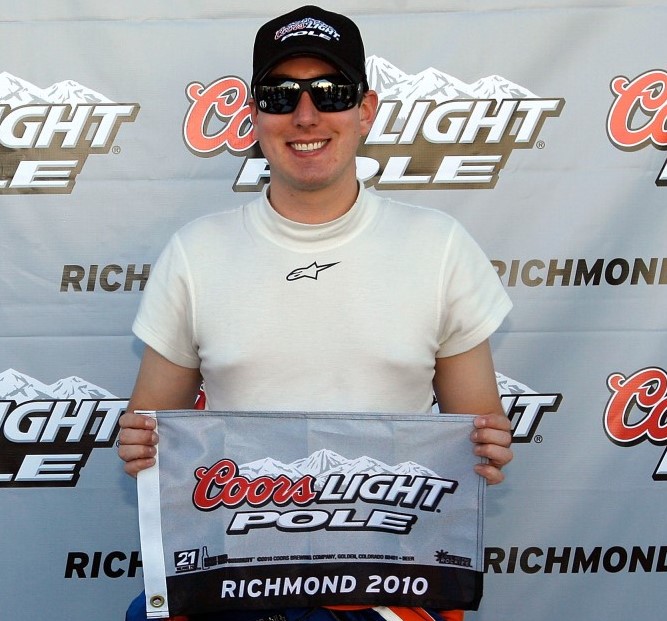 With a lap at 127.077 mph (21.247 seconds), Busch won the pole for Saturday's Crown Royal 400 race at the 0.75-mile short track — less than three hours after putting his Joe Gibbs Racing Toyota on the pole for Friday night's Bubba Burger 250 Nationwide Series race.

Busch edged fellow Camry driver David Reutimann (126.618 mph) for the top starting spot in the 10th race of the Cup season. Hendrick Motorsports teammates Jimmie Johnson (126.464 mph) and Jeff Gordon (126.375 mph), who on Friday downplayed the "feud" that ignited between the four-time champions at Texas and Talladega, will start side-by-side in the third and fourth positions.

"Richmond's one of my best race tracks, I guess for some reason, if not one of my favorites, and [Saturday] we'll try to get [Dave] Rogers his first win as a Cup crew chief," said Busch, who won his first pole of the season, the sixth of his career and his first at Richmond.