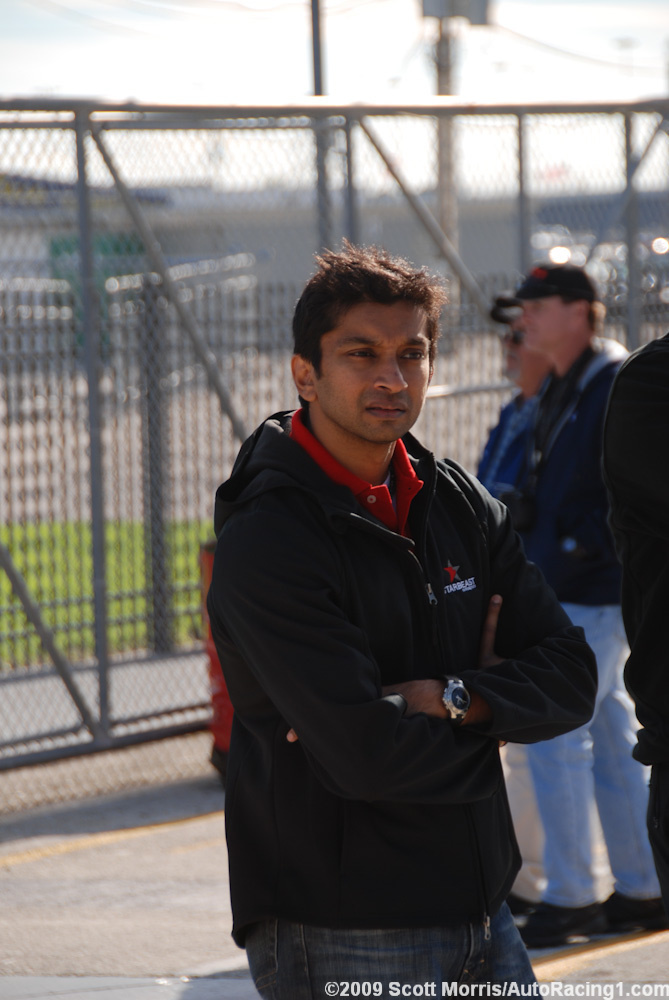 Starbeast Motorsports is a new team in the ARCA racing series for stock cars.

“It’s all open now and I have lots of options. By January, something should be finalized," the 32-year-old from Coimbatore said.

"It's a whole new ball game out there," Karthikeyan told the Times of India.

"I was lucky enough to be invited for a few sessions. NASCAR racing is pure, more basic with its oval tracks and inclined speedways. It's a totally new experience driving heavier cars with spotters speaking to you all the time."

"The economy has thrown things open right now," Karthikeyan admitted. "The financial downturn caused havoc. If A1GP survives I will be there next year. It is a great championship with a lot of competition. However, we will have to sit down and discuss the future course of action if things remain the way they are."