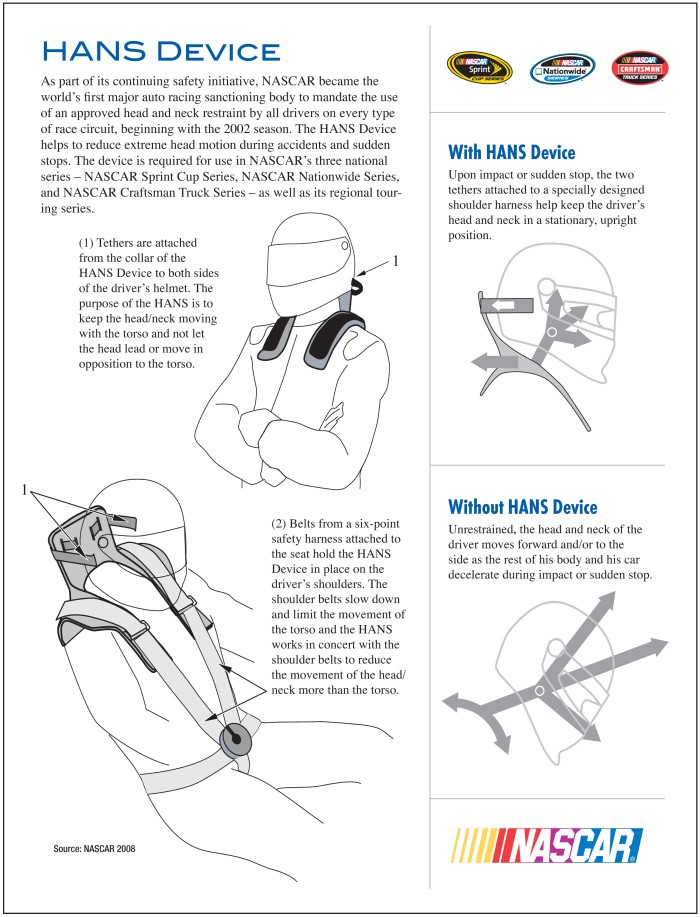 Astronauts wearing HANS devices? It could happen, according to Dr. John Melvin, who helped NASCAR improve the safety features of its stock cars since the start of the 2001 racing season. Melvin said NASA has taken an interest in the data gathered by NASCAR's black box recorders over the last five years and may apply stock car safety standards to its upcoming moon and Mars programs. "NASA has become interested in this data for protecting the crew of the lunar and Mars modules," Melvin said. "I'm working with them, along with some other people, trying to get this data built into their understanding on how to protect people." When NASA ditches the shuttle program and goes back to Apollo-like capsules, the space agency plans to bring the returning space craft home with a ground landing. Daytona Beach News Journal