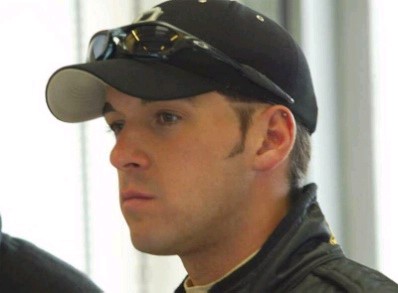 UPDATE #4 We spoke to team owner Eric Bachelart who told AutoRacing1.com that "We did test Winslow but he is not ready for Champ Car. We are still talking to him regarding a possible Champ Car Atlantic ride for 2008, however."

12/26/07 We have added James Winslow to our 2008 Champ Car Silly Season page with the Conquest team based on this dialog:

Crash.net:
Of course, the other notable test you've had was with Conquest Racing in a Champ Car….

Winslow:
And that was fantastic! That's basically the way we want to go for 2008 and it's what we're working towards right now. I'm planning to test for Conquest again in January and we're hoping that we can get a drive in Champ Car. If not, we're also considering doing Champ Car Atlantic so that we can learn the circuits, learn the American way but, as a destination in motorsport, we're driving towards Champ Car, either in 2008 or 2009. That's what we really want to aim for.

Crash.net:
Opes Prime appeared on the Conquest car for the last couple of rounds of this year's series. Are they going to be going with you to the US?

Winslow:
Yes, Opes Prime are basically going to be involved with Conquest in some way, although I'm not sure exactly how it's going to work just yet. I'm sure that'll be revealed quite soon, but I'm hoping to do either Champ Car or Atlantic next season and we're talking to Conquest and a few other teams as well, so it's all quite exciting and, one way or another, we'll definitely be racing in America next season.

12/20/07 Expect this rumor, first broke by AutoRacing1.com back in August, to soon go to 'fact' as AutoRacing1.com has learned that Conquest Racing has landed a big sponsor and will soon announce they are committing to run a full 2-car Champ Car team in 2008, up from one car in 2007. The good news about this is that the team found the sponsor on their own and did not require that a driver bring a large check. We await the formal announcement.

08/23/07 AutoRacing1.com had a chance to speak to Eric Bachelart in Brussels today during the Champ Car driver presentation at the Autoworld Museum. He said that "we are aiming to expand to a 2-car team next year. We have a number of things we are working on that we hope will fall into place."

As one might expect, his Conquest Racing team was the center of attention with the Belgian media since he, his driver Jan Heylen, and the team sponsor are all from Belgium (See photo above right). More later.