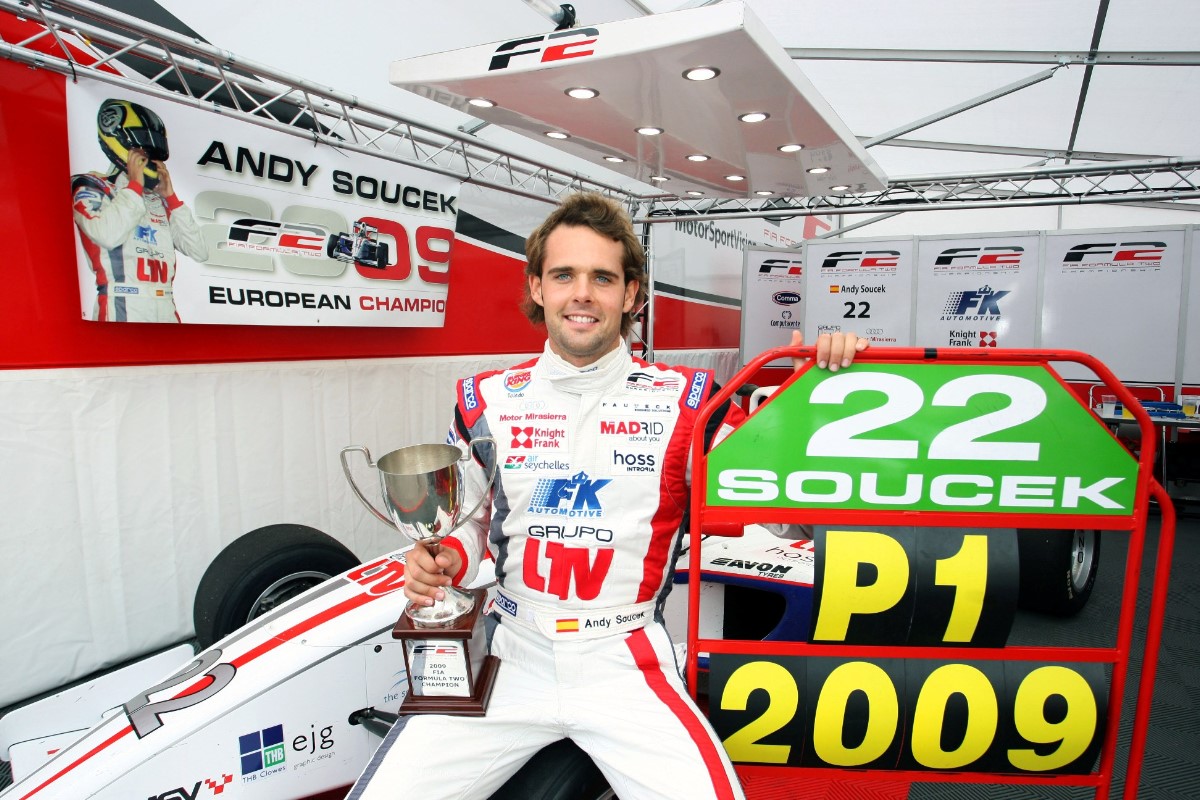 The Spaniard will earn a full test with the AT&T Williams F1 team, after building an unassailable points lead over his championship rivals with three races to go in the season.

Soucek clinched the crown with an impressive third place during today’s race in Italy after he started the race down in sixth. A delighted Soucek said: “As you can imagine I feel fantastic – I still can't believe it! I have performed well throughout the championship and I have to be very proud. The test with Williams is a real chance for me to get into Formula One. It's going to be a new experience for me: it will be with slicks, and it will be with Williams who have had a good year. Hopefully I will have a very good test – I'm going to prepare myself physically as good as I can and if it goes well we will see what happens next year.

Soucek has proved himself the class of 25-strong international field, the Spaniard amassing a total of four race wins and eight podiums thus far this season. He has been in imperious form on his run to the championship, finishing in the top four for the last ten consecutive races.

Sir Frank Williams, Team Principal of the Williams F1 team, led the plaudits after Soucek’s championship victory. Sir Frank said: “I personally offer Andy my very sincere congratulations on effectively dominating a very close category of motor racing. I remember saying a year ago that Formula Two would join GP2 as the desired or accepted stream of new up and coming drivers for Formula One, and I will as a result of this season continue to believe the same.

Patrick Head, Director of Engineering at Williams, said: “Congratulations to Andy! He’s driven a fine season in the first year of Formula Two. We are looking forward to running him in our Formula One car, and I hope the whole process will help get him to achieve his ambition to compete in the Formula One World Championship."

Jonathan Palmer, Chief Executive of MotorSport Vision, said: “I am really thrilled. We established Formula Two to provide drivers who couldn’t afford budgets of 1-1.5 million Euros, the chance to prove that they could be some of the best drivers in the world, and I believe we have achieved that. Andy is a very deserving winner of this championship. He has been outstanding and I am really proud of the job he has done. I am sure Andy will be a fantastic ambassador for Formula Two."