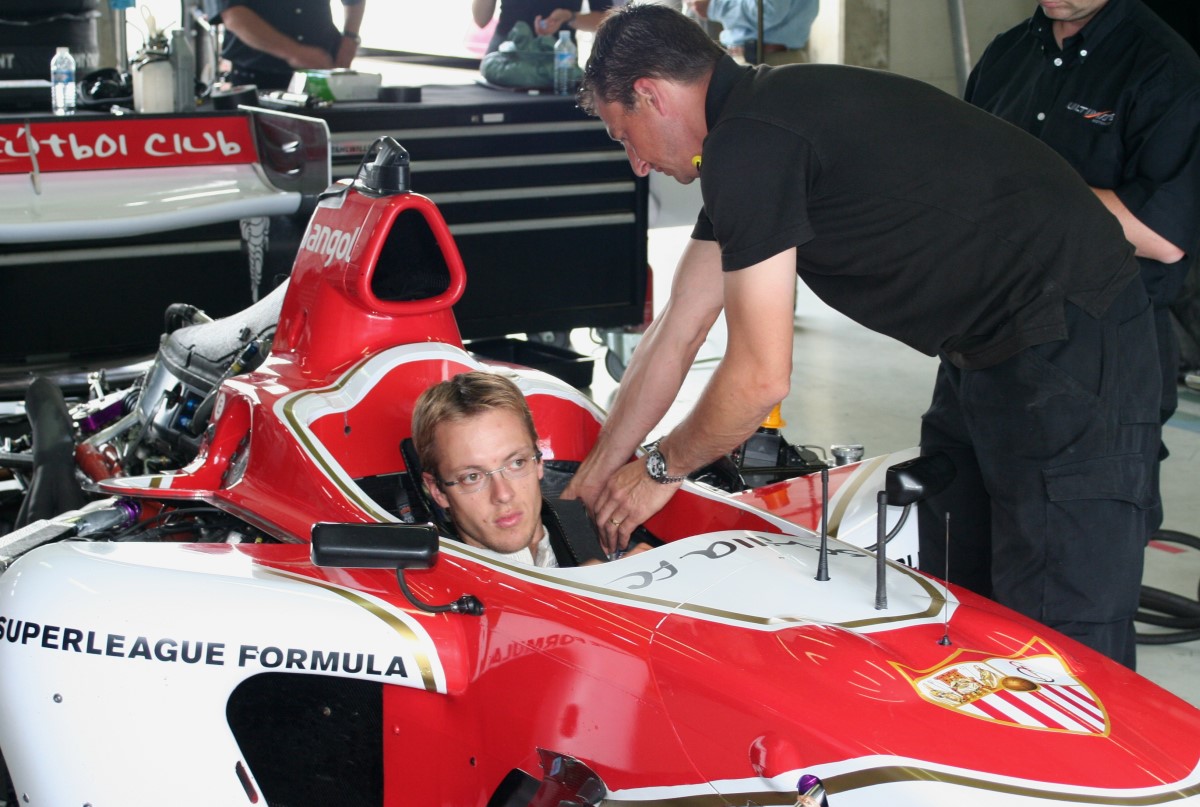 Having won in almost every championship he’s entered and the owner of one of motorsport’s most impressive CVs, Sébastien Bourdais, after contesting 27 grand prix, is ready to accept a new challenge; Superleague Formula by Sonangol, the only series to marry the passion of football with the excitement of motor racing. The Frenchman will begin his campaign as early as this coming weekend in Estoril (Portugal) racing for Spanish club FC Sevilla.

Bourdais’ career has been a highly successful one. He remains the youngest-ever French F3 champion before also claiming the prestigious International F3000 crown in 2002. However, it is in the States where he earned his most coveted achievements, winning four consecutive Champ Car series titles for Hollywood legend Paul Newman and team partner Carl Haas. Although a single seater specialist, Bourdais has also shined in European and American sportscar racing, where he’s recorded several strong results.

Superleague Formula by Sonangol is delighted to welcome a champion of Bourdais’ caliber which confirms the category’s position as a genuine alternative to Formula 1 for professional drivers. Indeed, the Frenchman will go up against fellow former F1 protagonists Giorgio Pantano (2008 GP2 Series Champion and ex-Jordan Grand Prix driver), Antonio Pizzonia and Enrique Bernoldi, not to mention the host of young talent eager to test itself against the best.

Alex Andreu (President of Superleague Formula):
“Superleague Formula is very happy and very proud to welcome a driver with as many titles as Sébastien Bourdais. His decision was made after testing our car at the Magny-Cours circuit, who I would like to thank for believing in our project and participating in its development. Our objective is to attract the best professional drivers to our series. Giorgio Pantano, Antonio Pizzonia and today Sébastien Bourdais are amongst these. We’re also hopeful that others will join us shortly. The more drivers we have of their caliber, the more Superleague Formula will carve its rightful place in the modern motorsport landscape, as well as offering a quality show to its fans."

“The best alternative to F1"

What motivated you to come and race in Superleague Formula?
“For a driver, Superleague Formula is the best alternative to F1. Today, it’s the only other championship in Europe to offer a driver the possibility of racing single seaters at a high, professional level. I am also a firm believer in the concept of merging motorsport and football. It’s a partnership that offers enormous potential and should have a good future. Once the championship is established and more widely known, I am sure that Superleague Formula will be very strong."

What were your first impressions at the wheel of Superleague Formula’s Elan chassis, V12-powered single seater?
“The test at Magny-Cours made me realize just how fun the car is to drive. An F1 car is faster because it’s lighter. But the Elan V12 happens to be a very competitive car, benefiting from a lot of aerodynamic downforce and a very potent engine, drivable and powerful across the rev range, and offering a large scope of usage. It’s a consistent single seater that’s a pleasure to drive."

What’s the target for your debut in Estoril?
“My desire is evidently to be competitive straight away at Estoril. Now, I only did a few laps in the car and the team is quite new to the championship. To win as soon as my first race will not be easy for sure. I also want to have fun, which hasn’t often been the case for me during this last year."

How do you approach the race and qualifying formats which are specific to Superleague Formula?
“I will discover a qualifying system which is different to what I’ve been used to as it requires a very tactical approach. As far as the three races go, the totally reversed grid for the second reminds me of Formula Campus. This creates a lot of overtaking opportunities which improves the overall show on track, especially if the objective is to secure a place in the Super Final. To some degree though, Superleague Formula reminds me of racing in Champ Car."

Are you a football fan?
“Without being an aficionado of football, I do often attend Le Mans fixtures – my home-town – as well as supporting the French national side during the important international tournaments."