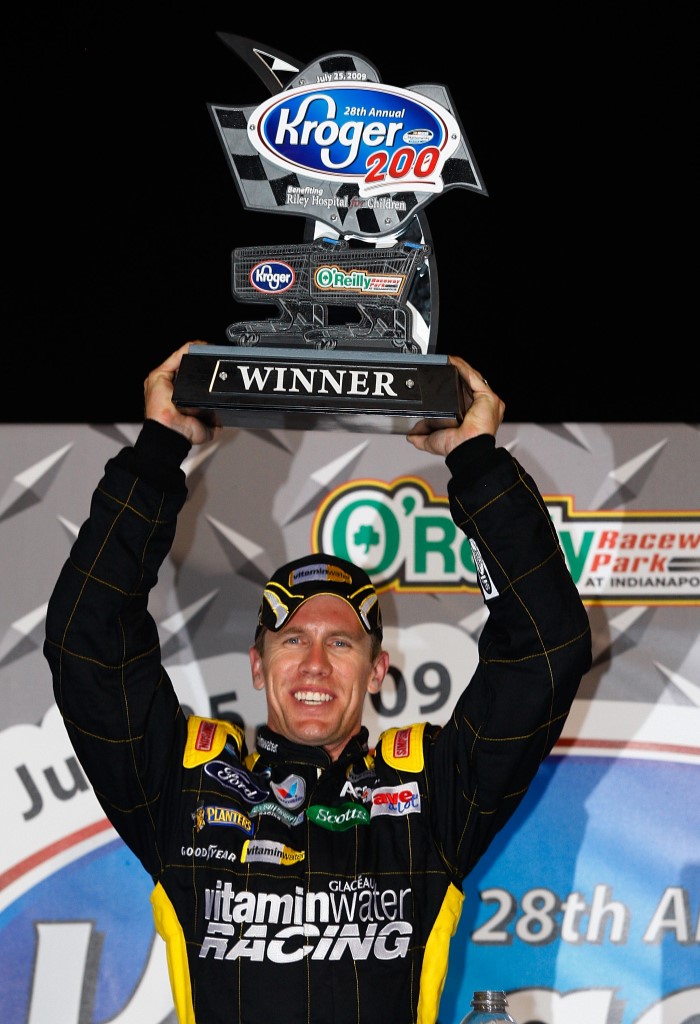 Edwards had the dominant car after starting from the rear of the field because he missed qualifying to participate in a practice session for Sunday’s NASCAR Sprint Cup Series race at nearby Indianapolis Motor Speedway.

Edwards led twice for 72 of the race’s 200 laps but lost the lead with 30 laps to go under caution. Edwards’ No. 60 Ford was pinned behind Scott Wimmer’s Chevrolet in the pits, and Edwards mistakenly put his car in the wrong gear.

Busch led coming to the green flag on Lap 174, but Edwards battled him hard and finally made the pass for the lead on Lap 179.

Bayne and Steve Wallace, while running 1-2, were involved in a bizarre accident on Lap 36 after Michael Annett crashed in Turn 3. As Bayne and Wallace took the yellow flag and slowed into Turn 1, the pace car hit the track in the middle of the corner.

Bayne slowed to stay behind the caution car, but Wallace rammed him from the rear, spinning out both cars. NASCAR ruled that since they didn’t maintain caution speed, they took their positions from where they blended in.