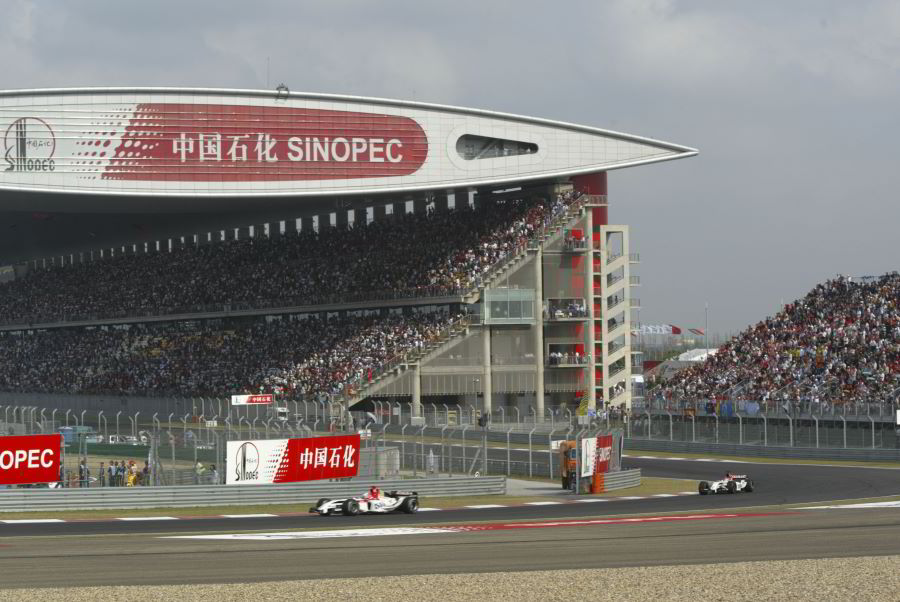 UPDATE This rumor is downgraded to 'speculation' today. Ferrari may have scuppered BAR's sponsor agreement with Chinese state petrochemical giant Sinopec, we can reveal. It was earlier reported that the oil company, already title sponsor of the inaugural Chinese grand prix at Shanghai, had 'almost certainly' tied up a deal – to start next year – with the Brackley-based F1 team. But it is now suggested that, given existing oil partner Shell's reported financial problems, world champion marque Ferrari opened a dialogue with Sinopec and may have put together a proposal for 2006 and beyond. ''Shell will be with us next year,'' a Ferrari team member confirmed. 10/14/04

AutoRacing1.com sources in China tell us that Sinopec, the Chinese oil and gas giant that is also the primary sponsor of the Formula 1 Shanghai GP, is close to concluding a major sponsorship deal with BAR-Honda. Sinopec’s logo would replace Lucky Strike on the sidepods in 2005 for the non-tobacco races and be positioned to become the primary sponsor for all events in 2007. Mark C.