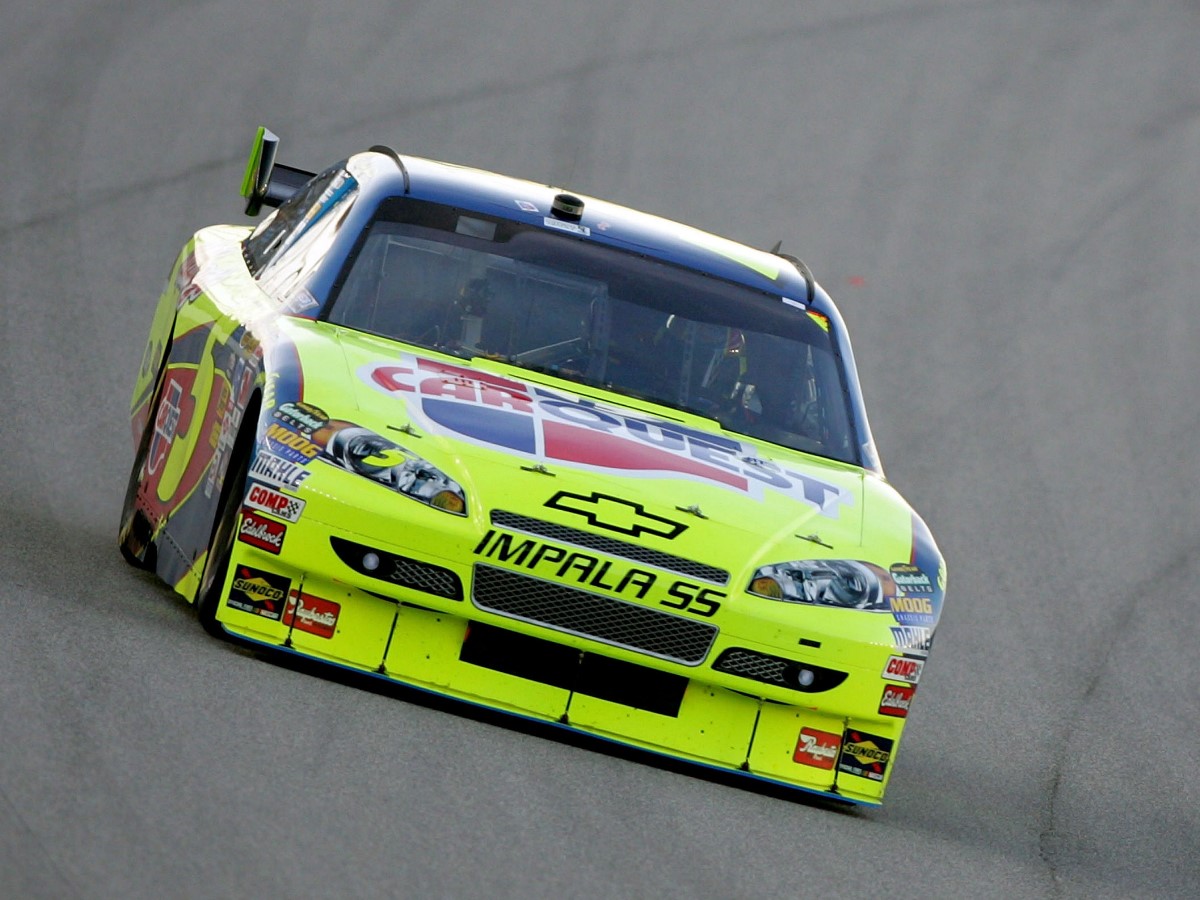 Body-slamming and bump-drafting were the order of the day — at 1.5-mile Chicagoland Speedway, no less — and 50-year-old Mark Martin was the last man standing in a wild LifeLock.com 400.

Pulling away after a double-file restart with two laps left in Saturday night's NASCAR Sprint Cup race, Martin won his series-best fourth race of the season and the 39th of his career. Martin gained two positions to 11th in the standings and will have at least 40 bonus points for the Chase for the NASCAR Sprint Cup seven races hence, if he can hold a position in the top 12.

"That was fun," Martin exulted after climbing from his car. "That's what life's all about right there. These guys (Martin's No. 5 Chevrolet crew) deserved to win. We could have parked the car (Friday) with an hour left in practice. I knew it was awesome.

"But the best car doesn't usually win. The double-file restarts are to mess the best car up so he doesn't win, to make it good for the fans — and it did — but luckily we pulled it off anyway."

As the race neared its end, the action intensified. Contact from Dale Earnhardt Jr.'s Chevrolet cut the left rear tire of Paul Menard's Ford on Lap 227 of 267, igniting a multicar wreck in the tri-oval that eliminated the cars of Jeff Burton and Scott Speed.

NASCAR called the sixth caution on Lap 246 for debris from David Reutimann's car, which scraped the wall in Turn 2 after a side-by-side battle with Montoya. Gordon took tires under caution on Lap 248, and after a restart on Lap 251 dropped Johnson from the lead and scrambled the running order at the front of the field, Martin pulled away with Gordon chasing.

Oil from Kyle Busch's blown engine brought out the seventh caution on Lap 261, setting up the restart with two laps left, with Martin opting for the outside lane with Gordon beside him to the inside. Martin got an excellent jump on the start and pulled away for the win.

"What an incredible call that (crew chief) Steve Letarte made," said Gordon, who is second in the standings, 175 points behind Stewart. "And the whole pit crew that did a fantastic job getting us off pit road with four tires. Then it was just a battle, maneuvering through traffic, cars slipping and sliding all over the place.

"Mark went a little bit early (on the final restart). I just spun the tires when I tried to get it going. It was still a great finish, one-two for Hendrick."

Johnson, the three-time defending Cup champion, led the field to the restart on Lap 251 only to see his No. 48 Chevrolet roughed up in traffic on the restart. Johnson, Hamlin and Vickers all sustained damage as the cars were dicing for position during the next two laps.

"… There was a lot of body-slamming out there, and guys were bump-drafting down the straightaways," Johnson said. "I didn't think we could do that at a mile-and-a-half track."

Notes: Martin is within one victory of Harry Gant's 1991 record of five wins in a season by a driver 50 or older. … By picking Martin and Jeff Gordon to finish first and second in the LifeLock 400 at Michigan in June and seeing them finish in the same order at Chicagoland, sweepstakes winners Donna and Richard Musgrave of Newcastle, Colo., won a $1-million prize. Gordon passed Kahne for second place on the final lap. … Greg Biffle finished 31st Saturday and fell to 13th in the standings, 10 points behind Matt Kenseth in 12th.