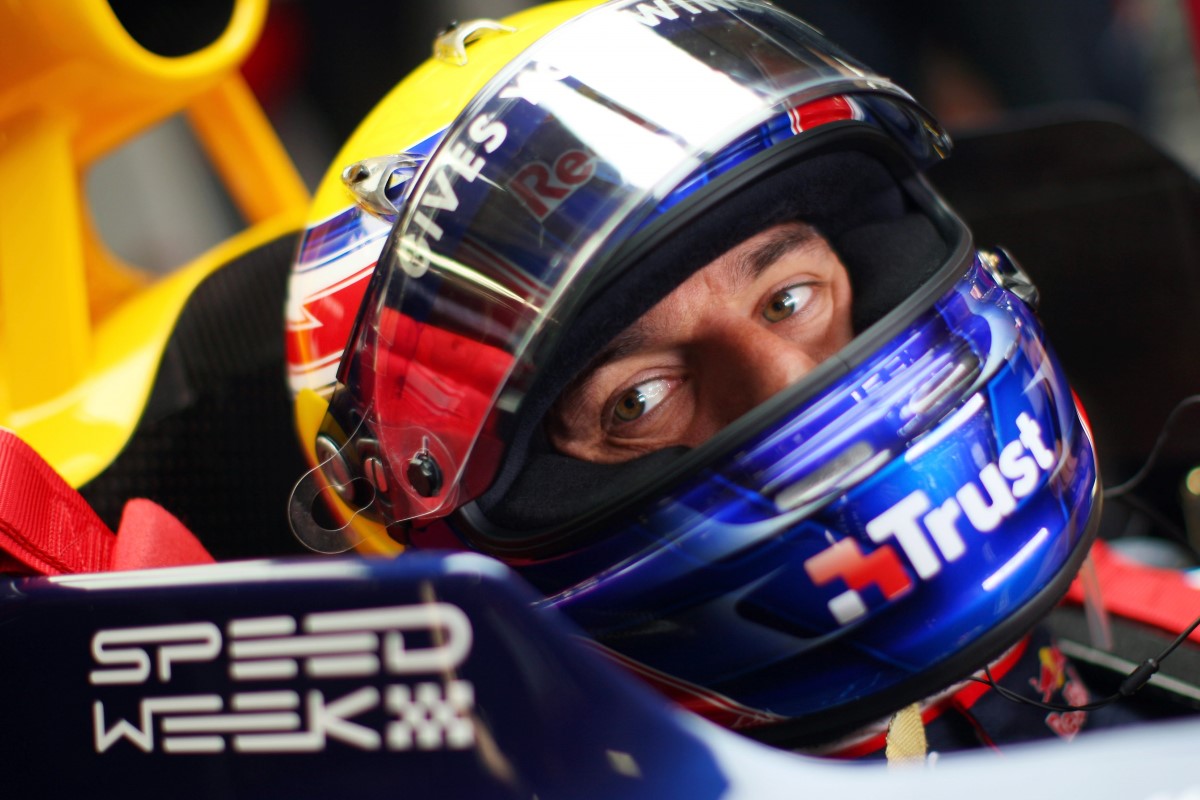 Red Bull driver Mark Webber has won his first ever F1 pole today in Germany. In a qualifying session spoiled by intermittent rain showers, Webber turned a lap of 1m32.230s to top Rubens Barrichello's 1m32.357s time in his Brawn. In Q2 Webber was 3.5s slower than Barrichello, such was the crapshoot of catching a dryer lap than the next driver.

“This is a very special day for me. I’ve been close to getting pole a few times in the past. Today we’re here and the team has done a great job. We’ve been quick all weekend and all the teams and drivers got really tested in that session. It was very, very chaotic and to deliver the lap time when it absolutely counted was very important to me.

"Getting the best time is fantastic. The car is working very well here and I was talking to my engineer Ciaran all the time, asking him what we were doing, because the track conditions were so hard; it looked quite dry, but the slicks just wouldn’t take it at all.

"In Q2, it was really hard to read what we needed for the last ten minutes. In the end, the key for me was three clean sectors and that’s what got me pole. I called on my experience and I have a great team of people, the guys on the pit wall making the right calls for me. They can see what the other drivers are doing. We’re the best drivers in the world and we know when people are making mistakes that it’s down to the wrong tires. So we stick to the decisions we make and believe in them and go out and do the best we can, because we know everyone’s in a bit of trouble in those conditions.

"A huge thanks to all the team, both here and in the factory and I hope that it can be my first win tomorrow. We’re in a fantastic position to do it. Obviously these guys (Barrichello and Button) have had a very strong season and will push us, but we’re looking forward to a fight. I’m up for trying to take my first race win tomorrow if I can."

Jenson Button was 3rd in the other Brawn followed by Sebastian Vettel's Red Bull and the McLarens of Lewis Hamilton and Heikki Kovalainen.

Vettel felt he could have done a better job today.

"I'm not frustrated, but it was possible to do better. But my last lap was not great so it's not front row today. It was tight, I don't blame the car, I blame myself. Who knows for tomorrow, the weather is so unpredictable, we'll see. It depends on your tires and how the circuit is acting. Anything is possible, dry, wet, something in between. It will be an exciting race tomorrow whoever does the right thing at the time will be ahead."

Adrian Sutil (7th) beat both Ferraris, which must have felt like a pole position performance to the struggling Force India driver.

Many drivers were caught out by the rain as they switched between intermediate rain tires and dry tires trying to guess the track conditions, including Fernando Alonso who spun in the wet at the end of Q2 and missed making it into Q3.

"Tomorrow is going to be an interesting one," said the Button. "Weather looks similar to today so it's a little bit of luck, but also looking at what everyone else is doing and trying to make the best out of the situation."

Reigning world champion Lewis Hamilton carried his strong form powered by significant improvements to his McLaren into a credible fifth spot on the grid.

"We won't take it for granted but we're going to enjoy it," he said. "The guys have worked so hard and it's so much better. It's a great result for us."

Sebastien Bourdais was dead last again, in what some say is sure to be his last F1 race given his performance.