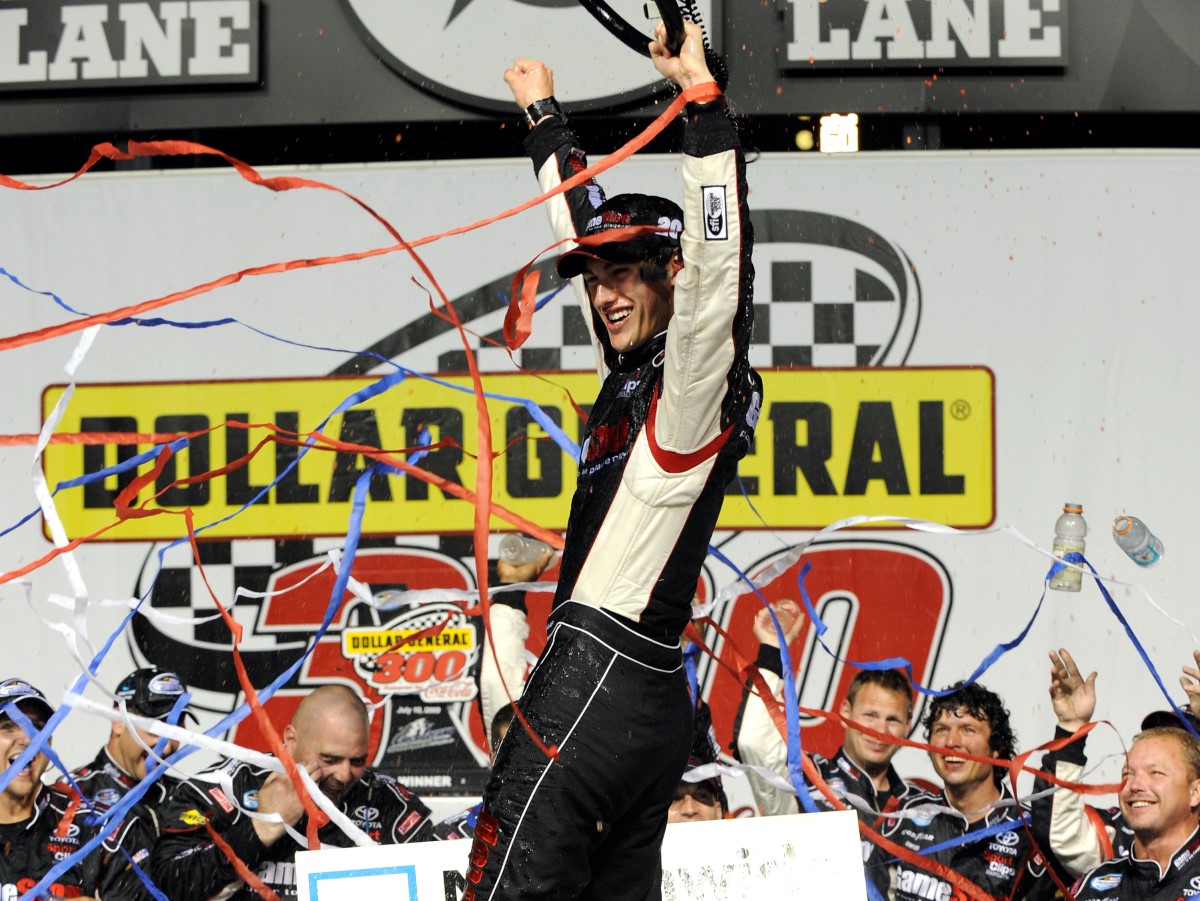 It would have been hard to find more than two people at Chicagoland Speedway who thought crew chief Dave Rogers' final call was the right one.

Even driver Joey Logano had his doubts. But Logano streaked to victory in Friday night's Dollar General 300 Nationwide Series race, vindicating Rogers' decision to keep Logano on the track during a late caution in the 200-lap event at the 1.5-mile speedway.

Logano, who led a race-high 96 laps, stayed out on old tires during the second and final caution of the race — called on Lap 185 because of debris — as did Jason Leffler. After the restart on Lap 192, Logano pulled away from teammate Kyle Busch, who took two tires under the caution.

"I can't believe it, dude — he's driving away from me!" Busch radioed after the final restart.

In fact, Logano pulled away to win by 2.619 seconds over Busch, who nevertheless extended his lead in the Nationwide standings to 192 points over sixth-place finisher Carl Edwards. Brian Vickers ran third, followed by Leffler and Kevin Harvick.

"We thought we got beat there at the end," said Logano, who won his third race of the season and his first at Chicagoland. "Everybody else took tires except for the 38 (Leffler)… But the clean air was big."

Busch conceded that his Joe Gibbs Racing teammate had the superior car. Busch's Toyota was too loose for the driver's liking.

"Joey had a better car than us tonight," said Busch, who has two wins and four runner-up finishes in his last six starts. "I just couldn't charge the corner (because of the loose condition), and I feel like that's where I was getting beat."

Brad Keselowski's championship hopes suffered a severe blow when he ran out of fuel before pitting on Lap 57 during the first green-flag run of the race. Keselowski lost two laps before his crew could get the stalled No. 88 Chevrolet refired. Though he rallied for an 18th-place finish and held third in the Nationwide standings, Keselowski fell 334 points behind Busch.

The same fate befell Ryan Newman, Keselowski's teammate-for-a day at JR Motorsports. Newman was out of gas when he pitted from the lead on Lap 57 and lost a lap in the pits. He finished 22nd.