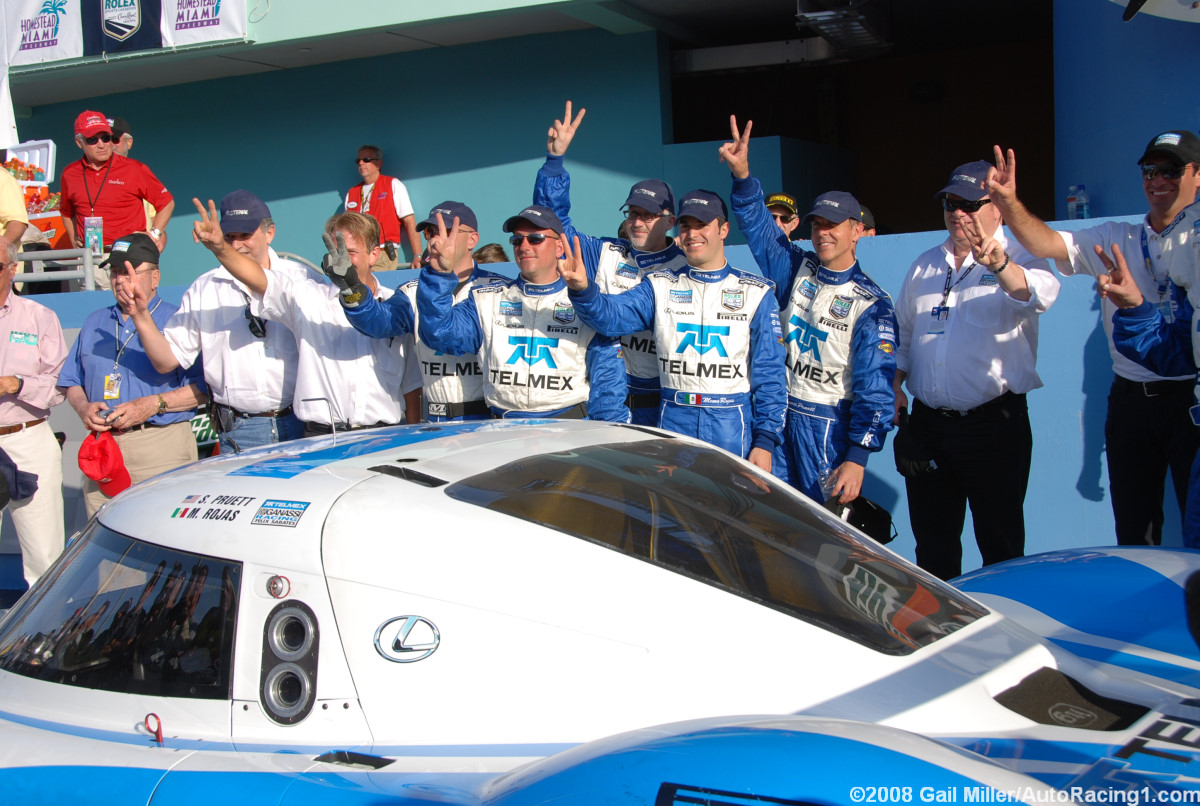 The duo, who led every practice session leading up to the race only to qualify third, combined to lead 51 laps overall (Pruett 41 of them) in the 99-lap (two-hour and 45-minute event) and are now two-for-two on the young season. Pruett and Rojas were also part of the quartet that won January's Rolex 24 At Daytona.

Rounding out the Daytona Prototype podium were Oswaldo Negri and Mark Patterson in the No. 60 Michael Shank Racing Ford Riley, putting three different manufacturers in the top three.

In GT, the No. 07 Banner Racing Banner Engineering Pontiac GXP.R of Kelly Collins and Paul Edwards won from the pole and overall, the team finished 10th. The two combined to lead 51 circuits, with Edwards leading a class-high 30.

Tim George Jr. and Spencer Pumpelly, in their first sprint race together as co-drivers, finished second in the No. 67 TRG Gleukos/Monster Cable Porsche GT3. It marks the second straight runner-up finish for TRG in the event and second this season after the team's No. 66 took second at Daytona.

Banner Racing also rounded out the podium with a third-place finish. Team owner Leighton Reese and co-driver Jan Magnussen started second-to-last on the grid following an engine change following Friday's qualifying session, but quickly charged through the field and ended up in third.