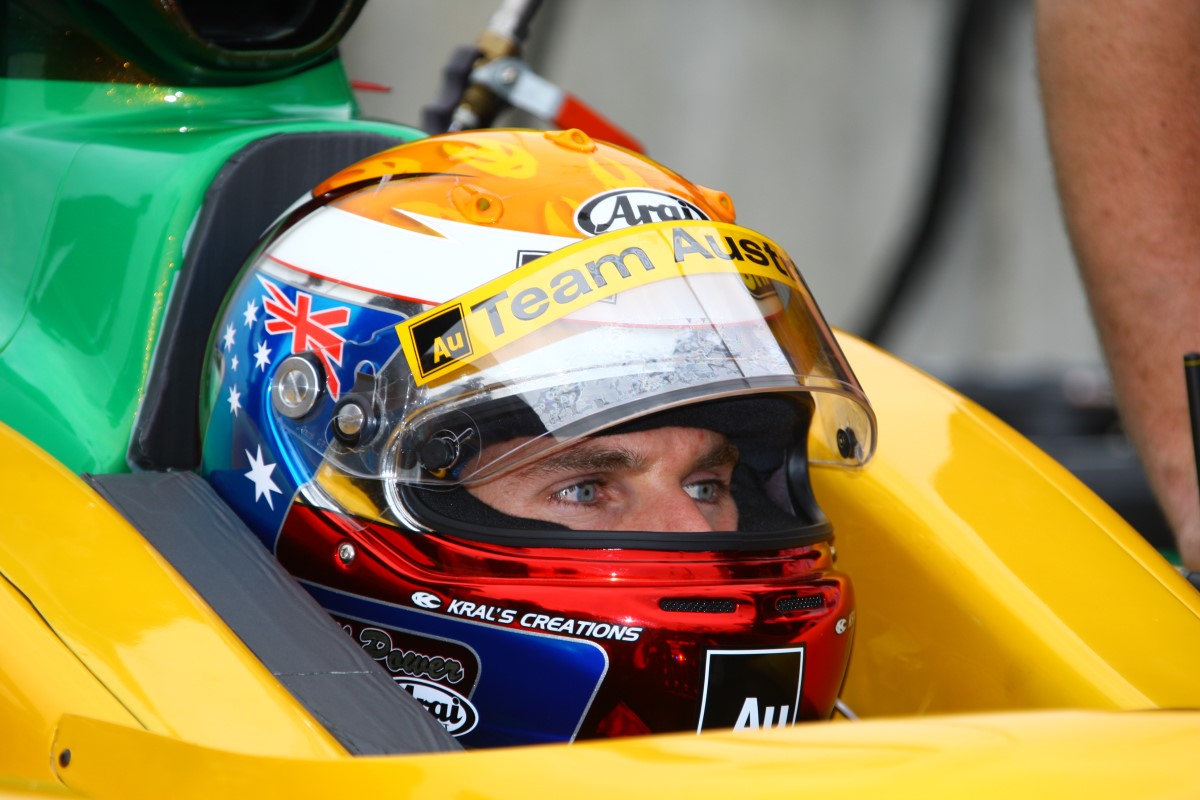 The new era in open-wheel racing – of which Australia’s own Gold Coast Indy 300 is a part – will begin on March 29 with the 2008 season opener of the unified IndyCar Series at Homestead-Miami Speedway.

“I am extremely excited about having one series again," said Castroneves, a two-time Indianapolis 500 winner who made 79 starts in CART before his 97 career starts in the IndyCar Series.

Fans will be rewarded when 26 cars take to the starting grid for the 2008 season opener. The count represents 17 cars from teams that previously competed in the IndyCar Series and nine cars from five teams transitioning to the new-look unified series.

The favorite in the 200-lap, 300-mile season opener is Target Chip Ganassi Racing’s Dan Wheldon, who will be looking for a record-setting fourth consecutive victory on the 1.5-mile, variable-banked oval.

Last year Wheldon beat team-mate Dixon by more than six seconds at Homestead-Miami, but in 2006, he edged Castroneves by just 0.0147 of a second in the closest race in track history.

With Target Chip Ganassi Racing the ‘sister team’ to Power’s KV Racing Technology stable, the 27 year old is sure to be watching Wheldon as he makes only his second oval appearance in his competitive career this weekend after completing oval testing at Homestead-Miami Speedway this week.

Power was the third fastest driver on day one of testing at the 1.5-mile oval and then backed that performance up with fifth fastest on the second day.

On both occasions the top two drivers were existing IndyCar Series drivers, making Power the fastest driver moving over from the Champ Car World Series to the IndyCar Series on the first day and the third fastest transitioning driver on the second.

“For the first couple of laps (at Homestead-Miami Speedway) I was very unsure of the car but once I got into it, I started to feel really comfortable," said Power.

“Now it’s a matter of working up to speed and start making changes and feeling how sensitive the car is to them.

“Then you have to learn traffic, which is probably even harder again. It’s going to be a year of learning on the ovals. But it’s good to be here and great with all the cars running and the two series together.

“I’m really looking forward to getting racing underway this weekend. We have had to put in so much work in such a short space of time so everyone cannot wait to get down to the real work, which is racing.

“The oval races in the early part of the season will be quite tough but the plan is to keep our heads and see where we run."

Power also proved he has lost none of his speed on the road courses in the transition to the Dallara chassis, placing the top and second fastest times in the earlier test for transitioning teams at Sebring International Raceway – at which Briscoe also topped in the continuing teams test a few days earlier – a sign of good things to come at the Gold Coast Indy 300 in October.

Following the Homestead-Miami race the unified series embarks on a schedule that is the most diverse in world motorsports.

The 2008 schedule will take the teams and drivers to short ovals, superspeedways, and road and street courses including the Gold Coast Indy 300 which is regarded as a ‘crown jewel’ in international motorsport.

The future of the Gold Coast Indy 300 was recently secured for at least another six years with a deal being reached with the new-look IndyCar Series and V8 Supercars Australia.

Now regarded as one of the world’s iconic motorsport events, the Gold Coast Indy 300 will now continue until and including 2013 with major plans already underway for a massive 20th anniversary celebration in 2010.

With 96 hours of non-stop excitement over October 23-26 as the Gold Coast comes alive to the sound of the IndyCars burning up the track and Australia’s own V8 Supercars scorching around one of the most famous beach-side cities in the world, the event is the hottest ticket in town.

Australian fans can catch the GAINSCO Auto Insurance Indy 300 action live by tuning into ESPN on Foxtel at 11.00am AEDT this Sunday. Check your local guides for more information.