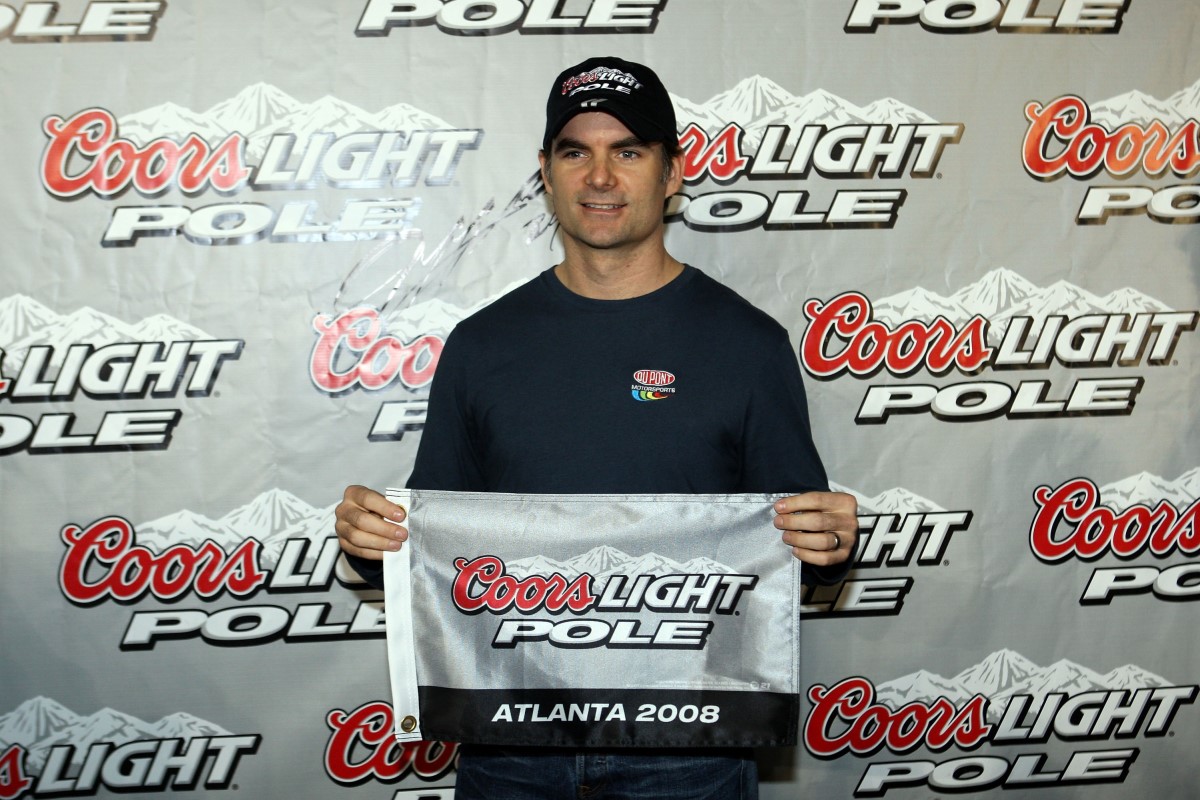 For the second time in this young NASCAR Sprint Cup season, Hendrick Motorsports swept the front row for an event. Jeff Gordon and Dale Earnhardt, Jr. will lead the field to the green in Sunday’s Kobalt Tools 500 at the Atlanta (Ga.) Motor Speedway (AMS). Carl Edwards, winner of the last two Sprint Cup events, will start fourth.

Rain once again threatened to wash out the Friday qualifying session. However, after a short delay, qualifying was able to resume. This saved NASCAR from having to start the event based on 2007 NASCAR Sprint Cup owner points for the second time in four races.

Jeff Gordon rebounded from last week's Las Vegas accident to win the pole for the Kobalt Tools 500 at Atlanta Motor Speedway Friday night after turning a lap of 185.251 mph. Gordon drove his DuPont Chevy to his 64th career NASCAR Sprint Cup Series pole in the session which was slowed briefly by a passing shower.

"This is a very fast race track, and it’s tough to get around here quick," Gordon said.

“Today we got out in practice and I thought was something was wrong with the car it was so far out of control. We kept making progress, and to go out and put down that kind of lap feels great."

“It’s time for us to get ourselves up to where we need to be in the points," said four-time series champ Gordon.

"It would be great to win here," Earnhardt Jr. said.

“I love this race track. We need to get a victory as soon as we can, but I think every team in the garage feels that way."