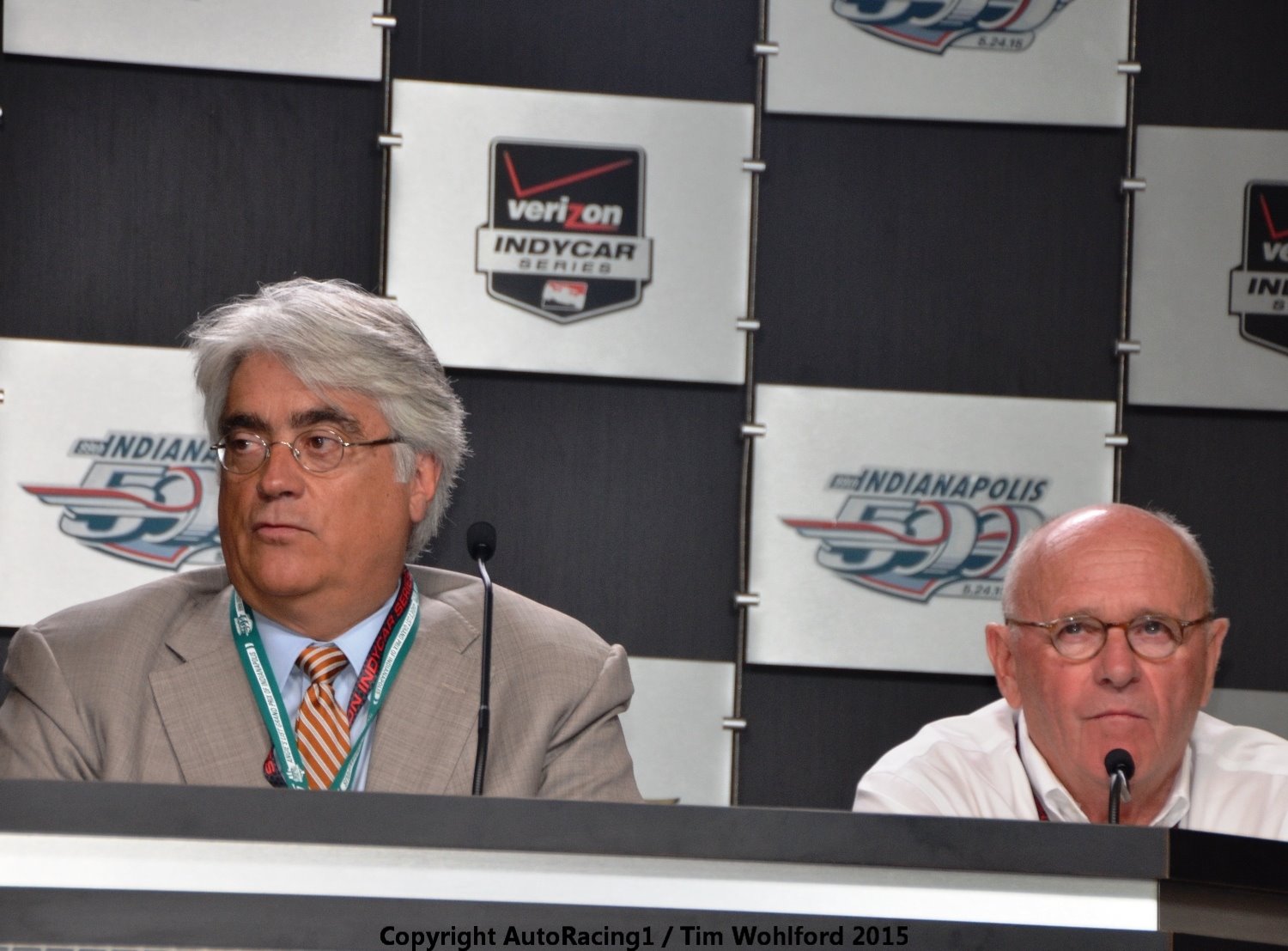 Three weeks ago, INDYCAR president of competition and operations Derrick Walker and Hulman & Co. CEO Mark Miles ordered a rules changes hours before qualifying for the 99th Indianapolis 500. Banning the qualification aero kits, the mandate required teams to qualify in race trim with limited horsepower. While debate broke out as to whether Miles and Walker made the right decision, let the record show: given recent history of flying Indy Cars, it was the only decision.

To begin, let me take you back to October of 2003. A then 26-year-old American up-and-coming superstar, who had just signed with Chip Ganassi got airborne driving a Panoz G-Force Toyota in a tire test. Tony Renna's car went into the air, over the wall, and hit the fence, and the result was nasty — my sources indicate that it was as bad as the Gordon Smiley accident if not worse. While Tony himself didn't go thru the fence, but large bits of his car did. Some of the struck the front of the stands, with more of it going under the stands and ending up BEHIND the stands. Renna died instantly of massive internal trauma.

And while thankfully no spectators were in the stands, the IRL knew then full well what happens when fans get hurt. The 1955 LeMans accident came close to killing motor sports, with Switzerland banning the sport — the ban still stands — and AAA pulling out of decades-long sanctioning the Indy 500. (Tony Hulman founded USAC in 1956 to replace AAA at Indy.) The 1973 Salt Walther accident at Indy injured fans who were seated next to the fence.

In 1994, NASCAR mandated roof flaps when cars started flying higher than the fences in 1993. The 1998 accident at Michigan caused the CART event's subsequent attendance to decline dramatically, and it never recovered. In 1999, three fans were killed in the stands at Charlotte, and that event was never held again.

By 2003, the insurance companies that cover the leagues and tracks had long ago "voiced concerns." In addition, sponsors were nervous – the threat death and mayhem, especially with spectator deaths, had becomes something of a deal-breakers in many board rooms. Thus, in the wake of the Renna incident, IRL motors were downsized and speeds limited to about what we have today.

Of course, since that time, several drivers have gone into the fence, at times with dire results. Dario's career-ending crash. Mike Conway spent a long time in the hospital after running over an out-of-fuel Ryan Hunter-Reay in the 2010 Indianapolis 500, as did Kenny Brack and Mikhail Aleshin. Dan Wheldon of course, is another story of aero done wrong.

In NASCAR, large bits of Kyle Larson's Nationwide car went thru the Daytona fence in 2013, injuring several fans — and no doubt the France family saw its financial life pass before its collective eyes in the moments after the injured fans were taken to the hospital.

In spite of that, IndyCar thought it would be a great idea to increase speeds again, at least for qualification attempts at Indy. And of course, there are those voices that wanted Indy to be a hotbed of latest-greatest-bleeding-edge technology "again" (that "again" is another article) so bits were being refined in wind tunnels and computers thru the week of practice. There is no testing time when the event itself is seen as a test to make sure everything is safe.

On Sunday morning of qualification weekend, Ed Carpenter went into the fence, tearing down a section in the process. Prior to that, Josef Newgarden got airborne, as did Helio Castroneves. The prevailing theory in the paddock was that the air packed into the back of the cars — especially the Chevy's — when the car slid backwards, causing a high pressure area under the wing, causing lift. The Chevy race day side pods had more space between the bits to let that air escape, while the qualification side pod had sought to lift the air over the rear wing and thus less "escape" space. And however veritable this theory may or may not have been, there was no time to test, no way to know for sure that the Honda cars wouldn't suffer the same fate.

In past years, we would've had a week of practice as well as 2 weekends of qualifications to fix things, but now, due to rain and scheduling, they had exactly one day to get qualification done. Fast forward to this weekend at Texas and the Indy Cars have a mere one practice session before qualifying. While some believe that INDYCAR has effectively addressed the matter, and others insist they haven't, the key is INDYCAR had to do something.

Like at Indy, Miles and Walker DID know what their insurance companies and sponsors wanted – a safe show. At Texas they DO know that fans expect to stay safe. And they also know, in a horrible accident, the might risk losing the Indy 500 and the entire series with it. So in the end, there was no real decision to make.

Tim Wohlford is a reporter for AutoRacing1. He has covered various forms of racing in over a decade on the beat for AR1.