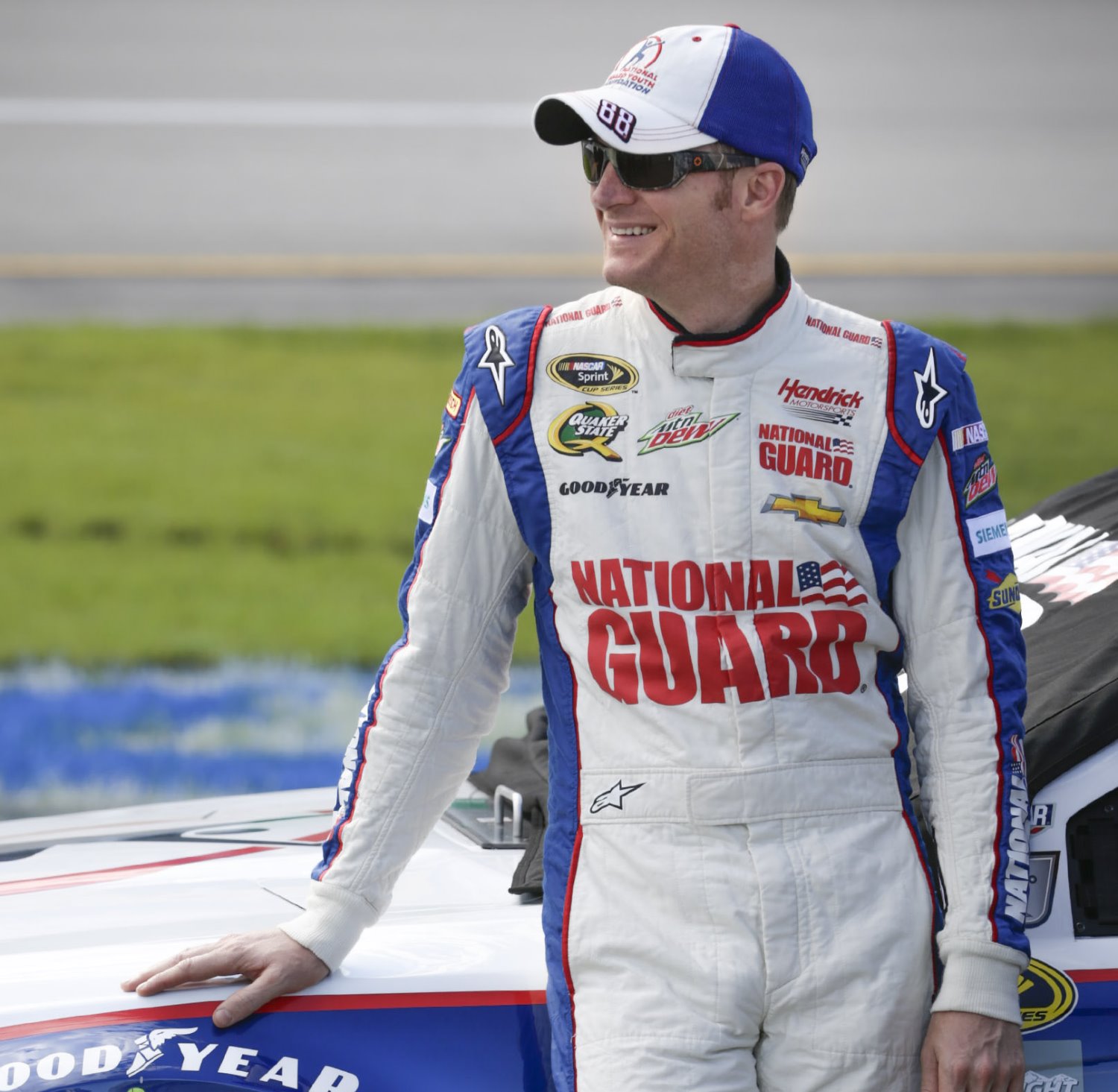 A few days after the Bleacher report rated Dale Earnhardt Jr. the most overrated driver in NASCAR, and presto he wins the pole.

With a fast car and a fortuitous mass of cumulus to help cool Kentucky Speedway during Friday's time trials, Earnhardt put together a track-record, pole-winning run for Saturday night's Quaker State 400, the 17th NASCAR Sprint Cup Series event of the season. It was the eighth track qualifying record set this year.

The Coors Light Pole award was the 12th of Earnhardt's career, his first at Kentucky and his first since September 2012 at Richmond.

"We thought we had a top-five car in practice, and we got some good cloud cover about six or seven cars in front of us before we went to qualify, and that brought the track temp down to give us a good advantage," Earnhardt said. "It gave us a good opportunity to run a bit quicker lap than maybe what the car had in it."

"…Of course, cooler track temp gives a car more grip, and I would admit that I think we definitely had the better situation. … And I did think the lap was really good. I got into Turn 1 a little bit over-zealous, but the car actually was working a little better as far as turning through the middle than it was in practice. (Turns) 3 and 4 was just a really good corner."

Early in the session, Johnson shot to the top of the board with a lap at 183.144 mph, breaking the record 181.818 mph he set during time trials last year. But the five-time champion's tenure at the top of the mountain was short.

With a helpful cloud covering a track that already was cooling as the ambient temperature declined, Earnhardt covered the 1.5-mile distance in 29.406 seconds and knocked his Hendrick Motorsports teammate off the provisional pole.

Edwards, the 34th driver to make a qualifying attempt, ran .006 seconds faster than Johnson to break up the Hendrick front row.