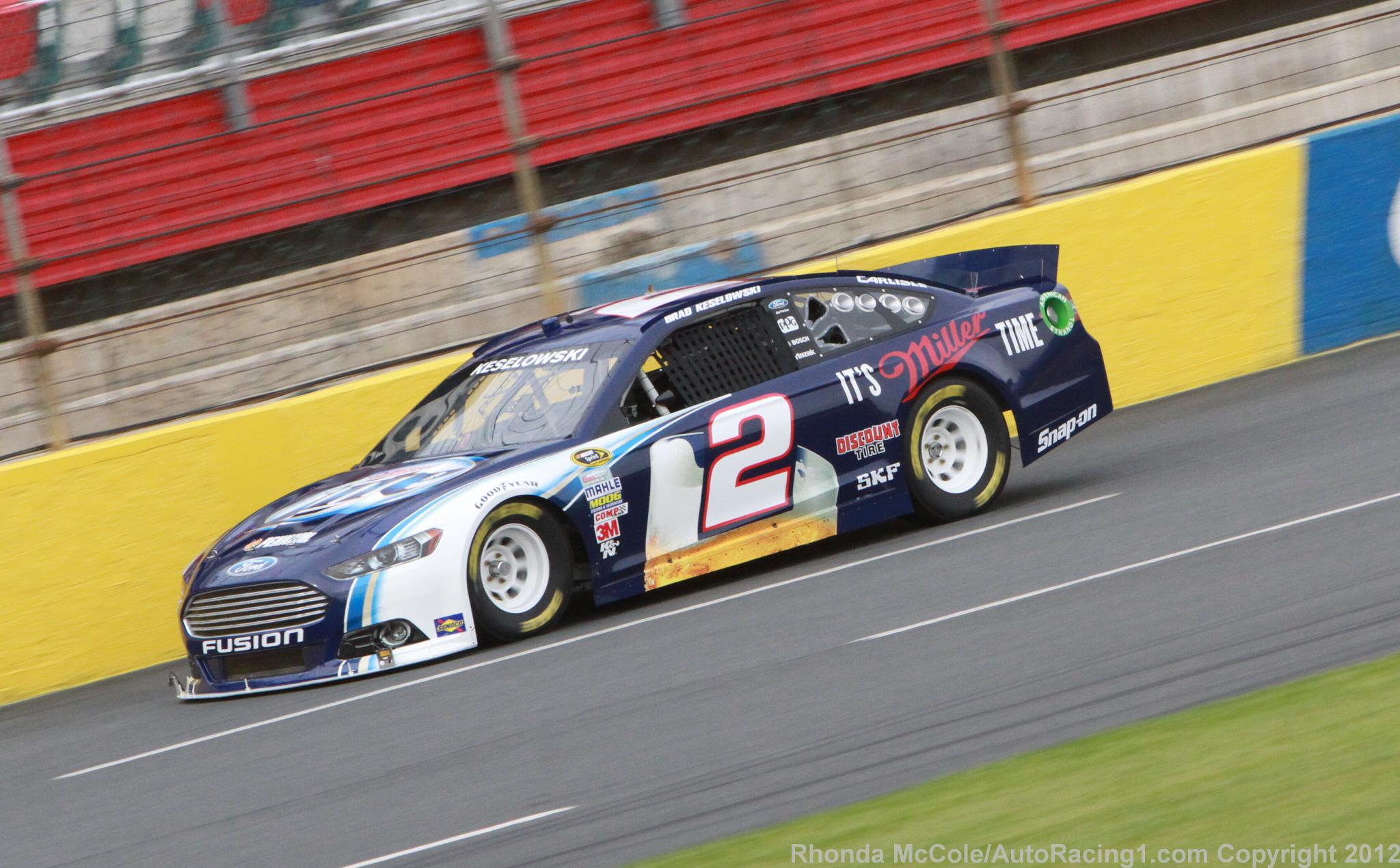 Barely a week after the NASCAR Sprint Cup Series concluded the 2012 season at the awards banquet in Las Vegas, it was back to work as more than a dozen teams descended onto the 1.5-mile Charlotte Motor Speedway for a two-day pre-season test as the teams prepare for the upcoming 2013 season-opening Daytona 500 just 75 days away.

Teams got their chance to shake down the new “sixth generation", or “G6", Sprint Cups cars that will be fielded in 2013. Among the new designs are new looks for the Toyota Camry and Ford Fusion, as well as an all-new body style for the Chevrolet teams: the Chevrolet SS, a re-badged Australian-made Holden Commodore that will replace the Impala in Sprint Cup.

The new 2013 cars have been re-designed to look more like their showroom counterparts, which was one of the criticisms of the common-templates of the previous generation of the Car of Tomorrow. Manufacturer-specific body panels more closely resemble the street-versions, in addition to making the cars smaller, sleeker, and more aerodynamic – a design that Dale Earnhardt, Jr. says harkens back to what are considered the “classic" cars of NASCAR, before the arrival of the CoT.

“The car has really awesome potential," Dale Earnhardt Jr. said following a couple of hours of testing Tuesday at Charlotte Motor Speedway. “I like it already leaps and bounds beyond the COT, the old car we ran. This car really gives me a lot of sensations that are similar to the old car that we ran 10 cars years ago.

“It’s still early. I’m trying not to get too excited or trying not to get far too big of an opinion or too solid opinion of the car. We still have a lot to learn about it. … I don’t know enough to make a good enough anticipation of whether this thing will do everything everybody wants it to do. But I’m excited."

“All the stuff we were moving around in the back of these cars last year, I don’t miss any of that stuff," Earnhardt said. “It made the car go faster but they were a little bit more of a challenge to drive and the sensations you got going off the corner crooked weren’t a lot of fun.

“This was awesome for me personally. I kind of like going into the corner with the car going straight like it is supposed to. I’m enjoying this."

“The COT was just frustrating for me," Earnhardt said. “I had good runs and good races and had races where the car drove well and was comfortable. I never really connected with that car from the very beginning.

“Just personally, I didn’t like the car. I didn’t appreciate it for what it was. The cars that you see in the garage, you’ll stand there and see Fords and Toyotas and Chevrolets driving by. It’s great because everything looks different, everything is instantly recognizable."

Among the other changes to the 2013 cars will be new rules concerning the decals and numbers on the cars, which will be re-sized and re-positioned due to the smaller car size. The driver’s last name will also be placed above the windshield and sponsor logos will now be allowed on the roof, but not on the any of the headlights or taillights.

NASCAR will only have three manufacturers for the first time since 2002 after Dodge elected to drop out of the sport when their only remaining team – Penske Racing – announced a switch back to Ford for 2013. Penske Racing then went on to win their first Sprint Cup title with Brad Keselowski behind the wheel of the no. 2 Miller Lite Dodge.

The defending series champion will now have a new car to get used to in 2013 as well as a new teammate with Joey Logano joining him at Penske Racing.

“It’s hard to get a great read on the whole manufacturer change because, obviously, it’s a different car," said Keselowski, “but I think all the signs are there that we have the potential to be just as strong, if not stronger, than we were last year, which is very, very encouraging.

“It’s been a lot of fun having the first day today working with Joey (Logano), which I think has been probably more of an adjusting process than the actual car itself, and a good adjusting process. I’m curious to see over time how we can work together and push each other to be the best we can be, so I’ve had a lot of fun with that so far."

Jeff Burton paced the opening session on Tuesday, turning in a top speed of 190.833 mph in the no. 31 Chevrolet SS. His teammate Kevin Harvick was second at 190.215 mph while NASCAR Nationwide Rookie of the Year Austin Dillon – driving the no. 27 Chevrolet in place of Paul Menard – was third at 189.934 mph.

“First of all the car is beautiful," said Burton. “I think the new design of really making a race car look like a street car is a huge step in the right direction, especially when the street car looks good. It really is a good-looking race car. It gets us more to where we need to be from an aesthetics standpoint.

“From a competition stand point NASCAR is really working hard to not just make this about aesthetics, but to make 2013 about better racing, closer racing, more fun to watch, more fun to do by the way. I'm real excited about that."

Early testing results were encouraging across the board for most teams, who generally reacted positively to the changes and the designs of the new cars, however NASCAR Vice President of Competition Robin Pemberton stressed that the cars are still a work in progress and additional changes could be coming before the teams arrive at Daytona in February.

“There’s still work that we are doing," said Pemberton. “There’s things that we have discovered through our lab testing that we may implement before the start of the year and those are the things that help the cars run in traffic, not be in a deficit when they’re in the back of the pack. We’re continuing to work on that.

“All in all the feedback in the garage area has been very positive. It looks to me that all the hard work from the teams, manufacturers and our engineers at the R&D Center is going to pay off."

Although every team in the garage scrapping their old equipment and essentially starting with the same clean slate, Keselowski, for one, believes the Toyota teams already have a leg up on the competition.

“It appears that there are a few guys that are just a little bit ahead of everyone else," said Keselowski. “I think the Toyotas have shown that they’re gonna be really, really tough to beat with this new car. There’s still a lot of testing and a lot of development left to be done. However, if I was to venture a guess, I would definitely say that they’re at the top of the list."

Regan Smith, subbing for Jeff Gordon in the no. 24 Hendrick Motorsports Chevrolet, led the afternoon session with a fast lap of 190.215 mph, followed by the Joe Gibbs Racing Toyotas of Denny Hamlin (189.954) and Matt Kenseth (189.927).

The teams will have one more day of testing this week at Charlotte, and an additional test here in January one week after they wrap up a three-day test at Daytona. Additional test days and practice time are being set up prior to the race weekends for Las Vegas, Texas, and California.