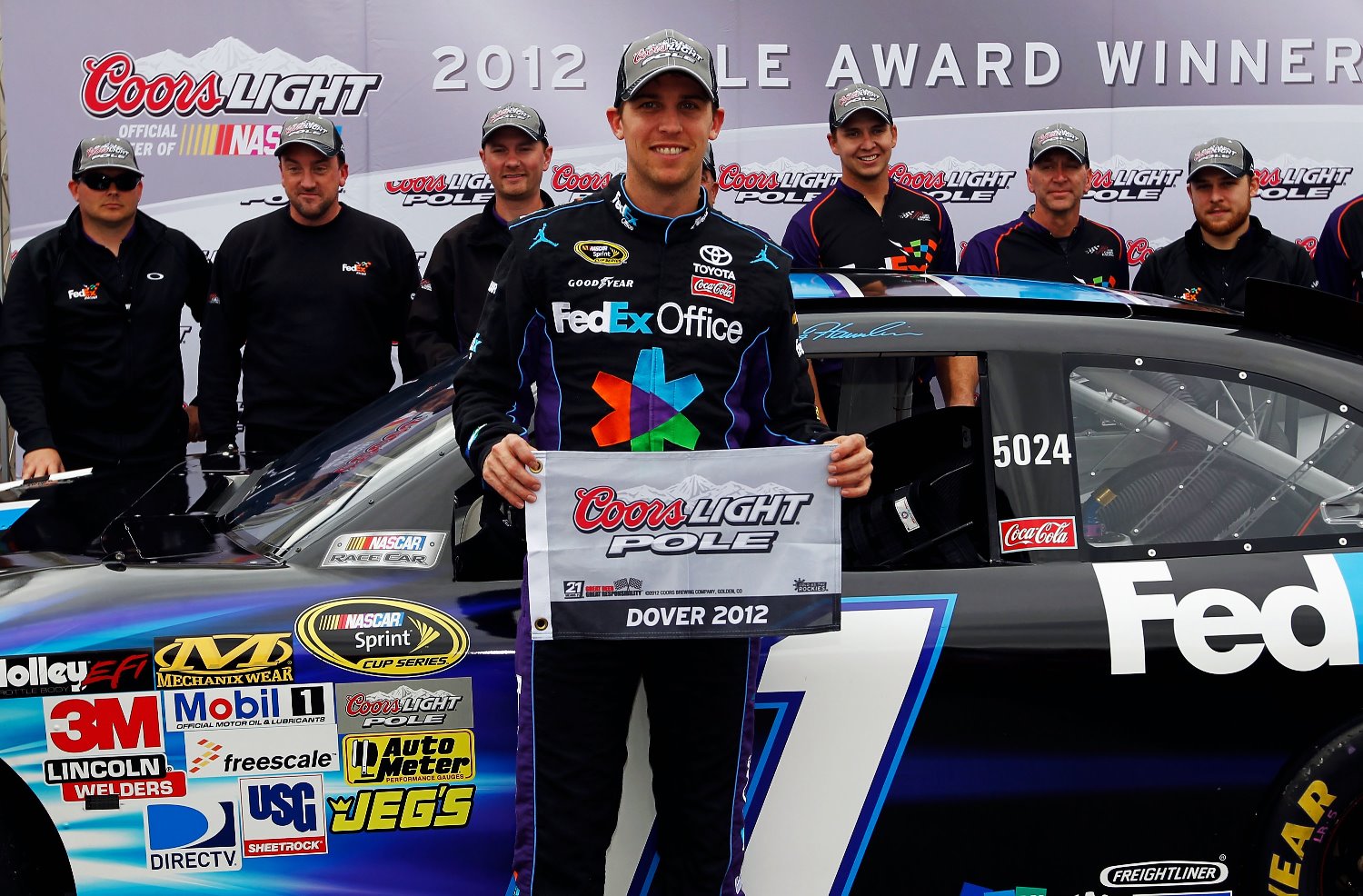 Clint Bowyer and Martin Truex Jr. will start second and third. Points leader Jimmie Johnson starts 11th but do not count him out as he has been dominant at the Monster Mile.

Sam Hornish Jr. and Kyle Busch round out the top-5.

Hamlin had expressed his disdain for the one-mile concrete oval. He has an average finish of 20.5 in 13 career starts at Dover, but on this day the NASCAR Timing & Scoring computers were kind to him.

With his trick Hendrick rear suspension now outlawed, Dale Earnhardt Jr. has resumed his position as backmarker. On a weekend where Dale Earnhardt Jr. needs a good finish to get back into the Chase for the Sprint Cup championship mix, the Hendrick Motorsports driver did not have a good start at Dover International Speedway.

Earnhardt will start 25th in Sunday's AAA 400 at a track where he had failed to finish in the top 10 eight consecutive races until a fourth last June. Seventh in the Cup standings and 26 points behind series leader Jimmie Johnson, Earnhardt can't afford to lose much ground as seven races remain after this weekend.

"We didn't have a good car in practice and we didn't find any good speed or find any good balance," Earnhardt said after his qualifying lap. "It's going to be a tough day, a tough race.

"We're just going to have to work hard and just see what happens. We'll just have to see what we can do. I don't know what to expect."

Earnhardt was 12th in the first practice Friday but 41st in the final practice later in the afternoon.

"We weren't very good in practice," he said. "We struggled all weekend. We just haven't had real good speed … We've had a lot of different problems."