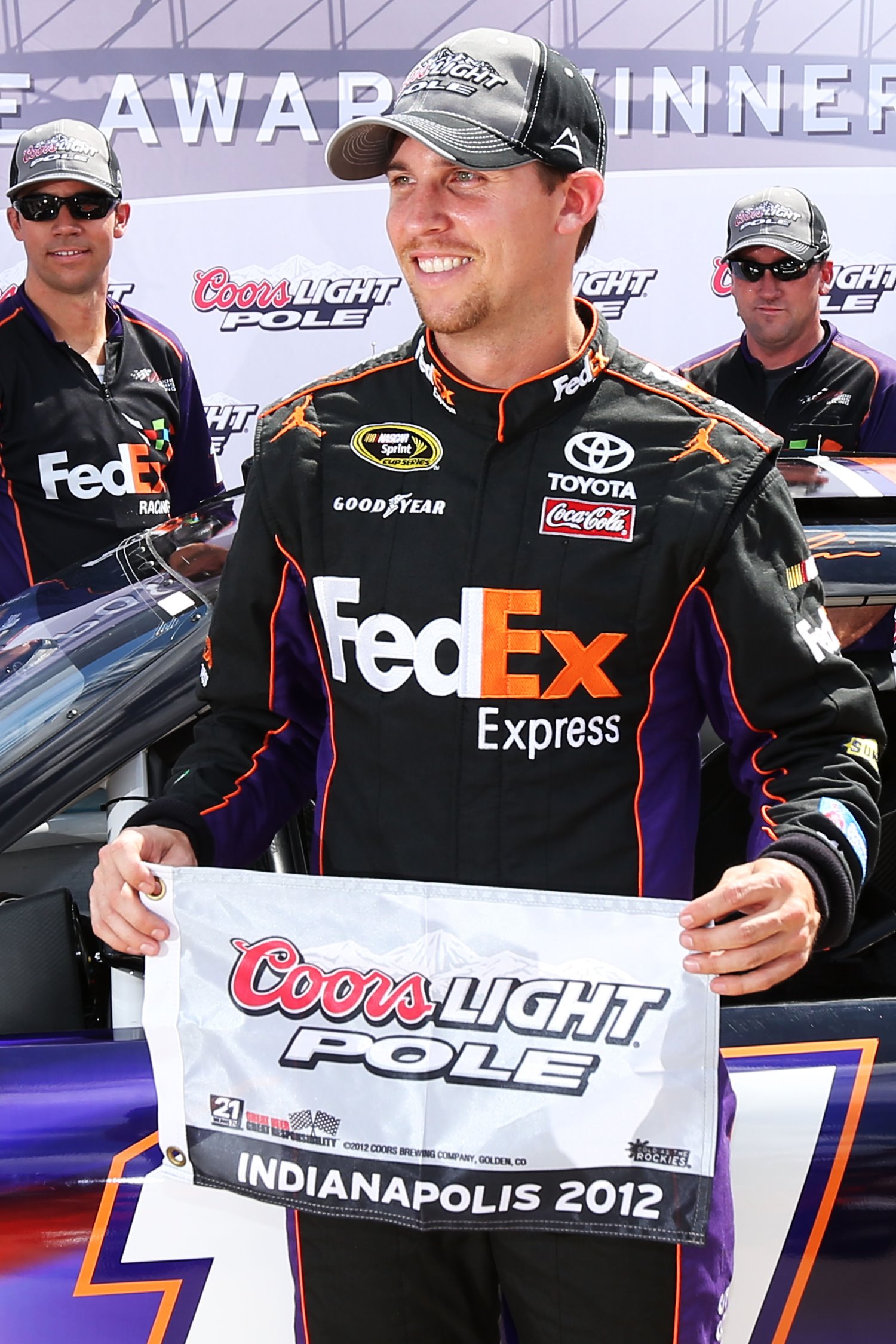 Toyota has never won a Sprint Cup Series race at Indianapolis Motor Speedway, but Denny Hamlin took a first step toward a breakthrough victory for the manufacturer with a decisive pole run on Saturday afternoon.

The 27th driver to make a qualifying run, Hamlin put down a lap no one could touch, touring the vaunted Brickyard in 49.244 seconds (182.763 mph) to collect his first Coors Light pole award at Indy, his second of the season and the 11th of his career.

Hamlin will lead the field to the green flag in Sunday's race in his No. 11 Toyota.

Hamlin certainly thinks he has a strong chance to do just that. Short of calling his shot a la Babe Ruth, Hamlin exuded confidence in his post-race press conference.

"I think, if you put me out front on the last run, no one's going to get around me," Hamlin said. "So it's all going to be about maintaining track position and maintaining the balance of your race car. I've been good here before and not been able to pass.

"There's always been about two cars, in every single race here, that's been capable of passing. Everyone else just kind of runs where they're at. All you can do is hope that you've got a fast enough car to be one of those two, where, if you do get set back, you can be one of the cars that can get back to the front.

"One thing about it is having the No. 1 pit stall now. That's going to be an advantage on pit road. I think it's hard to point to the outfield right now, but we've got the bat halfway raised."

Dale Earnhardt Jr., second in the Cup standings, will start 20th, 10 spots behind Kenseth, the driver he is chasing for the series lead.

"We didn't have a good race car in qualifying trim, and it showed today," Earnhardt said. "But we have a good car in race trim, and we'll race good."

Michael McDowell, Reed Sorenson and Joe Nemechek failed to make the 43-car field. Nemechek had competed in 17 of 18 Cup races at the Brickyard, failing to qualify only in 2007. McDowell was fast enough to make the field on speed, but his time was disallowed after post-qualifying inspection because the nitrogen gas in the rear shocks exceeded the allowable pressure.