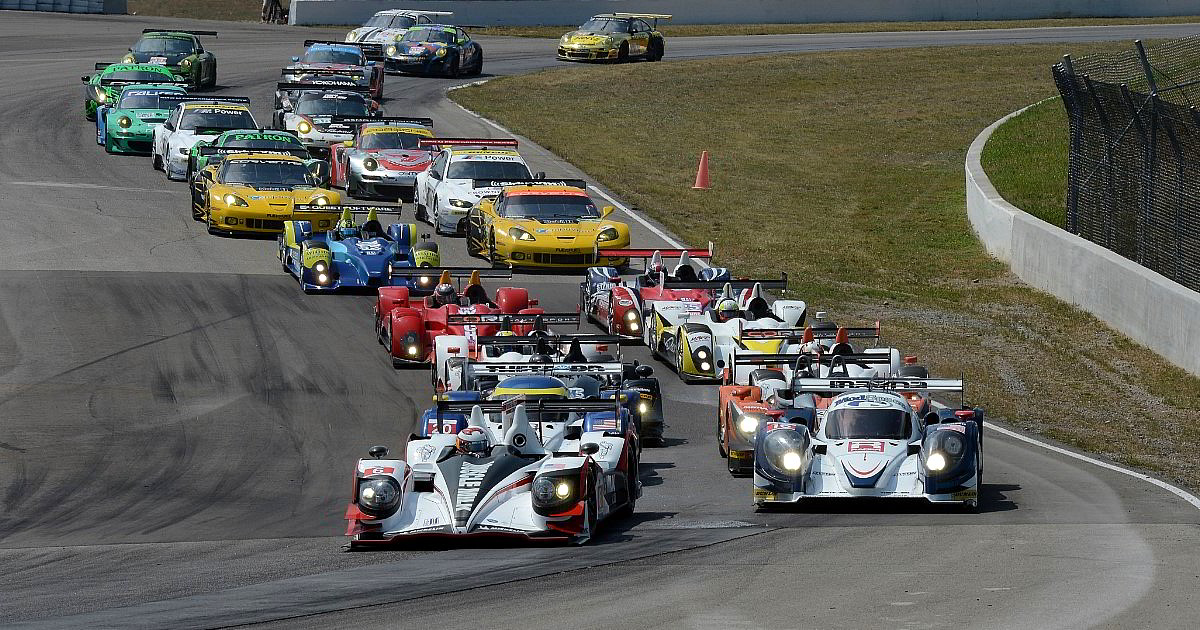 Muscle Milk Pickett Racing won for the third straight year at Canadian Tire Motorsport Park with a victory Sunday in the fifth round of the American Le Mans Series presented by Tequila PatrÂ¢n. Klaus Graf and Lucas Luhr won Mobil 1 presents the Grand Prix of Mosport in the No. 6 Honda Performance Development ARX-03a by more than 10 seconds over Dyson Racing’s Chris Dyson and Guy Smith in their No. 16 Lola-Mazda coupe.

At race’s end, the P2 and GT battles stole the show. Conquest Endurance’s Martin Plowman and David Heinemeier-Hansson won their first race in the No. 37 Morgan-Nissan with Plowman’s late-race drive to hold off Level 5 Motorsports’ Christophe Bouchut.

In GT, Extreme Speed Motorsports took its first ALMS victory when the No. 45 Flying Lizard Motorsports Porsche 911 GT3 RSR was excluded in post-race technical inspections. It moved Scott Sharp, Johannes van Overbeek and the No. 01 Ferrari F458 Italia into first in class.

“Although I feel for Pat and JÃ¶rg, I couldn't be happier for Scott, (team owner) Ed (Brown), ESM and PatrÂ¢n," said van Overbeek, hero of the race. “After the podium the race just didn't feel over; and as it turned out it wasn't. Winning at Mosport caps a great weekend and it was a fine way to celebrate my 100th start in this dynamic and competitive series. I hope it's a sign of things to come."

It was a twist to what was already a nail-biting finish. A late caution with 20 minutes remaining bunched up the top three GT cars… which didn’t really need much bunching up anyway. It put Bergmeister, Corvette Racing’s Jan Magnussen and van Overbeek nose-to-tail with 11 minutes remaining.

Magnussen, who teamed with Antonio Garcia in the No. 3 Corvette C6 ZR1, hounded Bergmeister for 10 of those minutes. While he attempted to take the lead on the final lap, Magnussen opened the door for van Overbeek to slide the Ferrari inside the Corvette at the exit of Turn 5 and take second place.

The move, of course, ended up meaning much more following post-race inspections.

“Jan is a tough customer and I figured that was the only shot I had at him," van Overbeek said. “I didn’t want to telegraph it earlier, so I saved it for last. There were three of us running in a train. Getting to them and getting around them was a whole different story. I had a bad aero push and I knew that was the only shot – in 5a and 5b – to get around the Corvette. I made a Hail Mary on the last lap and it worked out."

The P2 battle was shaping up to be just as dramatic. Bouchut in the No. 055 Honda Performance Development ARX-03b chased down Plowman at the final restart, and each of the cars used traffic to their advantage. Bouchut was too aggressive with five minutes left; he drifted into the pit exit lane and drew a stop-and-go penalty.

Plowman eventually won by 19.713 seconds in a race that saw the Conquest car lead overall at one point – just as it did at Lime Rock Park two weeks ago.

“Even though he was catching me, I was driving within myself," Plowman said. “I knew they were trying to push, and if the gap got below 10 seconds I would just push even more. It felt like I just kept catching GTC cars in the slower corners. There were some really scary moments when I noticed (Bouchut) was getting closer and closer and I had to push. I would do all that work saving my tires and then use them all up to get gap back. After it was apparent he crossed the pit blend line to gain an advantage and he had to serve the penalty, I could breathe."

“We battled well with Scott Tucker. It was nice to see just how different the cars were," Heinemeier-Hansson said. “We had a car better on the back straight, but (Tucker) could zoom through Turn 5. Tucker drove really, really well. Multiple times I was passing cars around the outside of Turn 2 and I thought there was no way he could pass me there, but he would be right behind me after I checked my mirrors. It was great to see a clean race. It was great to win, we’ve had the car and the pace to win before. Finally everything clicked."

Back at the front of the grid, Luhr and Graf were firmly in control for most of the day en route to their fourth consecutive ALMS victory. Luhr celebrated his 33rd birthday by leading the majority of his opening stint a day after Graf won the pole position on his 43rd birthday. Luhr drove the opening 75 minutes despite nursing an injured ankle.

“I felt (the pain) a bit, but it didn't affect my race much," Luhr said. “Other than that I think we were fully in control of the race. We made a good strategy call in the beginning to save some fuel. That allowed us to do the race on just two stops. The rest had to stop three times, so it was a big advantage for us."

That’s not to say there was no potential for drama. The same transmission issue that setback the Muscle Milk car four laps in the last race at Lime Rock Park two weeks ago appeared to creep up again late Sunday. In addition, Graf was called in for a late-race pitlane penalty that cost him 20 seconds.

“We don't know exactly what happened (with the late electronics issue)," said Graf, who now three straight CTMP victories in three different cars. “It was similar to Lime Rock, and we just reset some switches. We need to look into it. It didn't stop us from losing the lead, and we kept it. Certainly it created a bit of excitement for people watching, but it didn't affect anything."

RSR Racing’s Bruno Junqueira and Tomy Drissi won in Prototype Challenge for the first time as a pairing. Junqueira in the No. 9 ORECA FLM09 finished a lap ahead of CORE autosport’s Colin Braun and Jon Bennett in the No. 05 entry.

The victory was the first in ALMS for Junqueira since his jump from open-wheel racing. It also was the first for RSR, owned by Paul Gentilozzi, which fielded a Jaguar GT effort from 2009-2011.

“I am very happy," Junqueira said. “The only time we showed some speed was here last year. We were really hankering for our first win. Finally we got it. After a year-and-a-half for the team, it is even more special. We have been in contention in every race for a win. Today we finally did it."

The victory looked up in the air during a couple of points. Drissi ran second early but was called in to serve a penalty for speeding on pitlane. Junqueira took the lead with 30 minutes left when class pole-winner Kyle Marcelli pitted late. The class pole-sitter and Canadian driver was on his way back through the field but crashed with 26 minutes remaining.

“We got some breaks, we trimmed up our strategy and it started to fall in to place," said Drissi, who won in class for the third time. “Eventually we got that win. I think the best way to get out of a hole is to stop digging, so when we got here we decided to just let go of the past. So now we're on top, and this is a good sign of things to come. I think now, we'll have the speed, both of us, together. I think the rest of the year, we have to be smart and now we have the confidence we can do it."

TRG won the GT Challenge class for the second year in a row at CTMP. Spencer Pumpelly took advantage of late engine troubles for JDX Racing and drove the No. 66 Porsche 911 GT3 Cup to a 1.440-second victory over Alex Job Racing’s Leh Keen.

JDX’s Michael Valiante took the class lead just past the two-hour mark until he brought the No. 11 Porsche into pitlane. Pumpelly had been closing the gap slightly before he inherited the lead with eight minutes left.

“I think the JDX didn't take enough fuel, and we heard they were talking about pitting," Pumpelly said. “We knew it would be anyone's race. It was nice to finally capitalize. We took advantage of it and drove a really nice race."

Pumpelly drove with Emilio Di Guida, who took his first ALMS victory in May at Mazda Raceway Laguna Seca. He drove the opening stint and focused on keeping the car on the track before handing off to Pumpelly.

“The strategy we had was really good," he said. “I tried to fight the other cars for position. At the start, I thought I felt something in the car. The strategy was to take it easy when we start, and then to gain more and more speed."

The Series’ website offers additional content such as live in-car cameras, and timing and scoring for all users around the world. Viewers outside the U.S. can watch the Mid-Ohio round and all ALMS races live on ALMS.com.