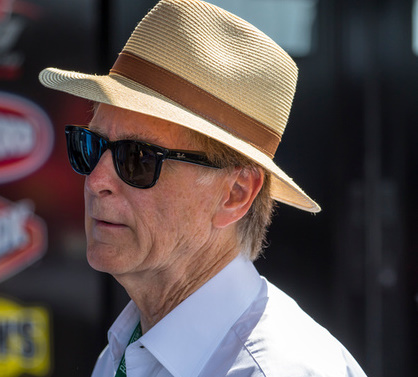 UPDATE With the demise of the #16 it's the beginning of the end for Roush Fenway we hear. Ford saw it coming, hence, they signed Stewart Haas. We give this team a couple of more years.

05/25/16 This rumor is downgraded to 'speculation' with today's announcement that Roush has signed Fastenal to a multi-year contract.

02/25/16 Rumor on the street is that the real reason Stewart-Haas Racing (SHR) is switching to Ford (from Chevy) in 2017 is because Roush Fenway Racing is going to pack it in and Ford needed another team to replace them.

Mr. John Henry is Principal Owner of Fenway Sports Group, which was created in 2001 and is one of the largest sports entertainment companies in the world. According to AR1.com sources, Mr. Henry is tired of losing money in NASCAR and is calling it quits.

And also according to AR1.com sources, Roush-Yates will keep their NASCAR engine business going and supply Ford engines to NASCAR teams such as SHR.