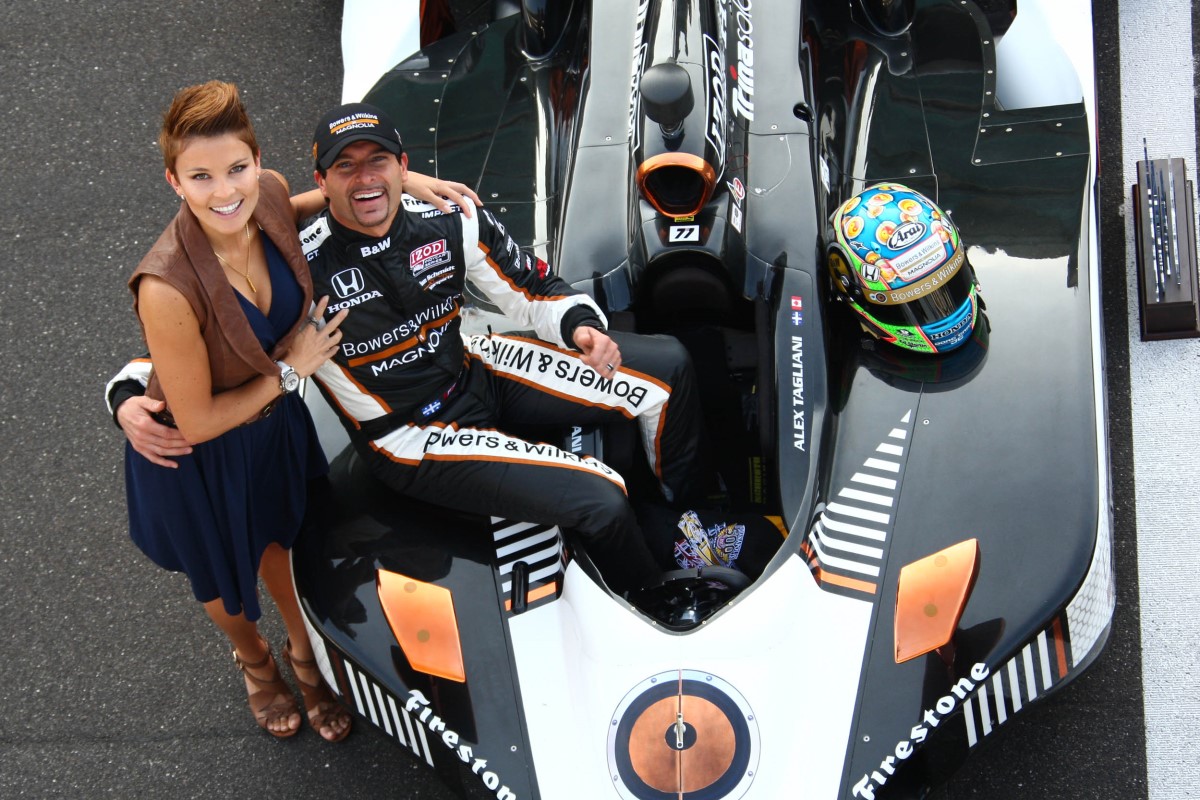 UPDATE (Editor's Note: As you read here first on AR1 last week, Alex Tagliani will drive a third Foyt entry in this year's 100th Running of the Indianapolis 500 presented by PennGrade Motor Oil. This rumor is upgraded to fact. Announcement below)

Alex Tagliani and AJ Foyt Racing are reuniting for a Month of May doubleheader.

The Canadian will drive the team's No. 35 Alfe Heat Treating Honda in the Angie's List Grand Prix of Indianapolis on May 14 and the 100th Running of the Indianapolis 500 on May 29.

“I’m glad to have Alex back in the car– he did a great job last year—he even led the race," team owner A.J. Foyt said. “It was just for a couple laps, but still he led the race. We know he can run fast. Plus I think the crew will be a little more tuned up this year by doing two races instead of one."

The number 35 was chosen to honor Foyt’s record 35 straight starts in the Indianapolis 500—from 1958 through 1992. The car’s livery will evoke memories of the black No. 14 Copenhagen cars that Foyt drove in the latter part of his legendary career.

“We chose the number 35 because it is the number of consecutive starts A.J. had at the Brickyard as well as being A.J.'s birth year, a lucky number," said Kurt Westman, Founder and CEO of Alfe Heat Treating, Inc. “We are happy to have Alex back as he did a great job for us last year, and we are hopeful for an even better performance this year."

Tagliani competed in the Indy 500 last year for AJ Foyt Racing in an Alfe Heat Treating-sponsored car and will race an Indy car on IMS's road course for the first time in his career which spans 203 IndyCar races over 16 seasons.

“I feel very privileged and honored to be driving the Alfe Heat Treating Honda," said Tagliani, who won the pole for the 2011 Indy 500. "Alfe is a great company and I met a lot of good people last year with their headquarters being so close to the Indianapolis Motor Speedway. I’m very excited to be driving for the AJ Foyt Racing organization again. To be driving for them at the Speedway during the month of May is very special. The 100th Running of the Indy 500 will make it even more unique."

Tagliani last raced an Indy car on the road and street circuits in 2013, when eight of the 14 events he drove in the Verizon IndyCar Series were either in the streets or on a road course.

“I’m looking forward to driving the Indy road course in an Indy car. I’ve heard a lot of amazing things on the performance of the car," Tagliani said. “It will be difficult because I haven’t driven an Indy car on a road course in several years. Jumping in the car on a road course in something that is very new will be tough, but the positive is that I will be in the car for the month of May. Getting used to the guys and working with the team is very important if you want to maximize the performance of the driver, the team and the car. Hopefully we can do a good job for the whole Alfe team and everyone who has been so supportive of me like Sexton Properties and everyone I’ve been involved with at the Speedway over the last two years."

2016 will be the third straight year that Alfe Heat Treating has focused on a design that has meaning beyond the traditional sponsor-centric livery. In the 2014 Grand Prix of Indianapolis, the No. 41 car driven by Martin Plowman featured a retro-livery in “Foyt Poppy Red" in honor of Foyt’s record-setting Indy 500 victory in 1977. Last year, Dan Gurney’s No. 48 All American Eagle was selected as the design, dark-hued and complete with white racing stripes. Tagliani drove it to a 17th place finish in the 500.

Additionally, Alfe Heat Treating returns for the sixth straight season as an associate sponsor of the team which fields the No. 14 and No. 41 ABC Supply Honda-Dallaras driven by Takuma Sato and Jack Hawksworth.

“Alfe’s been a great associate sponsor for us," said Foyt. “We couldn’t work with nicer people and they are always 100 percent behind the team, so I can’t ask for much more than that. It’s great that they want to recognize my 35 starts at Indy by choosing the number 35, and when I see that car looking like some of my old race cars, well that will be pretty special too. I hope the fans get a kick out of it.

03/11/16 AR1 is hearing that Alex Tagliani will run a third A.J. Foyt Honda in this year's 100th Indianapolis 500 presented by PennGrade Motor Oil. The French-Canadian driver has started each of the last 7 Indy 500s posting, winning pole in 2011 and posting a best finish of tenth in 2010. Last year, Tagliani ran a third Foyt entry, in which he started 21st and finished 17th.