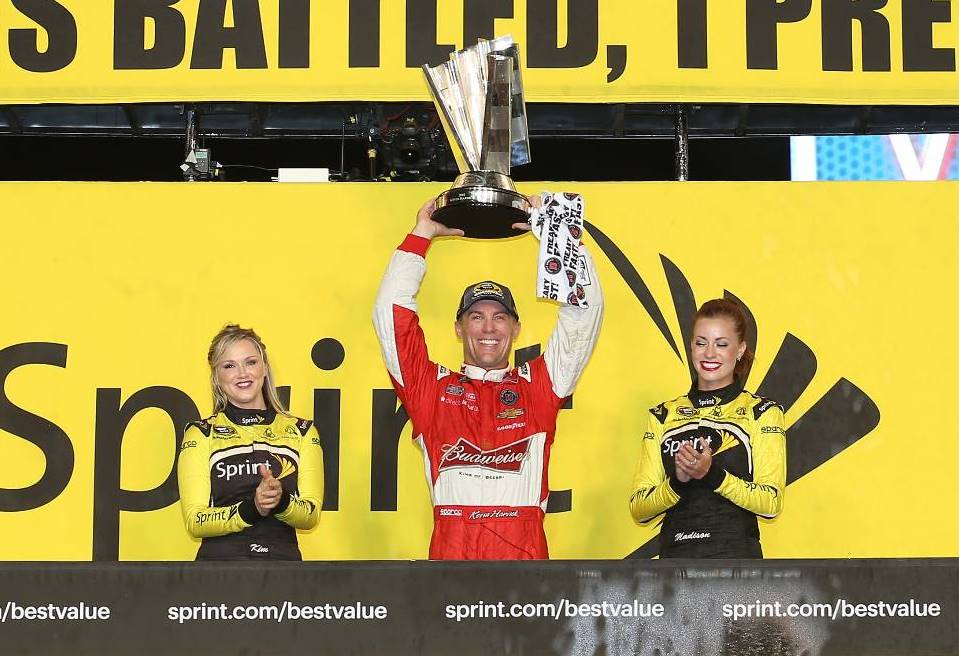 With Stewart-Haas Racing switching to Ford in 2017, there has speculation about the future of driver Kevin Harvick. Harvick, of course, has been a Chevrolet driver since entering the NASCAR Sprint Cup Series in 2001. However, the 2014 series champion doesn't think he will going anywhere. When asked about his future today before Sprint Cup practice at Phoenix International Raceway, Harvick said, "I don't see any reason why that would change. " feel like I have the best crew chief in the garage. It'd be pretty tough to turn around and walk out on that."