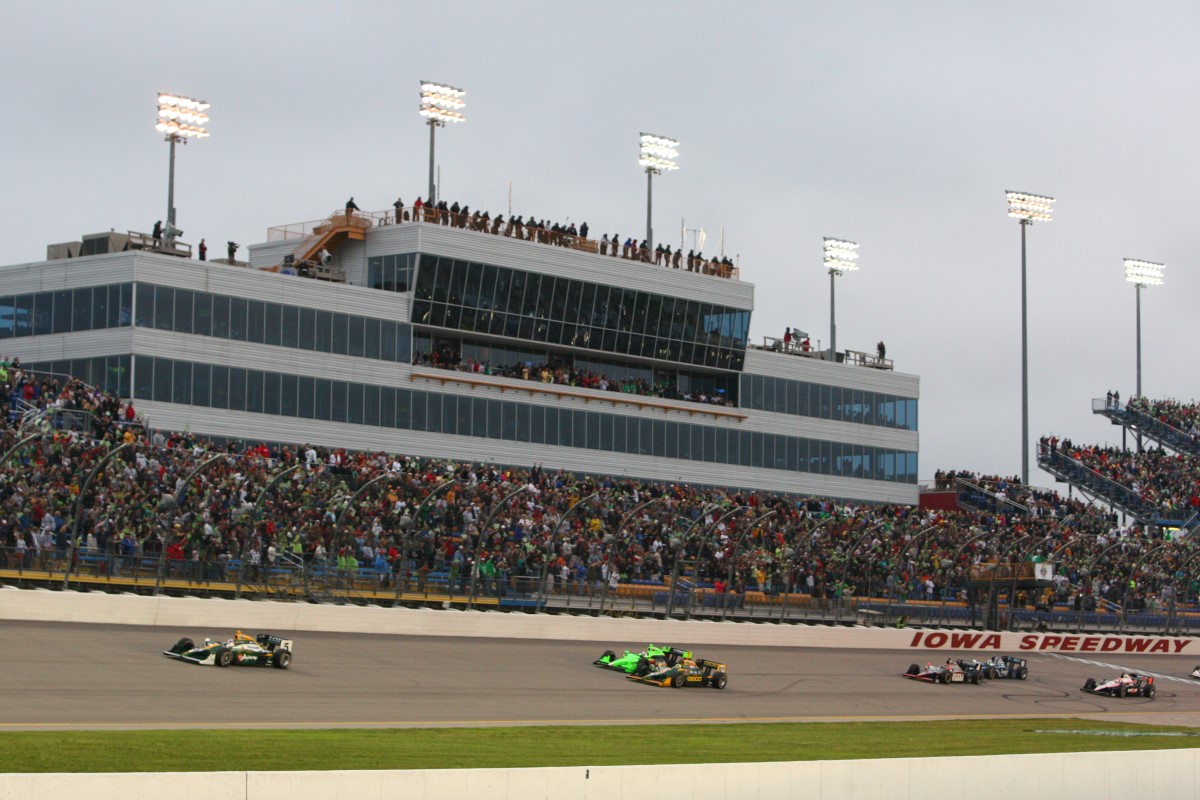 I spent some time after lunch today talking with Iowa Speedway President Jimmy Small. Small had some very interesting thoughts, which I have not yet figured out how I will pass along yet. For now, Small said that ticket sales were "really good" for this weekend's event.

I also asked Small about the possibility of a NASCAR Sprint Cup Series race sometime in the future. Small noted that while they were "hopeful," and that "fans were asking for it in more than just Iowa," he "has not had a single conversation with NASCAR about that."

As for IndyCar returning to Iowa in 2016…

Small sounded optimistic but said nothing was finalized, as a date has not yet been agreed to. Key to Iowa's business plan is having four major race weekends properly spaced apart from mid-May to August. Iowa has two Xfinity/K &N Pro Series weekends and a NASCAR Trucks/USAC Silver Crown weekend in addition to this race weekend. Also, keep in mind that this date is the traditional Toronto IndyCar date, which Toronto is expected to return to next year.

In short, Small sounded optimistic, and clearly wants IndyCar back. However, there seem to be some details to work through.

Following opening Verizon IndyCar Series practice, we took a stroll through the IndyCar paddock. With the rather brutal heat, most of the IndyCar drivers were not outside, likely probably locked away in their haulers, staying cool, staying hydrated and getting ready for tonight's practice.

While in the paddock, we ran into Chevrolet IndyCar Manager Chris Berube. We asked Berube about the parts shortage that plagued teams from earlier in the year, and whether that would be a problem again in 2016. Essentially, Berube noted the parts issue was "a startup problem," and that Chevrolet at least has a surplus of parts available now.

One subject that has been a topic of discussion here at Iowa today has been Sebastien Bourdais failing post-race inspection (minimum weight) after winning last week's race at Milwaukee. Bourdais was fined $5000 and not stripped of the win or any championship points.

AR1 broke the news Wednesday evening that Bourdais' car was three pounds underweight, and that the weight discrepancy was apparently a function of Bourdais' post-race celebration 'donuts'. This report was reiterated by a KVSH Racing team member we spoke to yesterday in the paddock.

Moving on, AR1 is hearing that Pocono Raceway is enjoying better advance ticket sales for this year's August race. Pocono, of course was Fourth of July weekend the past two years. And while the race performed well the first year, ticket sales lagged in year two of IndyCar's return to The Tricky Triangle after a 24-year absence. Word is the race is the late August 23rd race date for 2015 has helped sales.

Although this was probably to some degree assumed, AR1 hears that Honda has big-time stepped up to the plate to fund the #25 Andretti Autosport effort of Justin Wilson for the remainder of 2015.