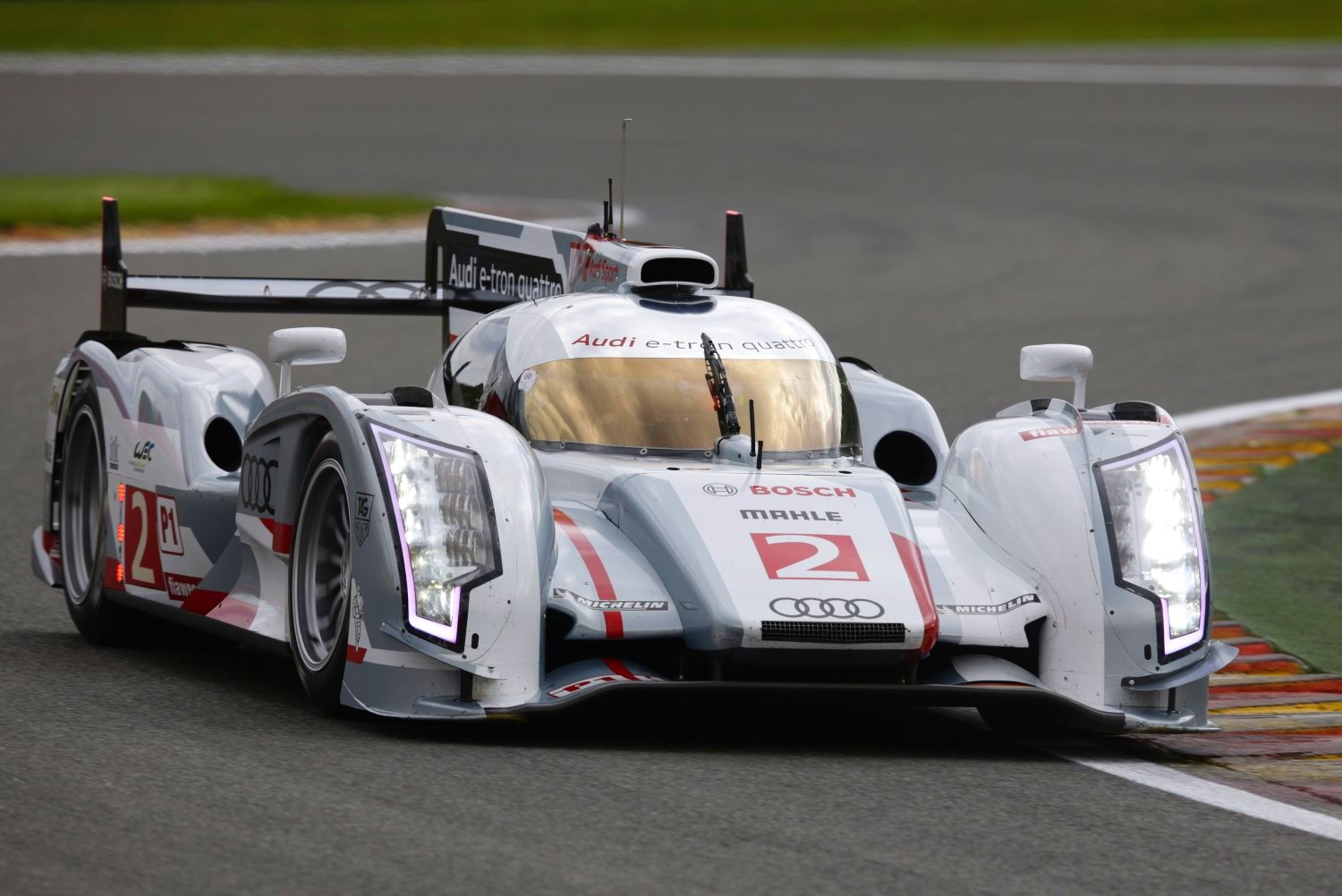 In a month from now a prestigious success will be at stake for Audi. On June 16/17, a hybrid vehicle could be winning the Le Mans 24 Hours for the first time.

Electrified drive and quattro all-wheel drive – what looks like two different worlds at first glance has been merged into a technological synthesis by Audi. "Soon after the TDI phase had begun we started to think about the hybridization of a Le Mans sports prototype, when it was foreseeable that the regulations would open up this option," explains Head of Audi Motorsport Dr. Wolfgang Ullrich.

"After exploring the concepts we quickly saw the opportunity of bringing a new technological specification of all-wheel drive back into motorsport. Unfortunately, it had been banned from circuit racing since 1998."

From 1981 to 1997, Audi won four titles in the World Rally Championship, clinched three victories at Pikes Peak, a championship win in the TRANS-AM, two DTM titles and eleven national Super Touring Car Championships plus a Touring Car World Cup with quattro models. For the first time since the 1998 ban an all-wheel drive model is now allowed to compete in the FIA’s circuit racing program.

Yet what sounds like a simply return has been one of the biggest tasks ever tackled by Audi Sport to date. Packaging an additional front-wheel drive and a hybrid system into a sports car is particularly difficult due to the space conditions. With a width of two meters and a length of 4.65 meters the car has large outer dimensions. But underneath the outer shell there is a monocoque construction which in motorsport has been quite classically optimized for totally different aspects than the integration of a drive axle and incorporation of a hybrid system.

Consequently, the achievements of the engineering team that has made the hybrid front-wheel drive reality are particularly impressive: for example, because the entire drive unit is installed inside the carbon fiber structure for optimal protection. Or because the monocoque has been stretched in forward length compared with the predecessor model. This shortens the crash structure in front of it which still has to successfully pass all crash tests, though. Or because of the extreme proximity to the driver, which requires special protection measures. Or because of the weight, as every gram counts in motorsports. Or because of the performance capabilities. Never before has such a small and light-weight system recovered so much energy.

With support from system partners, Audi has achieved a particularly compact MGU (motor generator unit) on the front axle. During energy recuperation, which is fully electronically controlled, drive shafts transmit the power to the inside of the MGU where the kinetic energy is converted into electric power during braking periods. The principle is similar to that of the commonly known dyno – albeit with extremely high energy flows. Converters integrated into the housing transform this energy from alternating into direct current which in turn drives a rotating mass storage device located alongside the driver. The energy is stored by the current accelerating this carbon fiber flywheel which runs in a high-vacuum to as much as 45,000 revolutions per minute. After cornering, this energy is available again to power the electric motors of the MGU unit which in turn drive the front wheels. Up to 150 kW of short-term power (204 HP) can be supplied to the front axle.

"The fact that in Audi’s Technical Development division ideas of driving the internal combustion engine and an axle via the electric motor have been in existence gave us strong motivation to steer the concept for the R18 e-tron quattro in this direction," says Dr. Ullrich. "We’re convinced that by splitting the electric drive and the combustion drive between two axles we’re achieving a positive weight distribution in the vehicle while making use of at least some of the advantages of a quattro drive system. After presenting our concept to the ACO and the FIA for the first time we received a relatively quick response. They saw that in the case of our hybrid solution in combination with all-wheel drive the quattro factor certainly carries some weight. The FIA wanted to keep this within the limits of a reduced scope because its chief aim is hybridization, not the return of all-wheel drive. Therefore, a clause in the regulations was agreed that limits the advantage of a standard quattro drive when accelerating out of tight corners. The electrified axle may only be additionally used for acceleration above a speed of 120 km/h"

At the same time, the number of braking zones is specified by the FIA for each track. The prescribed 58-liter fuel tank capacity of the hybrid vehicle is two liters less than that of the conventional car. Last but not least, the amount of energy that may be recuperated between two braking zones is limited to 500 kJ. "The FIA defines these intervention options for itself in order to create a balance between the hybrid vehicles and the conventional models. The effects vary from track to track and are difficult for us to judge at this point in time," says Dr. Ullrich.

Dr. Ulrich’s conviction that this has been the right step outweighs these imponderables, though. There is even a bit of nostalgia involved. "I’m really happy that we managed to bring quattro back into motorsport. It was the system I started my first hours in the Super Touring Car project at Audi Sport with," explains the head of motorsport. "Audi proved back then that all-wheel drive offers an advantage on any track in any weather even with low engine output, just like our customers can experience it on the road every day as well. It’s nice that we’re bringing a form of quattro back into motorsport even though, to put it in jest, we’re only allowed to compete with ‘part-time’ quattro at the moment."