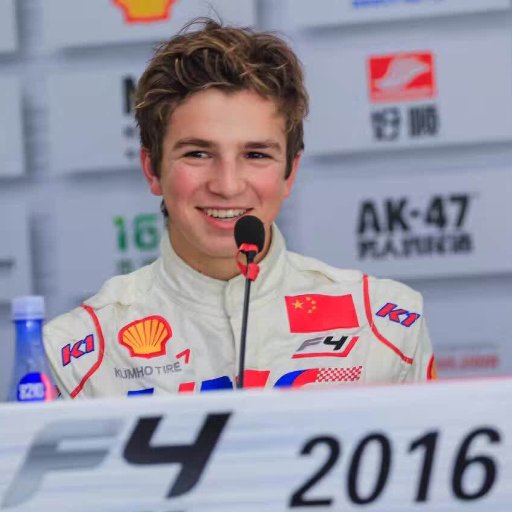 Bruno Carneiro, a 17-year-old racing driver from Riverton, Utah, has signed an agreement to race in the Japanese Formula 3 Championship in 2017. Carneiro, who started racing go-karts at age 4, will be driving for the highly-regarded Albirex Racing Team of Niigata, Japan.

This is a significant step up the professional racing ladder for Carneiro, who is coming off an extremely successful 2016 season during which he won both the FIA Chinese Formula 4 Championship and the Formula Mazda class of the USA-based Formula Car Challenge Championship.

Carneiro’s dream, as it has been since he started racing, is to eventually make it to the FIA Formula 1 World Championship, the pinnacle of international open-wheel racing. Every step along the way must be carefully weighed, and this decision was no different, requiring long negotiations and considerations.

“Choosing which championship to compete in, and which team to align myself with, has been very difficult," said Carneiro. “You have to balance your budget against which opportunity will allow you to do well, learn and get noticed as you try to position yourself for the future. The Albirex group seems like a perfect fit."

Albirex Niigata, the parent company of the racing team, is a large organization that is involved in many sports-related businesses, including major-league soccer, basketball and baseball teams. The group owns and operates a very successful chain of sporting-goods stores throughout Japan, and has been investing heavily and intelligently in motorsport. The team has a five-year plan for Carneiro, with the initial contract being for two years.

“I am truly humbled by this amazing opportunity,"’ said Carneiro. “We started discussions with the Albirex Niigata team back in December. This agreement is the result of an incredible effort by everyone at the BCM Group, especially Desire and Alan Wilson, with considerable support from Theodore Racing, David Kennedy, Jacques Heckstall-Smith and Kaori Shui.

The 2017 Japanese Formula 3 Championship will be comprised of 20 races over nine race weekends at six circuits: Okayama, Suzuka, Fuji, Autopolis, Motegi and Sugo. Carneiro will be driving a Dallara 312 open-wheel racer, featuring a carbon-fiber monocoque, six-speed Hewland sequential gearbox, Brembo brakes and Yokohama tires. The engine is a Mercedes-Benz HWA 2.0-liter naturally-aspirated four-cylinder, which will power the car to speeds in excess of 150 mph. It will be the fastest car that Carneiro has raced in his career.

“I can’t wait to strap into Albirex Niigata’s orange-and-blue Dallara-Mercedes," Carneiro added, “and I’m looking forward to learning a lot and improving my skills in Japan representing both Utah and the USA."

“We are very excited to have Bruno racing with us and joining our team," said Mr. Toshikazu Nakamura, President of Albirex Niigata. “We chose him because we need a young, talented and very determined junior racer to grow with our team. The first year will be a great chance for Bruno to adapt to the very fast Formula 3 cars, and we hope to fight for the title in 2018."

The next step in Carneiro’s journey takes place tomorrow, March 2, when he will travel to Japan to participate in a series of tests at the Suzuka and Fuji Circuits until March 18. He will then return home to Utah for a few days prior to the first rounds of the championship at the Okayama circuit on April 1-3.

For more information on the team or sponsorship opportunities, contact the BCM Group at 801-673-6804 or brunocarneiromotorsports@gmail.com