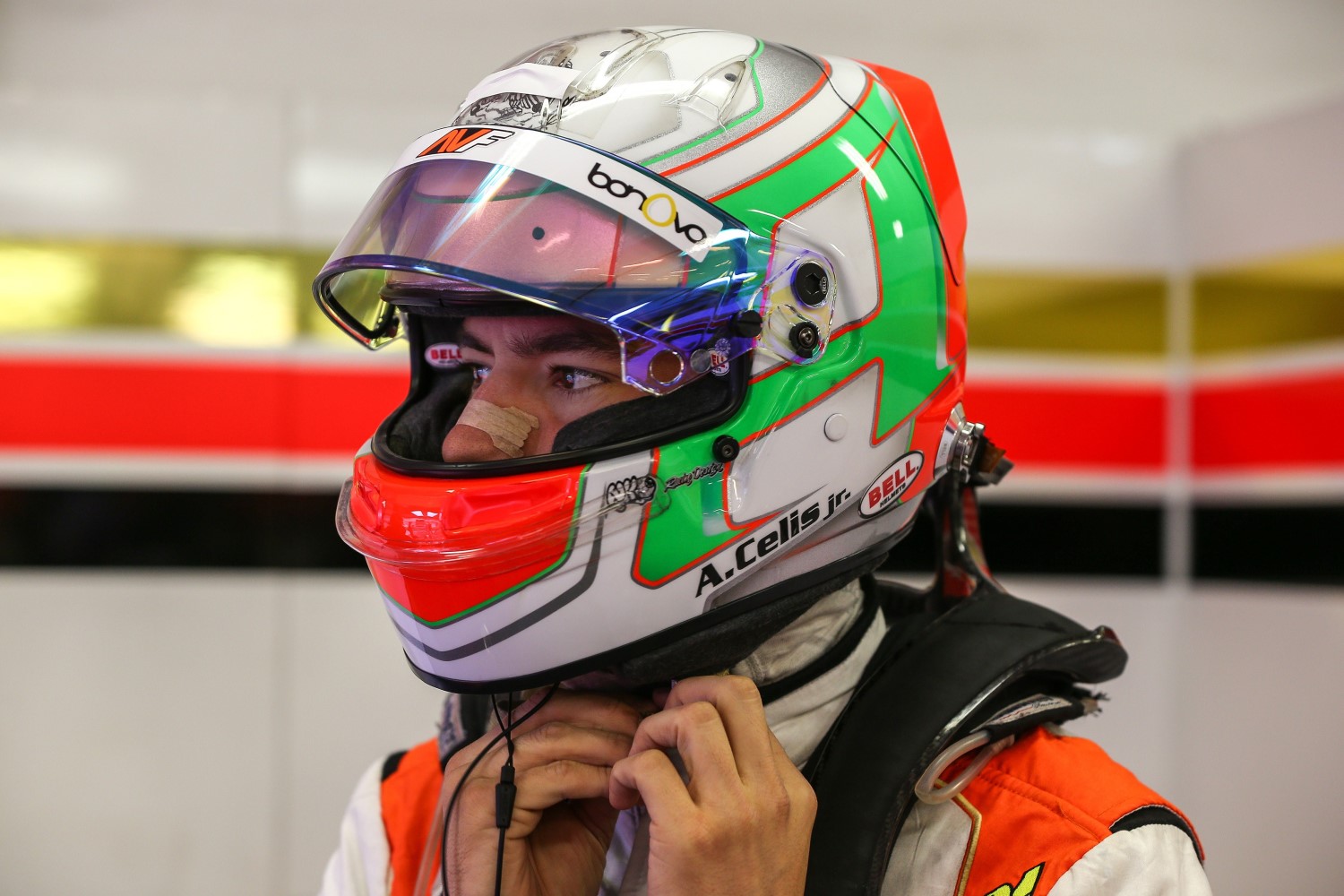 Born in Mexico City in 1996, Celis Jr started karting in 2009 and made his debut in single-seaters in 2011 taking part in the LATAM Challenge Series with Megaracing. In 2012 Celis made the move to Europe and switched to the Formula BMW Talent Cup.

The young Mexican then signed with Fortec Motorsports for the 2013 Formula Renault 2.0 NEC season. He achieved eleven point-scoring finishes, including a podium in the closing race of the season at Zandvoort, finishing fourteenth in the overall series standings. During the 2013 season Celis Jr also competed in one-off entries to British Formula 3 and FIA European Formula 3 championships at Nurburgring and Zandvoort respectively with #TeamFortec.

For 2014 and 2015 Celis Jr graduated to the GP3 Series and was signed as development driver by the Sahara Force India F1 team for 2016, making his first event on-track appearance during free practice at the Bahrain Grand Prix.

The last collective test of 2016 was held at the Circuito de Jerez on 5-7 December 2016, with more than 20 drivers participating over the three days. Alfonso Celis Jr topped the time sheet of the first morning session in the #1 Fortec Motorsports car.

Alfonso Celis Jr, driver Fortec Motorsports Formula V8 3.5 team
“I am so happy to be re-joining Fortec Motorsports. They were my number one team choice for 2017 and I look forward to sharing great success with them next season."