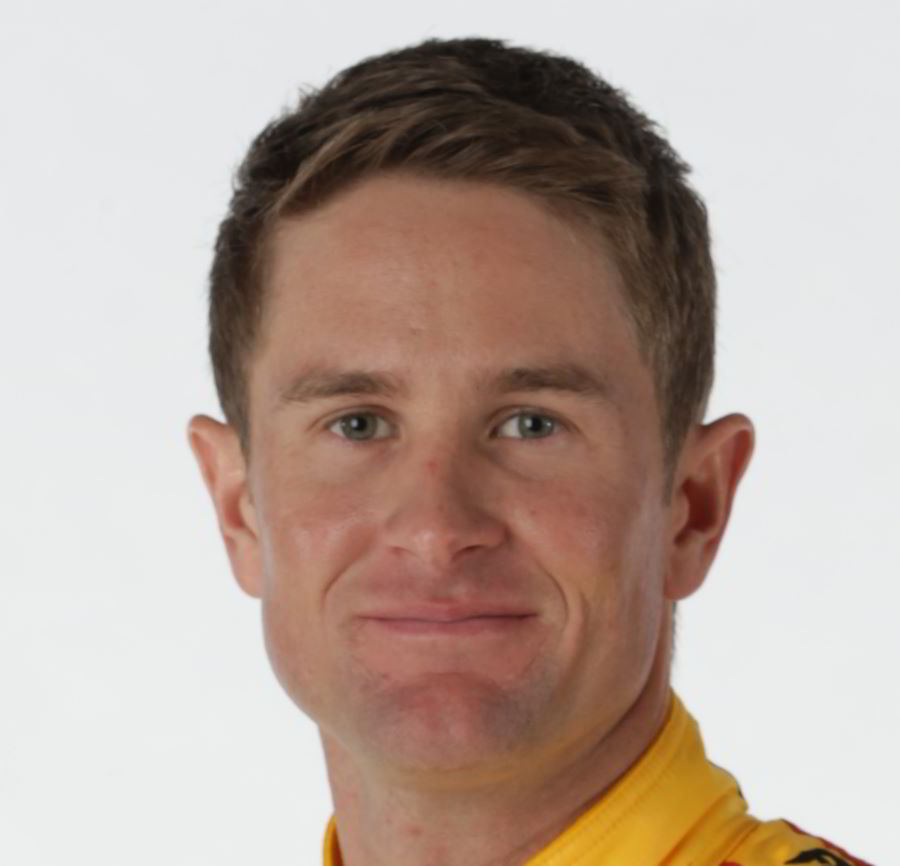 At the Verizon IndyCar Series MavTV 500 in June at Auto Club Speedway, Hunter-Reay was involved in a collision with Ryan Briscoe at the start-finish line one lap from the finish in the race, which was won by Graham Rahal. Briscoe was sent flying, turning upside down, as Hunter-Reay stopped on the infield grass.

That's considerably faster than what he'll do as a pace car driver. Hunter-Reay will not only finish his pace car duties upright, he'll average 2.5 mph along with five-mile route. At that rate, it's expected to take Hunter-Reay two hours and 12 minutes in his new Acura NSX.

If he were in his regular ride, the No. 28 DHL Andretti Autosport Honda, Hunter-Reay would cover the distance in about a minute and a half. However, his trip down Pasadena's famed parade route isn't about speed but about showing off the new car and exposing IndyCar to plenty of new potential fans.

"I always said that winning the 2014 Indy 500 was a gift that kept on giving, but in this case, it's giving not just to me and the team, but also the Verizon IndyCar Series as a whole," Hunter-Reay said in a recent phone interview. "It gets new eyeballs on IndyCar, it gets people talking about the series; a great opportunity in front of people who maybe don't follow racing.

"Ahead of the 100th running of the Indy 500 (in May), this is important. Yes, it's a huge honor for me to represent Honda, but also the world's biggest race and IndyCar racing as a whole."

Hunter-Reay won't be the first IndyCar driver to be part of the country's most famous parade. In 1963, two-time Indy 500 winner Rodger Ward rode on the State of Indiana float that also featured his winning Roadster from his 1962 Indy win.

"It's a huge honor," Hunter-Reay said about his duties on New Year's Day that begin at 3 a.m. when he reports to Tournament House. "It's the Rose Parade, which is a tradition just like the Indianapolis 500. You watch it on New Year's Day, and to be the lead car in the whole parade is a huge honor.

"Thanks to Honda for putting that together; I'm looking forward to the Tournament of Rose Parade and the Rose Bowl Game."

It will also be an opportunity for his family to explore their Southern California roots. Hunter-Reay lived in Dana Point for six years and first met wife Beccy, Robby Gordon's sister, at the Toyota Grand Prix of Long Beach.

"A lot of our family is still out there, he said. "I'm looking forward to bringing our kids (sons Ryden and Rocsen )out there and being a part of it."

Following his Indy win in 2014, there was talk about Hunter-Reay pacing the Rose Parade to start 2015, but the timing wasn't right.

"We put it up now with the NSX hitting the road, it's perfect timing," said Hunter-Reay. "I'm honored to be representing the sport, IndyCar and the Indy 500, as winner and champion. It's a huge opportunity.

His first look at the pace car will be when he arrives at Tournament House in the middle of the night. The 35-year-old did see a prototype of the car when it made demonstration laps two years ago at Mid-Ohio Sports Car Course prior to an IndyCar event.

"Driving a pace car is usually done by retired guys," Hunter-Reay said, with a laugh. "I'm not there yet, but it's an honor to represent Honda at the Rose Parade. It's such an American tradition.

"I've had a great relationship with Honda and they have done so much for the series over the years. This is a great opportunity to showcase their product at an iconic event. Maybe Honda will let me keep it after the parade."

Following the parade, Hunter-Reay will attend the Rose Bowl Game between Iowa from the Big 10 and Pac-12 champion Stanford. He leaves no doubt who he will be cheering for.

"I have to pick Iowa because of the success I've had at Iowa Speedway," he said. "Winning there three times (2012, 2014 and 2015), Iowa has given a lot to me, so I feel like I have to give something back to them. So that's who I am picking." Louis Brewster/Inland Valley Daily Bulletin