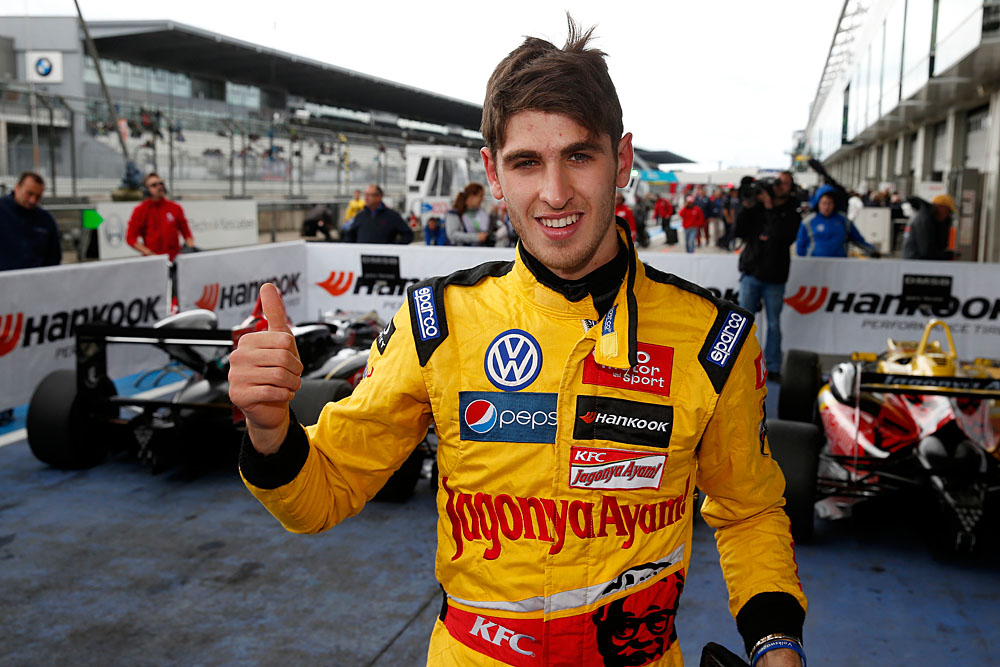 At the start, Max Verstappen took the lead from second place on the grid while Tom Blomqvist, who started from pole position, dropped back to third behind Verstappen and Antonio Giovinazzi. Later on, Blomqvist had to battle for third with a charging Esteban Ocon. At the same time, Antonio Giovinazzi put Max Verstappen under pressure in the duel for the lead. Initially, both Verstappen and Blomqvist were able to defend their respective positions. On lap 20, however, the 16-year-old Dutchman suddenly slowed down and stopped and the four years older Antonio Giovinazzi inherited the lead. Eventually, the Italian scored his second victory of the season from team-mate Tom Blomqvist and Esteban Ocon.

Antonio Giovinazzi (Jagonya Ayam with Carlin): “My start was really good, I was able to overtake Tom straight away and then I was behind Max. When Max suddenly stopped, I could take the lead. I feel sorry for Max, but that is racing. On the other hand, I don’t think I would have been able to overtake him had it not been for his problem."