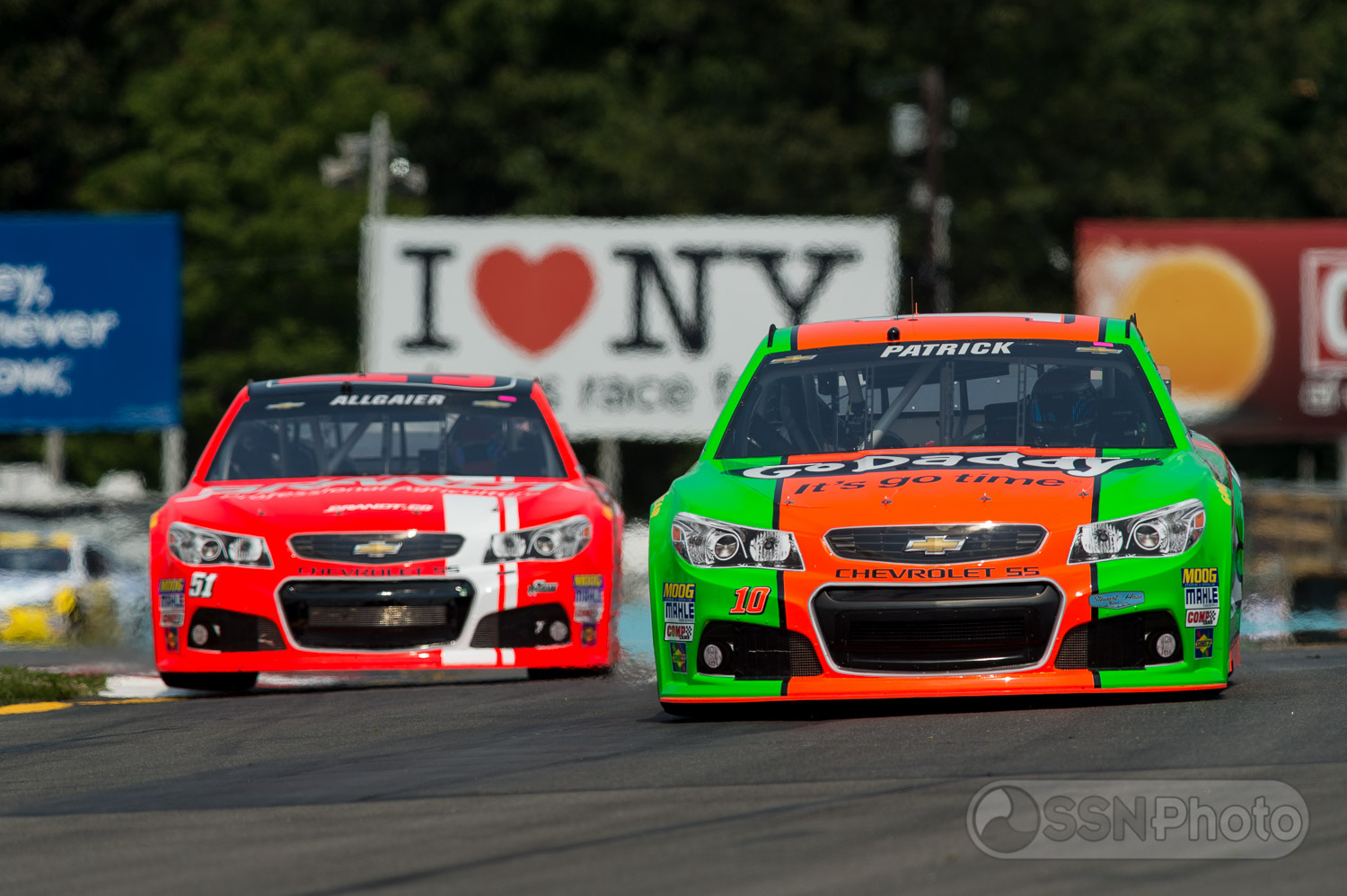 The only good thing about Danica Patrick's Friday at Watkins Glen International is it's over.

Patrick had a very bad day at The Glen. She had to change an engine after the day's first practice – meaning she'll start at the rear of the field for Sunday's race – and then crashed head-first into a tire barrier after suffering a blown tire at the end of the second session.

"It has been a record horrible day, I'm pretty sure," she said with a chuckle after being released from the infield care center. "So why not stack it on?"

With just two minutes remaining in practice, Patrick – who was 36th-fastest – was informed by Matt Kenseth that smoke was coming from her car. It turned out the left front shock failed, which caused the tire to rub and then blow out. Her Stewart-Haas Racing team will use a backup car.

Defending race winner Kyle Busch rounded his 17th lap at 128.660 mph for the third-fastest run of the session.