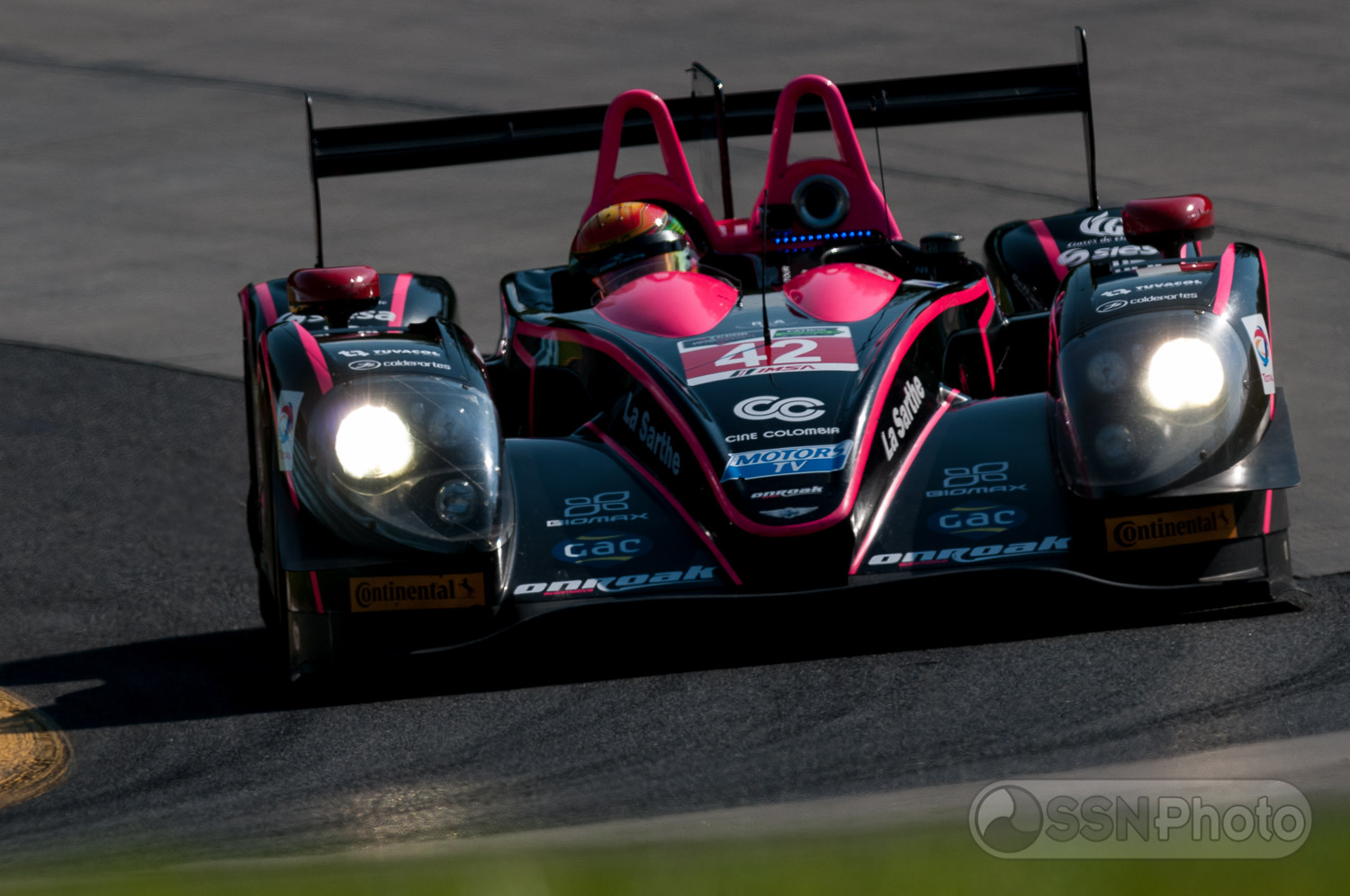 Alex Brundle had only seven laps of practice during his first visit to Watkins Glen International prior to qualifying for Sunday’s Sahlen’s Six Hours of The Glen.

That’s all the second-generation British driver needed to get the pole position.

Brundle tackled the 3.4-mile course and turned the fastest lap of Saturday’s 15-minute session to capture the TOTAL Pole Award for the TUDOR United SportsCar Challenge endurance contest that also serves as the third round of the Tequila PatrÂ¢n North American Endurance Cup. The race takes the green flag at 11:15 a.m. ET.

“I like learning new things, and I know the car extremely well," said the 23-year-old driver, who ran a lap of one minute, 37.902 seconds (125.023 mph) in the No. 42 OAK Racing Morgan/Nissan co-driven by Gustavo Yacaman and Ho-Pin Tung. “It was just a matter of hooking the apexes up. I love this place, mega. There are some hairy sections, but what a venue.

“I have to show a little bit of humility because maybe our opposition were not optimizing their programs for qualifying. But with that said, I think it shows we have a good car here and it fills me with confidence for the race."

OAK Racing will be joined on the front row by Action Express Racing, seeking its third consecutive victory at The Glen. Christian Fittipaldi posted a lap of 1:38.560 (124.188 mph) in the No. 5 Corvette DP co-driven by Joao Barbosa and standby driver Burt Frisselle. Barbosa won last year’s race with Fittipaldi, and joined Darren Law in winning the 2012 event.

Another Brit competing at The Glen for the first time won the pole in the highly competitive GT Le Mans (GTLM) class.

Andy Priaulx, though, had the benefit of a private test session three weeks ago to learn the circuit.

Jan Magnussen was second in the No. 3 Corvette Racing Corvette C7.R, followed by Dirk Mueller in the No. 56 BMW Team RLL BMW Z4 GTE, Michael Christensen in the No. 912 Porsche North America Porsche 911 RSR, and Jonathan Bomarito in the No. 93 SRT Motorsports Dodge Viper SRT GTS-R.

Colin Braun gave the CORE autosport team its second TOTAL Pole Award of the season in Prototype Challenge (PC) qualifying, running a lap of 1:40.562 (121.716 mph) in the No. 54 ORECA FLM09. It was the second pole of the season for the former NASCAR Nationwide Series and Camping World Truck Series regular. Co-driver Jon Bennett led qualifying in the most recent race at Kansas Speedway.