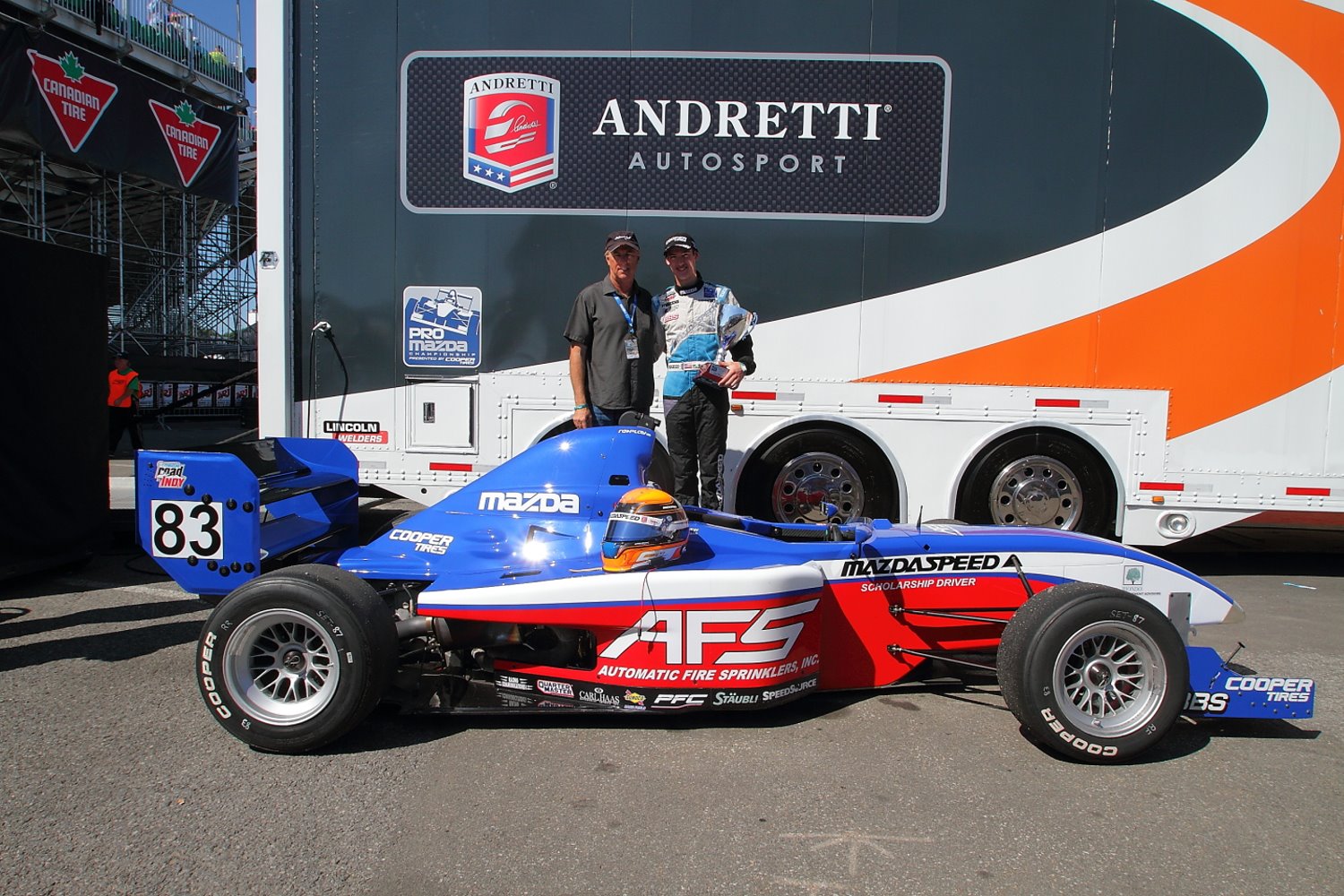 Pro Mazda Championship racer Matthew Brabham wheeled the No. 83 machine to a record-setting wins in Trois-Rivieres this last weekend. Recording his 10th and 11th victories of the season, the 19-year-old set a new series record for most wins, as well as most podium finishes (13) in one season and clinched the 2013 Pro Mazda Championship title.

The American's Mazda-powered Andretti Autosport car hit the 1.53-mile Canadian circuit featuring the branding of longtime Mazda Road to Indy supporter and Andretti Autosport partner AFS Racing. AFS Racing officially came on board before the Aug. 4 race at Mid-Ohio Sports Car Course and will see Brabham through the 2013 season and possibly beyond.

As part of the Mazda Road to Indy program, Brabham will receive the MAZDASPEED Motorsport scholarship helping to grant him a spot to race in 2014 as part of the next ladder step, Firestone Indy Lights; this will be Brabham's second consecutive year to win the scholarship after securing the USF2000 Championship title in 2012 to ensure a ride in 2013's Pro Mazda fight.

"It was fantastic to have AFS Racing come on board and help us win the championship. Gary (Peterson) and AFS have helped many great young drivers in their careers and I'm honored to be now be part of that select group. I'm looking forward to exploring further development of my career with AFS and Andretti Autosport."

"AFS is proud to be a part of Brabham's success," said AFS Racing owner and former racer Gary Peterson. "He's on his way to winning the 2013 Pro Mazda Championship in the AFS/Andretti Autosport car after clinching both races in Canada. It has been a primary focus of AFS to mentor young, up-and-coming drivers. Brabham will be one of a long list of talented young drivers we've worked with over the last 11 years. I've had the pleasure to get to know each of these great drivers and their families and I'm looking forward to helping Brabham take the necessary steps forward in his career."