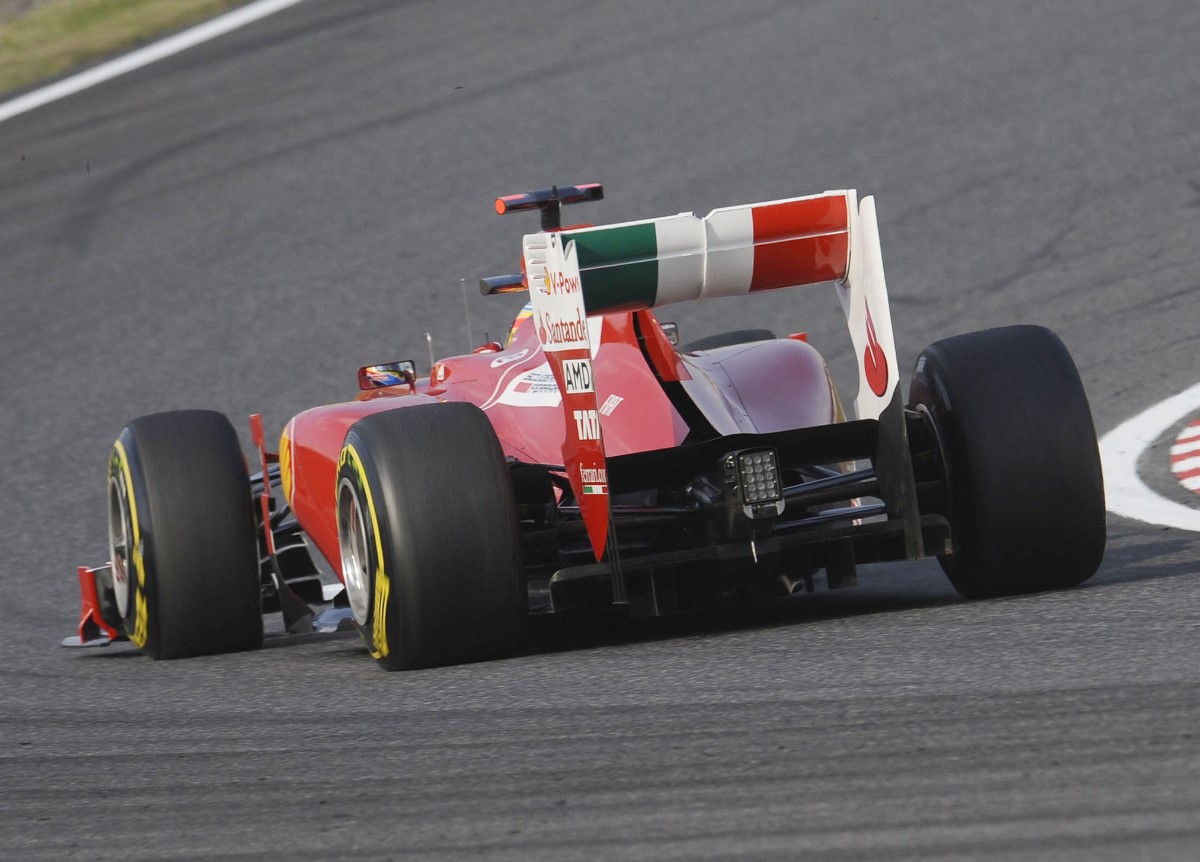 FIA drops Ferrari test probe
(GMM) F1's governing body has dropped its investigation against Ferrari, but summoned Mercedes to the international tribunal over the 'test-gate' saga.

In a statement, the FIA said its president Jean Todt – the former Ferrari team boss – had decided to "close the case" regarding Ferrari, because testing Pirelli tires with a 2011 car "is not deemed to contravene" the rules.

However, as to Mercedes' secret tire test with its race drivers and 2013 car, "this testing may constitute a breach" of the rules, the statement added.

A hearing date for the international tribunal was not revealed.

Both Pirelli and Mercedes have denied the three-day, 1000km test at Barcelona last month was 'secret'.

But Red Bull's Christian Horner has told Autosprint: "Why then did the drivers use different helmets?"

It also emerges that, on May 16 and whilst in Spain for the test, Lewis Hamilton 'tweeted' a photo he took from inside a car of Walt Disney World in Orlando, Florida.

Meanwhile, despite Pirelli saying several times in a recent statement that Mercedes did not test any 2013 tires during the test, Paul Hembery has admitted that the tweak to be introduced this weekend in Canada was indeed tried by Mercedes.

"We just wanted to perform a check on a race circuit we knew to make sure there were no balance issues," he told PA Sport news agency, explaining that the tweaked tire was running a different compound.

Hamilton 'expected' Rosberg's top form in 2013
(GMM) Lewis Hamilton insists he is not fazed by his inferior form alongside Mercedes teammate Nico Rosberg so far in 2013.

The 2008 world champion, who switched from McLaren over the winter, has admitted he is struggling with brakes this year, after Rosberg scored three poles on the trot and then won the recent Monaco grand prix.

"I expected him to be even stronger than he has been simply because he has been in the team for years," he is quoted by British newspapers.

Hamilton also warned that his problems with the brakes will not be quickly fixed.

"I see it being a problem for me for quite some time, until I figure it out, which I haven't done yet," he said.

And while Rosberg may have won in Monaco, Hamilton does not expect Mercedes to be challenging for the title this season.

"I don't really look at it and think we are contenders at the moment," he insisted.

Asked by Spain's Marca newspaper to name the best package of 2013, Hamilton answered: "I would say Ferrari.

"They are not yet the best in qualifying, but they have a race pace that we don't.

"We need to improve our management of the tires, and then we'll be able to compete on par with Ferrari and Red Bull," he said.

McLaren not ending slump 'quickly' – Michael
(GMM) McLaren is only inching back to the front of the field in 2013, sporting director Sam Michael has admitted.

He said the still-uncompetitive MP4-28 showed signs of improvement at Monaco, and will have some more minor improvements on board this weekend in Canada.

"We're developing the car, the car is getting better," Michael said during a Vodafone media phone-in, "though not as fast as we would hope.

"We're not returning to form as quickly as we'd like, but we are moving in the right direction," the Australian added.

"The last few small steps we've put on the car have worked and as long as we keep doing that then we'll gradually keep moving towards the front," said Michael.

According to PA Sport news agency, McLaren's lead driver Jenson Button agreed: "We're still not great, but we're getting there."

No more tire tweaks in 2013 – Hembery
(GMM) If Pirelli's tire tweak is introduced for Silverstone, it will almost certainly be the last change in 2013, Paul Hembery has revealed.

Following criticism of the four-stop strategies seen at times early this season, the Italian marque wanted to make more radical changes for Canada this weekend.

Instead, only a minor tweak will be tested on Friday morning, and pending the agreement of the teams, the change – to solve the rear delamination problems seen this year – could be introduced for the British grand prix late this month.

But beyond that, motor sport chief Hembery acknowledged that the necessity for the unanimous vote of the teams makes more changes in 2013 very unlikely.

"Ideally we'd like to change the harder compound to give us more guarantees of being under three stops," he is quoted by PA Sport news agency.

"But that sort of change needs the agreement of all 11 teams. Teams have taken different design approaches, so some feel they don't wish to be penalized by an in-season change that may alter their performance levels," he added.

The 20min.ch website said Mercedes has confirmed the veracity of the images, saying the rules allow the practice, which has also been deployed by other teams in 2013.

Petrov focused on F1 return for 2014
(GMM) Even without a manager or Russian sponsors, Vitaly Petrov is still determined to return to formula one in 2014.

Since losing his Caterham seat at the end of last year, 28-year-old Petrov has split with his long-time manager Oksana Kosachenko, who is now Caterham's commercial director.

Petrov also admits that his own search for new Russian backing has proved frustrating.

"Unfortunately only companies from the west have contacted us so far," he is quoted by Speed Week, "which is a shame, because ideally I'd like to go back to formula one with Russian partners."

Nevertheless, Petrov insisted his focus remains on a F1 comeback for 2014.

"The negotiations are in progress and I'm working hard," he is quoted as saying.

"I have received many offers from other series and attended their races," added Petrov, "but formula one is my priority.

"I will use all my strength to go back to F1, because it's my life," he said.