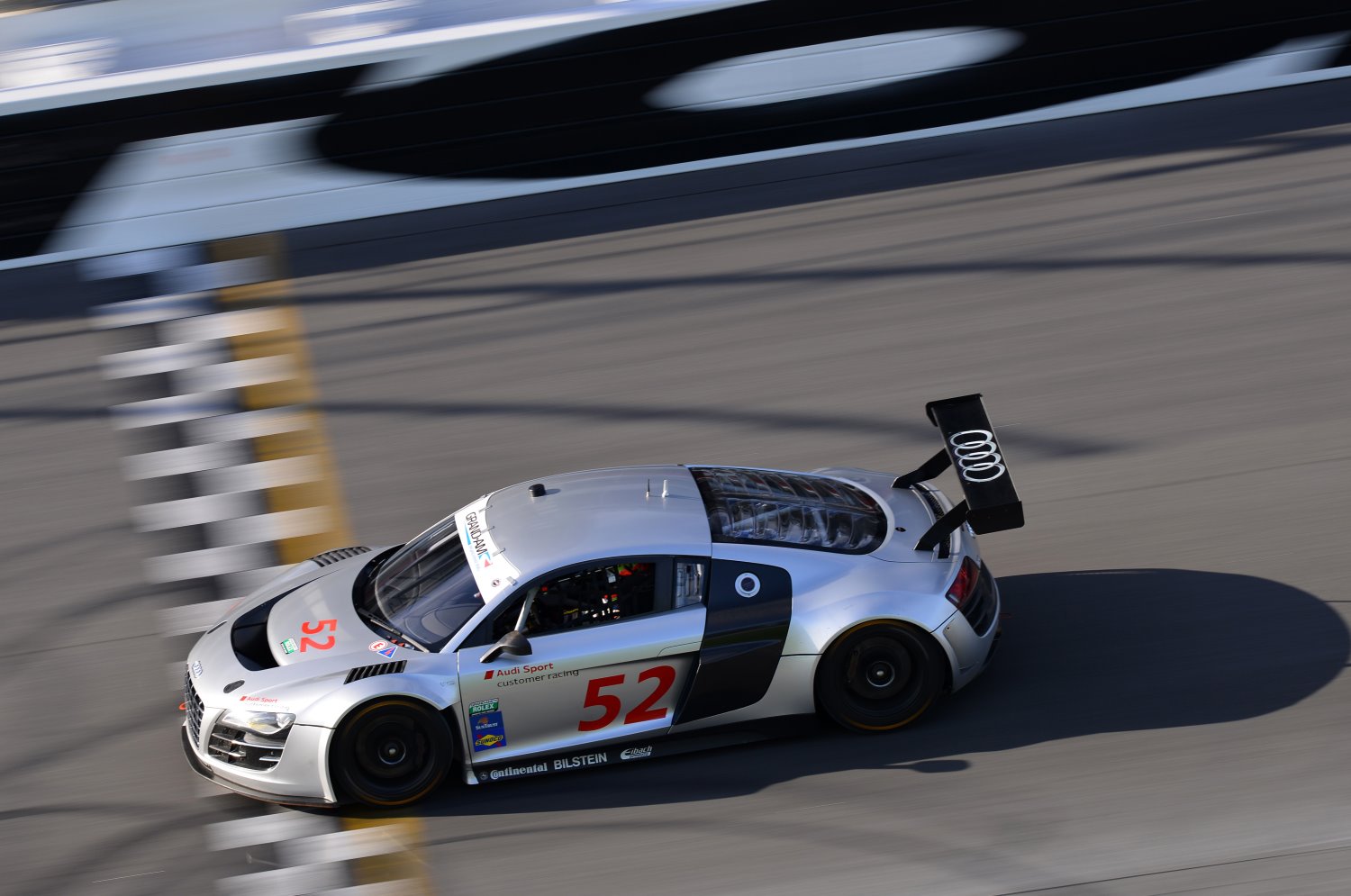 Audi Factory drivers from the WEC and the DTM are playing a role in AUDI AG’s customer sport program. In the 24-hour race at Daytona (Florida) on January 26/27, Filipe Albuquerque, Oliver Jarvis and Edoardo Mortara will be driving an Audi R8 GRAND-AM of the Alex Job Racing team. The cockpits of two other R8 cars will be occupied by high-caliber racers as well. Marc Basseng, Rene Rast and Frank Stippler will be driving for APR Motorsport, Frank Biela, Christopher Haase and GT1 World Champion Markus Winkelhock for Rum Bum Racing. In addition, each squad will be joined by an American driver.

A driver announcement for the No. 51 APR Audi R8 will be made in the coming weeks.

APR will also unveil a brand new livery at the Rolex 24 at Daytona that it will use throughout the 2013 season. Both of the Audi R8s will use an interim testing livery at the Roar Before the 24.

With the 24-hour race at Daytona and an intensified commitment in the GRAND-AM Series, Audi is ringing in its return to US racing. In the United States, the brand with the four rings is recording stronger growth than the US market as a whole, particularly in the prestigious large-premium-car segment. The racing activities in the United States are intended to support this trend over the long run.

Therefore, an entry of the Audi R18 e-tron quattro in the 12-hour race at Sebring (Florida), which Audi has won on ten occasions, on March 16 is in planning as well. "It looks like this may be the last opportunity to compete with an LMP1 car at Sebring," says Head of Audi Motorsport Dr. Wolfgang Ullrich. "We’d really like to use this chance and say goodbye to the fans with a nice showing after our fantastic success story in recent years."

This may not have to be a final farewell, though. In 2014, the GRAND-AM Series and the American Le Mans Series will merge to form a new North American Sports Car Championship that might be of interest to Audi. Furthermore, the US fans will have another opportunity in 2013 to watch the Audi R18 e-tron in action as the FIA World Endurance Championship (WEC) will visit Austin (Texas) on September 22.