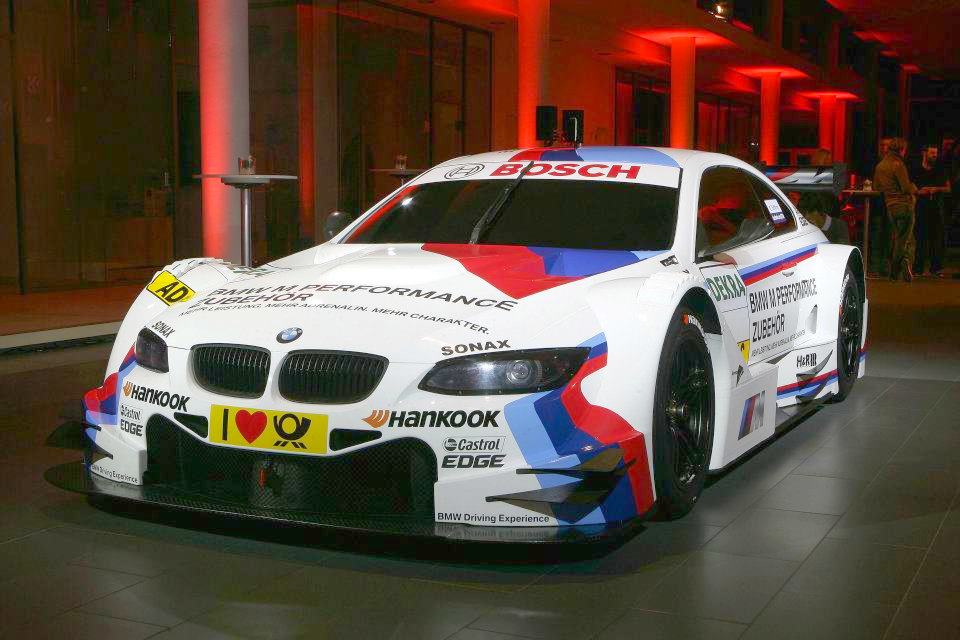 BMW is staging a premiere at the finale of the DTM season in Hockenheim: on Sunday (23rd October), the public will have their first opportunity to see the BMW M3 DTM live on the racetrack.

Together with the other two manufacturers involved in the series, BMW will give fans a taste of what they can expect next season. BMW, Audi and Mercedes will complete demonstration laps with their new cars as part of the support program.

Fans at Hockenheim will witness the BMW M3 DTM in a new BMW livery for the first time. One car used next year will also line up with this design – as well as featuring the script ‘BMW M Performance Accessories M3 DTM’. With the BMW M Performance Accessories product range, BMW is able to allow its customers to express the classic BMW values of sportiness, dynamics and innovative technology even more emphatically.

"Although we are currently very occupied with the ongoing testing, we did not want to pass up the opportunity to offer DTM fans a taste of what is to come in the new season," says BMW Motorsport Director Jens Marquardt. "We could not imagine a more appropriate venue than Hockenheim. This is also the racetrack, at which we will contest our first race next year, 20 years after we last entered a works team in the DTM. We are particularly proud of our partner BMW M Performance Accessories and the design of the car. It is evidence of the manner in which the DTM project has been accepted within our company. We have received very positive feedback on our BMW M3 DTM so far, and are very much looking forward to presenting it live to the fans in Hockenheim."

BMW works driver Dirk Werner will be behind the wheel of the new BMW M3 DTM for the demonstration laps in Hockenheim. Werner has already completed a number of test sessions with the car.

Following the official Roll-Out on 4th July at the BMW test facility in Aschheim, the BMW M3 DTM was revealed to the public for the first time at the DTM event in Munich on 15th July. Since then, BMW Motorsport has completed numerous successful test sessions with the newly developed car. The finale of the 2011 season in Hockenheim offers the first opportunity for the general public to experience the car out on the track. BMW will be represented by three teams in the DTM in 2012, each running two BMW M3 DTM cars: BMW Team Schnitzer, BMW Team RBM and BMW Team RMG. Two BMW drivers have already been confirmed for 2012, in the form of Andy Priaulx and Augusto Farfus.