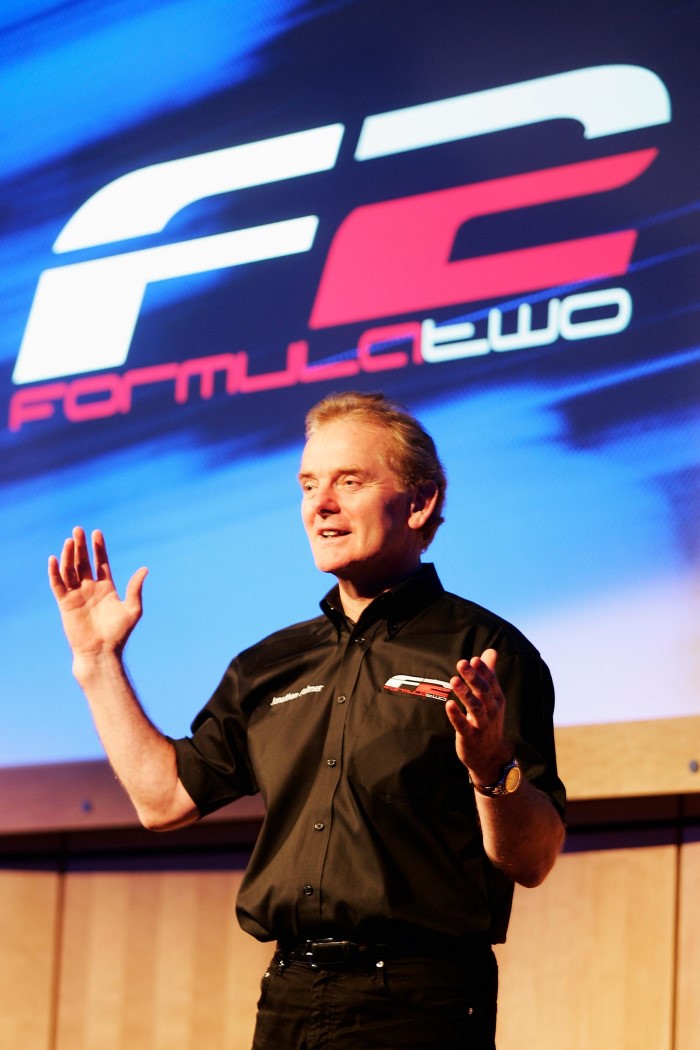 On Thursday Jonathan Palmer unveiled plans for new FIA Formula Two Championship in Europe. This means most drivers from Europe with money will now stay in Europe and IMSA Atlantic fields will shrink dramatically.

MSV won an FIA tender last month to supply the cars and operational expertise for the series, which is designed to make reaching Formula One hugely more accessible for talented young drivers by providing the opportunity to race in a top-level international championship at a sensationally low price. There are planned to be twenty F2 drives available for 2009, at a cost of just Â£195,000 + VAT for the season.

Speaking at a briefing session yesterday (Thursday) for media and prospective drivers at the RBS Williams F1 Conference Centre, Jonathan Palmer said: “The return of Formula Two after 25 years is an enormously significant time in the history of motorsport. There is no doubt the FIA's eagerness to create a prestigious high performance new championship at a radically low cost is perfectly timed." The Formula Two cars are being designed by a six person team from Williams F1, led by Director of Engineering Patrick Head. AT&T Williams Team Principal Sir Frank Williams also spoke at the briefing: “Patrick Head is a truly gifted engineer and I hope that Williams F1 can deliver to Jonathan Palmer a well engineered, safe car for the drivers that is not too difficult to work on or expensive to operate." The racing cars feature a sophisticated carbon fiber composite survival cell chassis and will be built to comply with the 2005 FIA F1 safety regulations. The F2 car will be powered by a specifically developed new turbocharged Audi race engine, producing a base 400bhp with 450bhp available for a six second period that can be used ten times in each race to promote overtaking. A new Hewland six speed paddle shift gearbox is used. The cars will be assembled and prepared between races at MSV’s Bedford Autodrome facility, whose circuit complex provides direct testing access.

MSV will be responsible for the transportation of all race cars to the events and all cars will be run by MSV personnel at the events with the objective of achieving the highest levels of equality, reliability and safety. This operational structure results in a huge cost saving compared to the traditional way of selling cars to teams who all bring their own personnel and spend substantial funds continually trying to make their cars faster than their competitors’.

The championship will consist of sixteen rounds over eight events on some of the most famous circuits in . Most races will be run alongside the FIA World Touring Car Championship and F2 will also headline race meetings in the and .

Prior to the racing season there will be three exclusive official F2 test days at Snetterton on 27/28 April and Silverstone on 5 May, plus mid-season testing at Brands Hatch and .

A dream prize awaits the winner of the FIA Formula Two Championship: a full test drive with the AT&T Williams team following training in the Williams F1 simulator.

Jonathan Palmer, a former Formula Two champion, added: “I am extremely excited about this fantastic new opportunity for MSV, Williams F1, the FIA and most importantly, the F1 drivers of the future. In partnership with Williams F1 we are establishing a formula leading directly to Formula One with an outstanding new high performance car yet at a fraction of the cost of the alternatives. I am absolutely determined that Formula Two will attract the greatest depth of talent by virtue of its extraordinary cost effectiveness, and through its carefully considered format and equality of opportunity produce most of the best future F1 star talent in the coming years."