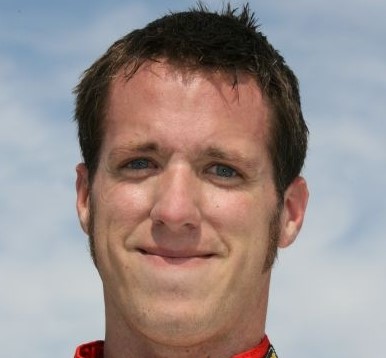 FuZion Autosport, a newly formed racing team whose principals are motorsports veterans, will debut in the Indy Pro Series in 2008 with Adam Andretti as its driver.

Andretti, the nephew of Mario Andretti and cousin of Michael and Marco Andretti, debuted in the Indy Pro Series in the 2007 season finale at Chicagoland Speedway, qualifying 13th and finishing 18th.

The team will conduct its first test on Dec. 18 at Sebring International Raceway.

"I am very happy to finally be settled in with an Indy Pro Series team," Andretti said. "FuZion was a no-brainer for me. Even though the team is new, the engineers, mechanics and management have been around the series since its inception, and the ownership group is made up of true red-blooded racers.

"I recently relocated back to Brownsburg (Ind.) where I was raised and attended high school, so everything feels like the right fit. Most of all, it is an honor to drive for a well-respected group of owners who have the talent needed for the team to succeed. I can't wait to start testing and get on with the season"

"I feel very fortunate to be a co-owner of FuZion and associated with both David Hunt and Dave McMillan" Countryman said.

"It's rare to find and put together a group with as much open-wheel racing experience and knowledge. My first love is open-wheel racing, so to be a part of the Indy Racing League, with the leadership Mr. (Tony) George has to guide owners as well as the league, is a dream come true for a businessman with a passion for racing.

The team recently moved into a new race shop in Brownsburg a few miles west of the famous Indianapolis Motor Speedway.

The Indy Pro Series begins its 16-race schedule with the Miami 100 on the oval at Homestead on March 29. IndyCar.com