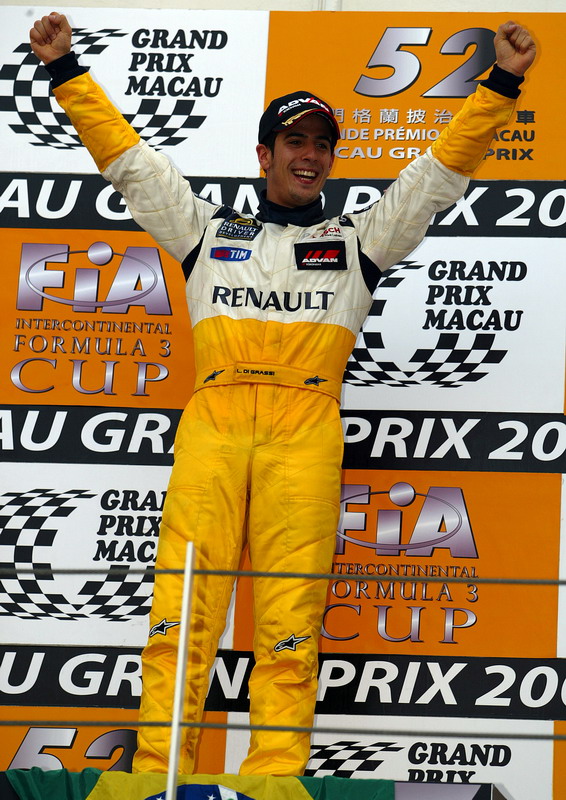 UPDATE "I am delighted," commented DiGrassi. "I have been waiting for this moment all year. It's certainly the best day of my career: I have beaten the best F3 drivers in the world. At Macau, it is not always the quickest car that wins, but the driver that has the best strategy. That was me today, and I am proud we could demonstrate it."

The other RDD representative in action was Frenchman LoÃ¯c Duval, and he had distinguished himself throughout the weekend. Having topped qualifying and won the qualifying race from pole, he started from pole in the blue riband event. However, he jumped the start and, while leading, was penalized by the stewards. He served a drive-through penalty to emerge amidst the chasing pack. But he drove aggressively to climb back up to 6th position.

"I had a great chance to win today, but it all went wrong," lamented Duval. "At the start, my hand slipped off the handbrake and the car moved… I had to serve the penalty, which was completely justified. It goes without saying that I am really disappointed." Both drivers are Renault Development drivers.

The battle for victory was blown wide open at the start when pole position man Loic Duval, who had dominated the qualifying race on Saturday, was adjudged to have jumped the start when his car moved forwards when the lights were still red. 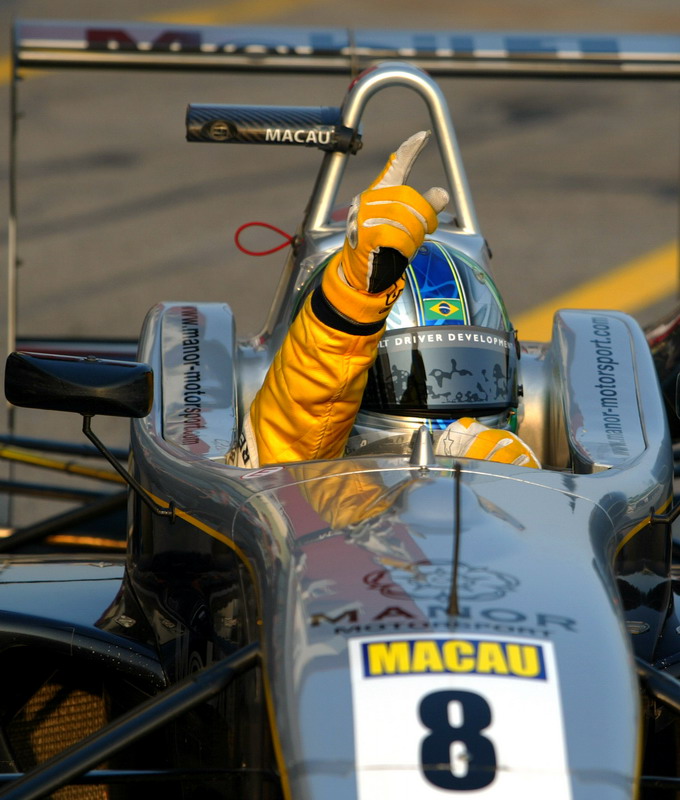 Duval managed to keep the lead at the start and stretched out an impressive 2.2 seconds lead over the first lap. After opening up his advantage by a further one second a lap, the Race Stewards decided to hand him a drive-through penalty. He pitted on lap six and dropped well down the order. (Di Grassi, left, benefited from a jumped start penalty for Duval)

Duval’s penalty meant that the fight for the lead was left between di Grassi and Kubica, who were locked in a thrilling battling for the entire race. Di Grassi had moved to the head of their battle on lap two, with a brave move around the outside at Lisboa, but lost what was then the lead on lap 10 when Kubica dived down the inside at the same corner after getting a good slipstream.

Kubica seemed set for victory but the Safety Car was called out at the end of that lap after Danny Watts, Charlie Kimball and Dan Clarke were involved in a collision at Faraway that left cars in a dangerous position.

The Safety Car pulled in at the start of lap 14 and di Grassi seized the opportunity to slice past Kubica on the run into Mandarin. He then stayed ahead, despite intense pressure from Kubica, to take the victory.

“It was a great win," said di Grassi. “If it hadn’t been for the Safety Car then I don’t think I would have been able to respond to Robert, but I took my chance and I am obviously very happy."