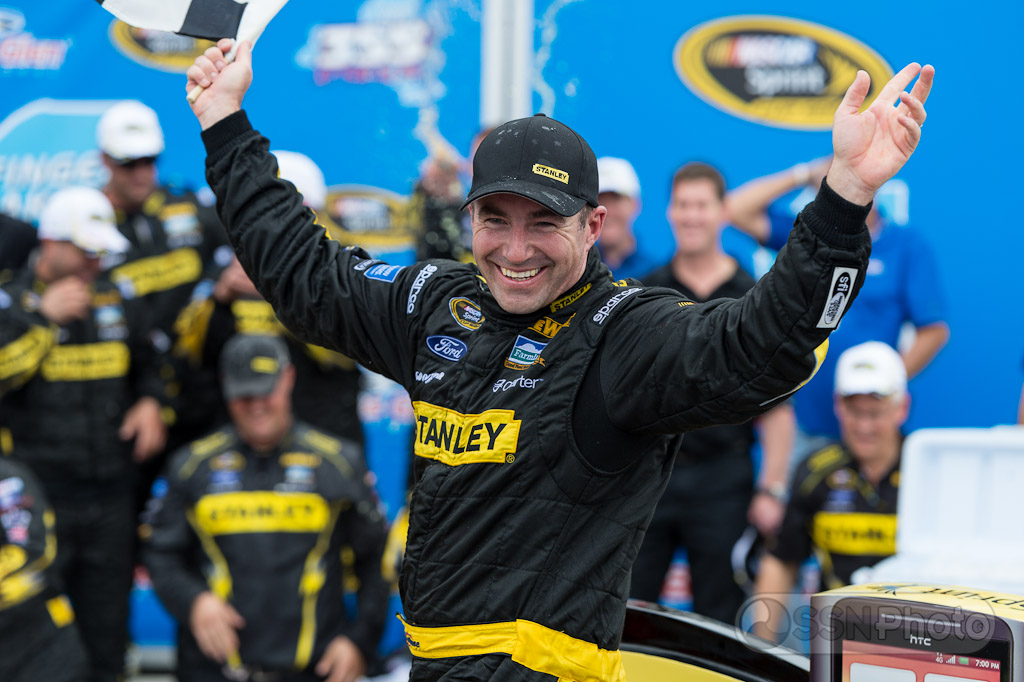 Marcos Ambrose is plotting his first miles back behind the wheel of a V8 Supercar before the end of the year.

Following the announcement that Team Penske has bought a majority shareholding in DJR, Ambrose is looking to cut some test laps at media and corporate ride days in December.

DJR also has two private test days remaining in their season allocation of three and appears unlikely to run again without Ambrose.

"We plan on doing media rides and corporate rides and things like that," Ambrose told Speedcafe.com of getting pre-2015 mileage.

"It depends on whether DJR uses all their remaining test days before I get there.

"Obviously they have issues about their championship and their hopes and their plans. It is their choice to make.

"The way the series has test restrictions, it's hard to get seat time.

"It's their choice to make. There are not many test days left but I'm sure I'd stay down and try to do that test with them."

Ambrose will return to Australia following the final NASCAR Sprint Cup race at Homestead on November 16 before attending the V8 Supercars season finale at Sydney Olympic Park from December 5-7.

Dick Johnson said that if an opportunity becomes available the team will endeavour to accommodate Ambrose with a test.

"Our focus is finishing our championship right now, however if Ambrose is out during a test day we would look at trying to get him in a car," said Johnson. Speedcafe