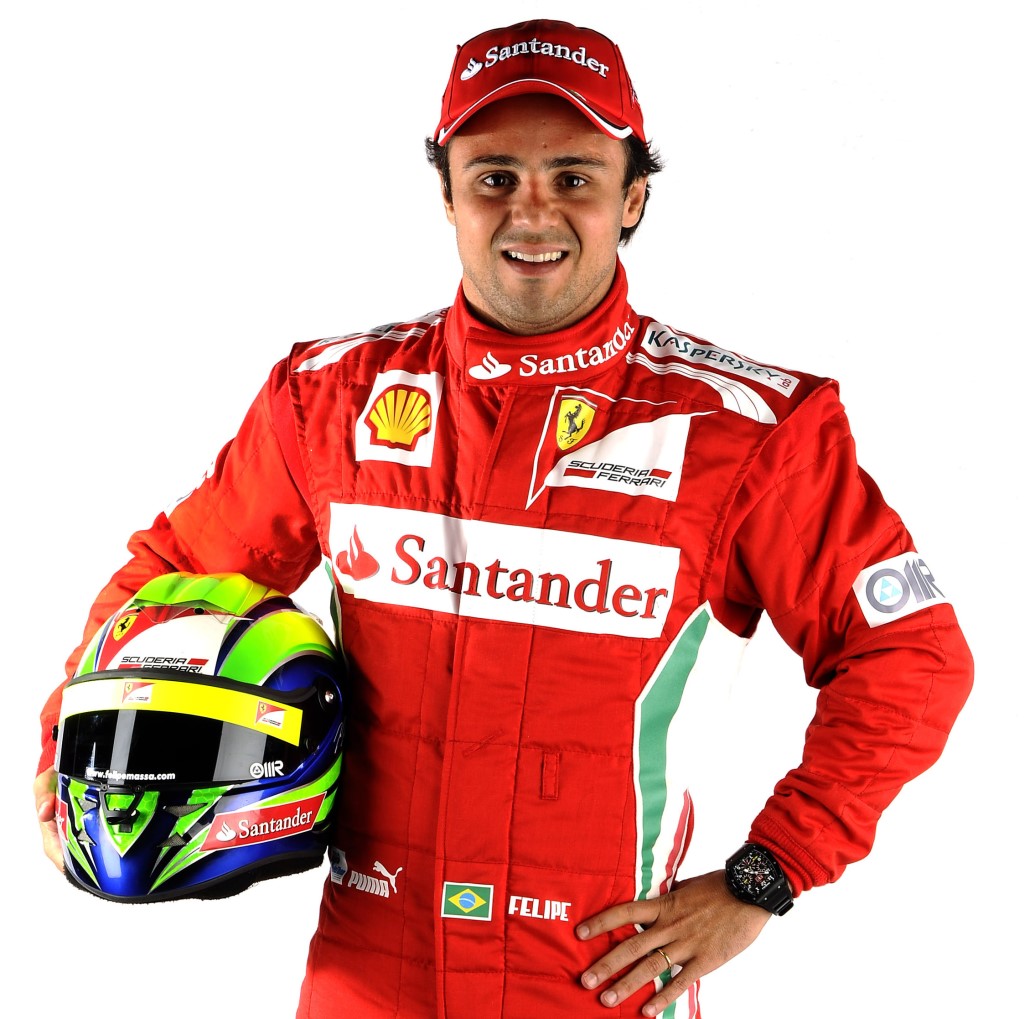 UPDATE #4 This rumor is upgraded to 'strong' today. Felipe Massa has admitted he is "very close" to agreeing a new deal to stay with Ferrari in 2013.

Blick newspaper reported this week that Ferrari is set to keep the Brazilian for an eighth consecutive season next year, with Germany's Auto Motor und Sport agreeing that an announcement could be imminent.

Asked by the Brazilian sports daily 'Lance!' how close he is to securing a new contract, the 31-year-old driver answered: "Very close."

Asked when he expects the final decision to be made, Massa added: "It's hard to say.

"When you have nothing (signed), there is no certainty, but it shouldn't take long until I have a clear understanding of the situation."

Asked what he made of team president Luca di Montezemolo's recent statement that Sergio Perez is not ready to race for Ferrari, Massa admitted: "It shows that Ferrari is planning to continue with me."

But, amid reports Nico Hulkenberg and Heikki Kovalainen are also in the frame for the 2013 seat, what if Ferrari ultimately chooses someone else?

"Why not? But I don't think that will happen in the near future," he insisted. "I am thinking of continuing in formula one as a professional driver with the potential to win races."

With his Brazilian compatriots Rubens Barrichello and Lucas di Grassi having headed to IndyCar and world touring cars respectively after F1, Massa was asked if he can rule out doing the same.

"I have no idea," he answered. "I haven't even thought about it.

"At the moment I am only thinking about continuing in formula one. And the possibility of that happening is good."

(GMM) Ferrari is set to announce that Felipe Massa is staying with the famous Italian team in 2013.

Intense speculation has surrounded the future of the Brazilian, who since 2010 has struggled to shine alongside his highly rated teammate Fernando Alonso.

But in an article by veteran correspondent Roger Benoit, the Swiss newspaper Blick said the 31-year-old is staying put in the wake of his recent form surge.

In Singapore last weekend, Alonso publicly backed Massa, deriding the "little names" that had been linked with his place for next season.

"With all the names you hear, if you compare what Felipe has done and what these little names have done …" he said.

"In my opinion we need to have a driver that respects Ferrari, that respects the tradition that here we work for the team, for the red cars," added Alonso.

09/07/12 Ferrari may be tempted to re-sign Michael Schumacher as "a short-term fix" if they dispense with Felipe Massa's services at the end of the season, according to Sky Sports F1's David Croft.

Schumacher won most of his 90+ F1 races driving for Ferrari.

Schumacher, now in the third year of his second coming as a F1 driver, revealed in Spa that a decision on his future would be announced in October. Since then, however, events have seemingly overtaken the seven-times World Champion with reports suggesting that Mercedes are waiting to learn if their overtures towards Lewis Hamilton will be successful before considering whether to retain Schumacher as Nico Rosberg's teammate.

A transfer for Hamilton would thus seemingly signal the final end of Schumacher's twenty-one-year F1 career. However, during the build-up to this weekend's Italian GP and a Practice One session in which Schumacher set the fastest time, Crofty raised the fascinating possibility of the 43-year-old extending his time in the sport with a return to Ferrari, who he drove for across a decade until retiring first time round in 2006.

"The likelihood is that Michael would step down but there might be an opening at Ferrari for him because there is still a big question mark against Felipe Massa's career there," he added.

"Michael would be a good short-term solution – he might not necessarily challenge Fernando Alonso but he would push him.

"Michael's not had the greatest season but it's not all been his fault and I think there might be enough of the old magic left to tempt Ferrari." Sky Sports

09/05/12 (GMM) A pair of Germans are in the running to replace Felipe Massa at Ferrari in 2013, the major Bild-Zeitung daily reports.

The newspaper said the Maranello based team has now almost certainly decided to part with Brazilian Massa at the end of his seventh consecutive season with Ferrari.

Reports last weekend at Spa suggested Nico Hulkenberg, who currently races for Force India, might already have signed some sort of agreement with Ferrari.

"I can neither confirm nor deny the thing (story) about Ferrari," he told Bild.

Another candidate, the report said, is fellow German Adrian Sutil, who is still looking to return to formula one after losing his Force India seat amid the Shanghai nightclub assault affair of last year.

The 29-year-old told Bild: "Ferrari is looking for a reliable second man who scores points regularly. I think I can be trusted to do that."

(GMM) Nico Hulkenberg has described as "speculation" reports he could be headed to Ferrari to replace Felipe Massa in 2013.

After taking some time to settle back into racing this year following a season on the bench, the former Williams driver has impressed at Force India in recent grands prix.

"That (early struggle) has changed and now I am fully comfortable," he said ahead of this weekend's Belgian grand prix.

Reports have even mentioned Hulkenberg, 25, as a possible contender for struggling Massa's cockpit alongside Fernando Alonso.

"That's all speculation and it wasn't me who put it on the table," he is quoted by SID news agency at Spa.

"It's nice when you get good press, but I'm just concentrating on my job," added Hulkenberg.