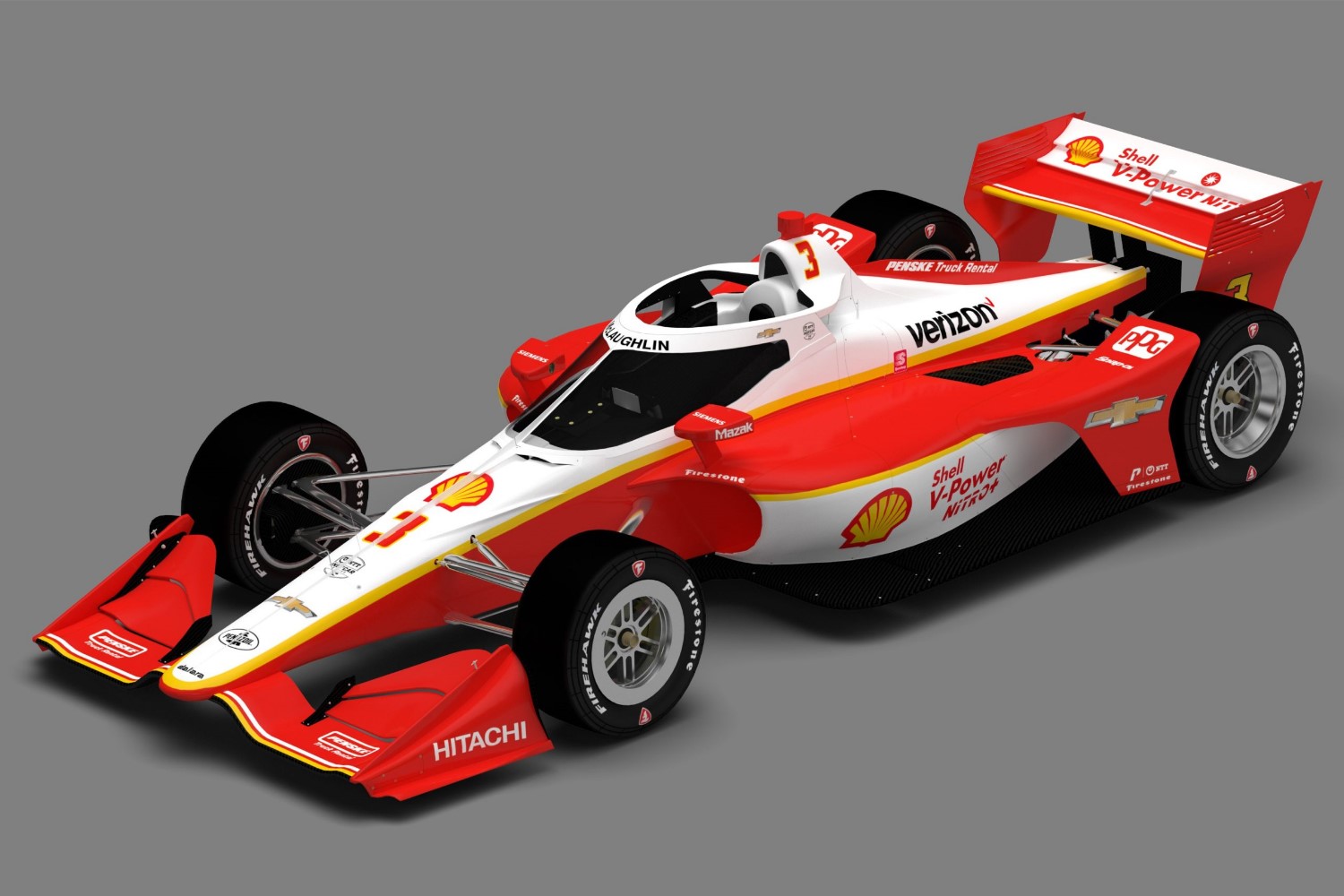 Team Penske has revealed the livery with which Scott McLaughlin will run in his IndyCar Series debut next month and it’s very similar to his Supercars livery.

McLaughlin will run #3 on his Chevrolet-powered Dallara IR18, the same number that Helio Castroneves ran in this year’s Indianapolis 500.

The Australian will carry a color scheme similar to what Castroneves has run on occasion and similar to his Shell V-Power Racing Team Ford Mustang, donning the Shell colors.