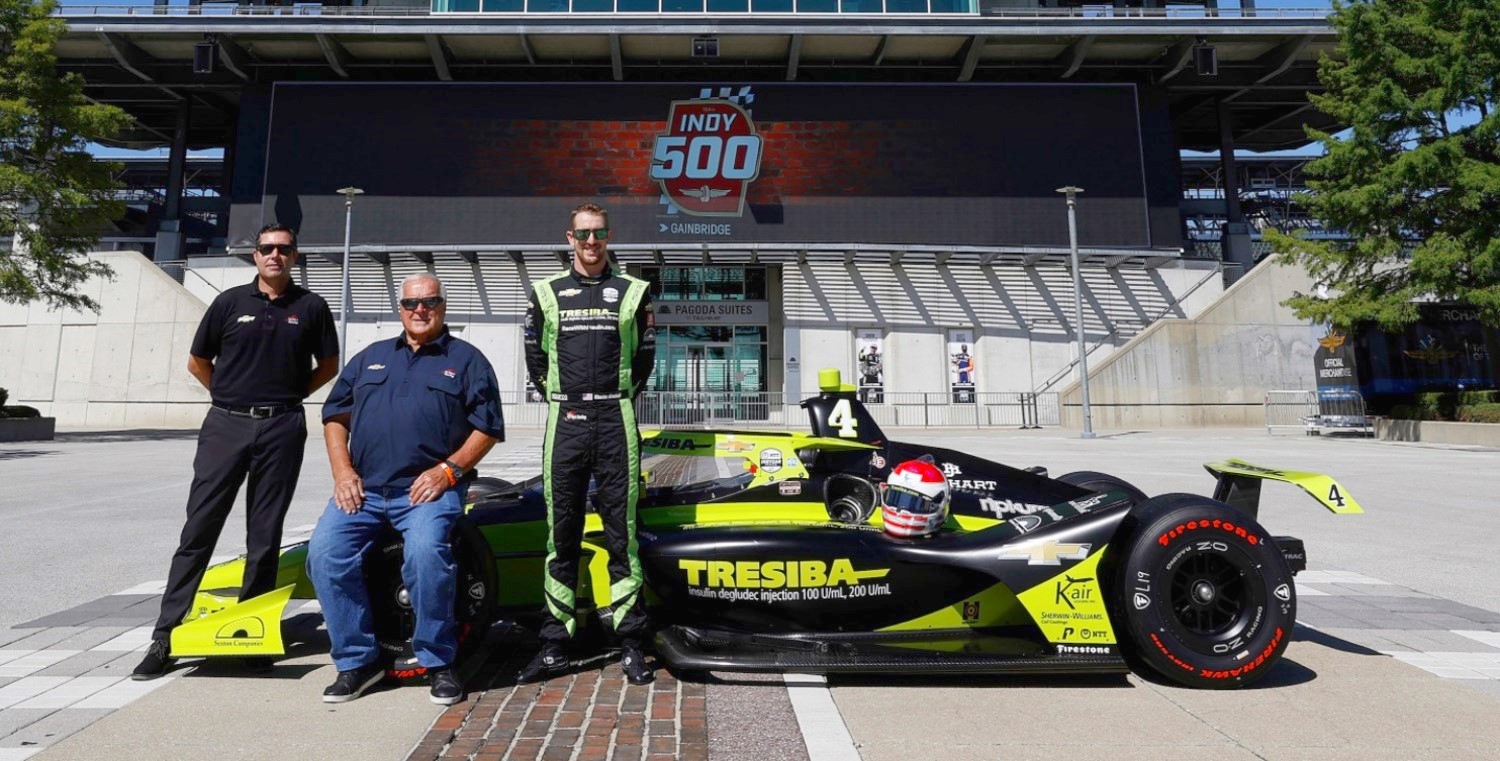 AJ Foyt Racing announced today that Charlie Kimball will be back in the cockpit for two races in the 2021 NTT INDYCAR Series. The 35-year-old Californian will pilot the team’s No. 11 Tresiba® Chevrolet in the 105th running of the Indianapolis 500 on May 30 after competing in the Indy Grand Prix on the IMS road course on May 15.

We have updated our 2021 IndyCar Silly Season page accordingly.

For the 13th consecutive season, Kimball will partner with his longtime sponsor, Novo Nordisk, a global healthcare company, as part of the company’s Race with Insulin initiative. Tresiba® (insulin degludec injection) 100 U/mL, 200 U/mL is the insulin Charlie takes to manage his type 1 diabetes. Novo Nordisk has sponsored Kimball every year since his 2009 debut in the Indy Lights presented by Cooper Tire Series. Kimball debuted in the NTT INDYCAR Series in 2011.

For the month of May, Kimball will be part of a three-car effort from the Texas-based team, partnering with Sebastien Bourdais in the No. 14 Chevrolet and Dalton Kellet in the No. 4 Chevrolet. Kimball ran the full 2020 season with Foyt and closed it out finishing eighth in St. Petersburg, Florida.

“It’s awesome to have Charlie and Novo Nordisk back for the month of May,” said Larry Foyt, president of A.J. Foyt Racing. “They were both great to work with throughout the challenges of 2020, and I’m glad we can continue the program. Charlie is focused on producing great results, and we are working hard to put the best group together for success.”

In 155 races, Kimball has posted six podium (top-three) finishes, and an additional eight top-fives. He has finished in the top-10 (6ththrough 10th) 45 times and has led 163 laps.

“Over the last 13 years, Charlie Kimball and Race with Insulin have become an important part of Novo Nordisk,” said Chip Amrein, lifecycle management and connected care lead. “We are pleased to join AJ Foyt Racing for both the Indianapolis Grand Prix and the Indianapolis 500 this year and to continue supporting Charlie as an ambassador and inspiration within the diabetes community.”