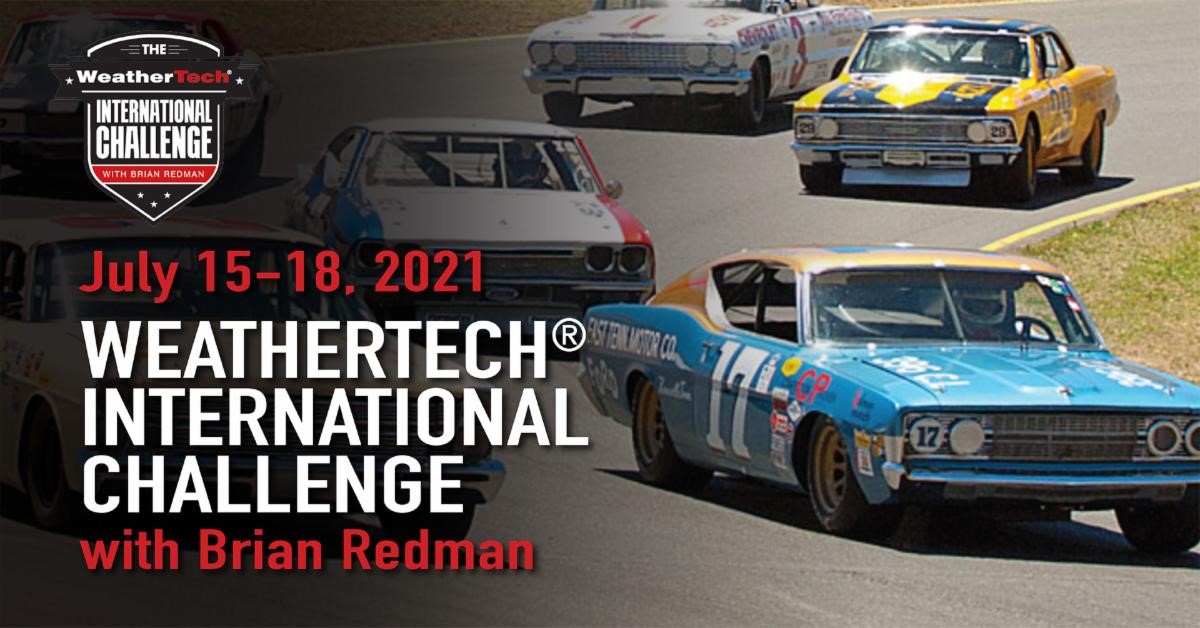 Road America announced entries are open for the 2021 WeatherTech International Challenge with Brian Redman, July 15-18, and fans are welcome as historic NASCAR, and Grand National cars are the featured marques this year. Widely known as one of the largest vintage racecar gatherings in the United States, featuring over 50 classes of cars racing in several groups, The WeatherTech International Challenge with Brian Redman recalls a time when engineering diversity and bravado behind the wheel were the keys to success on the track.

Many of the cars also have interesting racing pedigrees, with a selection of enthralling machinery dating back to Pre-World War II. The weekend schedule will also be bolstered by the popular Masters Historic group and Formula 5000. This mid-summer classic event includes everything from an extraordinary concourse on Friday and Saturday to a unique NASCAR and Grand National racer reunion with a relaxed, nostalgic mood making the WeatherTech International Challenge with Brian Redman a can’t miss spectacle for any racing enthusiast.

Interested competitors are encouraged to register early as lists and paddock spaces fill up fast. For more information on the event and registration, competitors can go to the event page of the Road America website here: https://www.roadamerica.com/weathertech-international-challenge-brian-redman

Having both historic NASCAR and Grand National cars serve as the featured marque for 2021 is a fitting tribute for Road America as the NASCAR XFINITY Series has raced at the fabled four-mile 14-turn circuit since 2010. However, most NASCAR fans aren’t old enough to remember when NASCAR racing came to Wisconsin. The date was Sunday, August 12, 1956, and at the urging of Carl Kiekhaefer of Fond du Lac, Wisconsin, the Grand National Division (now NASCAR Cup) ran the 37th event 56 that counted towards the championship battle. Many of the 26 drivers who took the green flag that day read like a who’s who of the early days in NASCAR racing – Lee Petty, Junior Johnson, Buck Baker, and Fireball Roberts were a few notables. Still, Tim Flock took the checkered flag, in the rain, driving a Mercury, at a speed of a top speed of 71.4 mph.