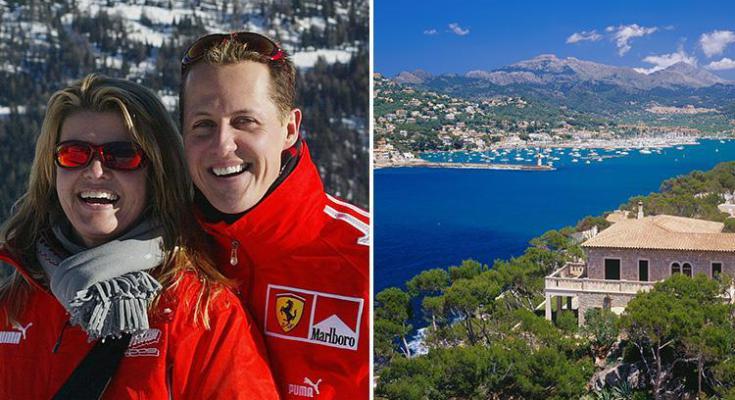 (GMM) Michael Schumacher’s famous estate located in Gland, on the shores of Switzerland’s Lake Geneva, has reportedly been put up for sale.

According to Bunte, a German people magazine that is well-known for reporting behind-the-scenes news about the Schumacher family, the F1 legend’s wife Corinna has listed the 20,000 square meter property for EUR 58.7 million.

It is believed Schumacher, whose physical condition following his 2013 skiing accident is kept secret by the family, has actually lived in a holiday home in Mallorca, Spain, since 2018.

The news comes just days after the 50th birthday of Schumacher’s 1997 title rival Jacques Villeneuve, who said he is no longer “angry” about their notorious Jerez crash.

“That Michael did that helped me to win. I can’t be angry,” the Canadian told Corriere della Sera.

However, Villeneuve said the pair were never friends.

“It’s like at school, where there is always someone you will never get along with. It was a fight between wolves and he was the hardest wolf to beat.”

Villeneuve said his 1997 title means more because he was able to defeat the now 52-year-old German.

“Beating Michael mattered a lot more than beating Ferrari,” he insisted. “Ferrari wasn’t the team to beat that year – Michael was. He had built a team around him.”