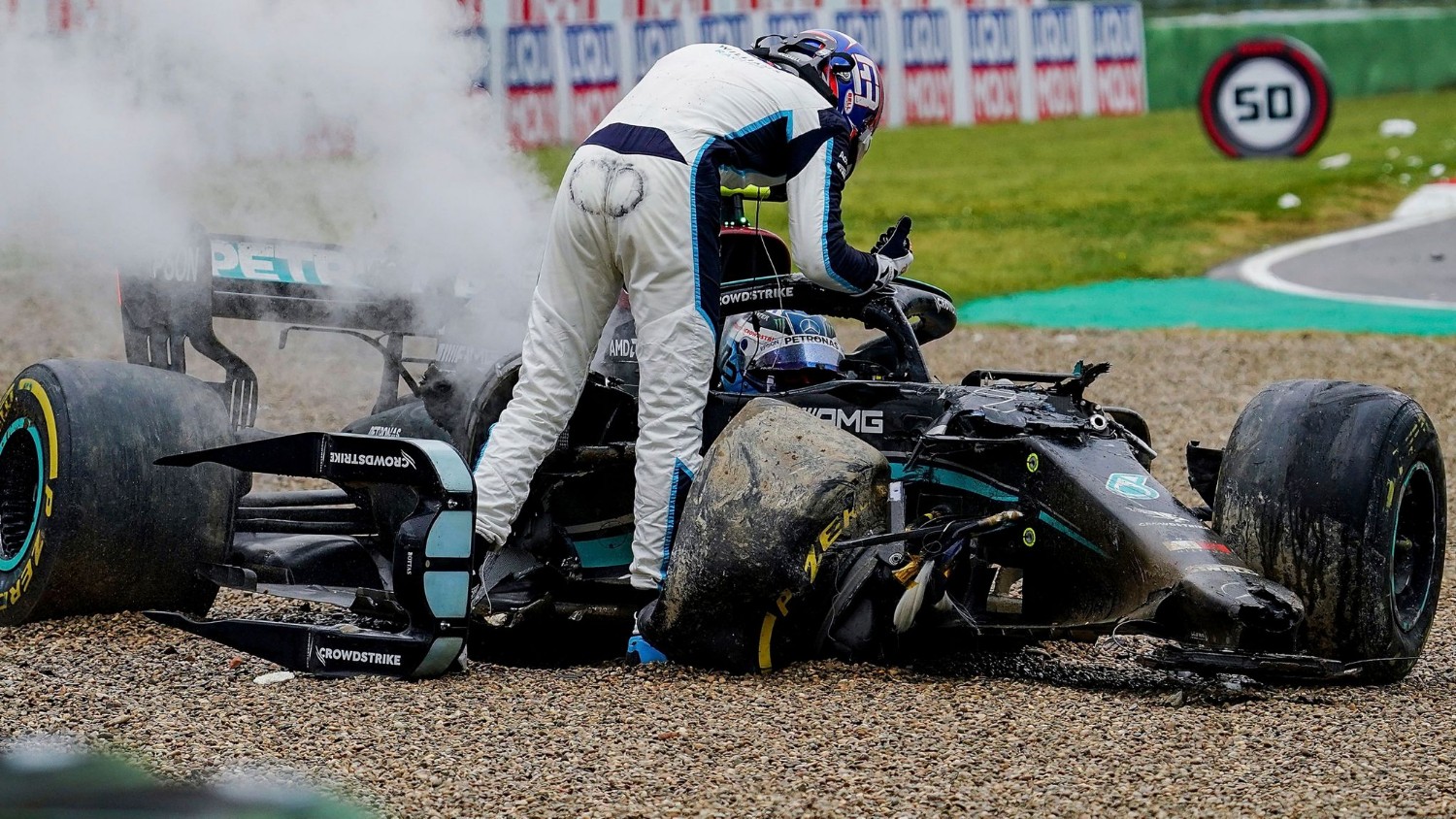 (GMM) George Russell didn’t need to apologize for his high speed crash with Valtteri Bottas, after which the British driver slapped the helmet of his Finnish rival.

The crash and aftermath was a media highlight of the race at Imola, leading to Mercedes junior Russell issuing a public apology for his conduct.

Williams boss Jost Capito, however, made clear that he didn’t ask for the apology.

“No. I would not have apologized,” he told Auto Motor und Sport. “But it’s up to him. I didn’t blame him, but everyone is different.

“That’s always my principle,” Capito explained. “The drivers should keep their personalities and be true to themselves, openly and honestly.”

It is an interesting period in the history of the Oxfordshire based team, following the sale and departure of the founding Williams family.

Some wonder if the arrival of Dorilton Capital, and the fact that Williams will for the first time buy its gearbox from Mercedes next year, marks an end to the team’s full independence.

“That has nothing to do with independence. We are still independent,” Capito insists.

“When you buy parts, you don’t become dependent on anyone. The engine and transmission are one unit so if you can get that, you have to take it and we are developing it together anyway.”

However, the move comes amid obviously tightening relations between certain team factions, including Ferrari-Haas and Mercedes-Aston Martin.

“We don’t talk about the others,” Capito responded. “As Williams, we want to remain independent.

“If your goal is to compete for the world championship again at some point, there is no other way. You can’t be a second-tier team for that.”